Shopping on the Champs-Élysées - Marks & Spencer and Mercedes-Benz


I've said it before and I'll say it again, I'm a tweeter. And even though you can't determine a person's nationality on Twitter, it has been pretty obvious over the past couple of weeks if someone is American or English. Here's my methodology - if they're tweeting about how delicious the burger and fries are at Le Camion Qui Fume, an exciting new food truck in Paris, they're probably American. If they're tweeting about the re-opening of Marks & Spencer on the Champs-Élysées, chances are that they're British. I'm pleased to report that my accuracy rate is 99.99%.

While there are quite often lines in front of the well-known luxury stores on the Champs-Élysées, it has been amusing to hear people with English accents wondering why anyone would stand in front Marks & Sparks, the British retail store that sells clothing and luxury food products.


For me, it was the thought of mince pies and well...mince pies that had me waiting in the cold. Upon entering the store, I made a quick reconnaissance of the women's wear (nope, nothing for men or children) and headed towards the food department, where there was yet another line.

Fortunately, we didn't have to wait too long to discover that there wasn't a lot left on the shelves. People were throwing Christmas puddings, English muffins and scones in their baskets as quickly as the employees could restock. Best of all was overhearing the "What is this?" comments made by the French people who were baffled by many of the products. They reminded me of how I feel when overwhelmed by the selection of cheese or wine in the local stores. 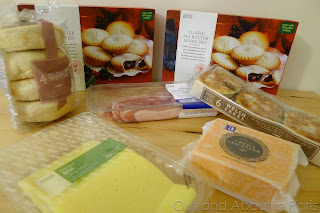 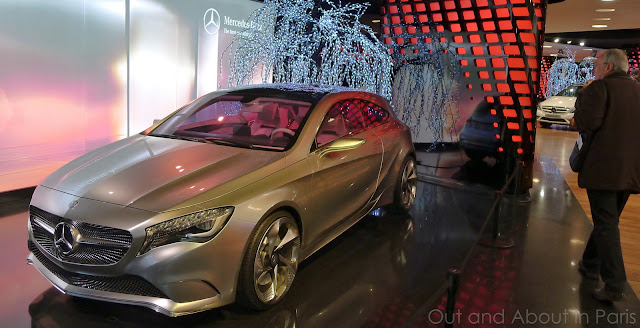 Getting my fix of mince pies for the year must have gone straight to my head because I found myself inexplicably drawn to the Mercedes-Benz showroom. Ok, I admit it - I'm always drawn to the car showrooms on the Champs-Élysées. I can't help it. Maybe it's a side effect of riding the metro all of the time.

Among the suitcases, caps and model cars, I noticed these wine stoppers that were inspired by the gear shifters of Mercedes-Benz classic cars. While I agree that there may be a need for stoppers for red, rose and white wine, I'm slightly baffled by the one for champagne. 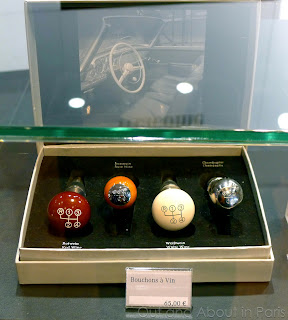