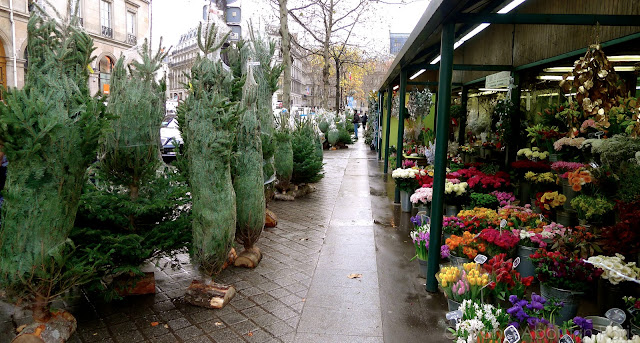 What should I do about a Christmas tree? That's the question that has been plaguing my mind for the past couple of weeks to the point that I can't seem to think of anything else these days.

While there are lots of trees of all shapes and sizes in Paris, the problem is that we don't have anything to put on the tree after we bring it home. By definition, Christmas trees are supposed to be adorned with twinkling lights, ornaments and mementos of Christmas past. But that's the problem. Since I decreed that no one could speak about our move to Paris until after New Year's last year, we didn't talk about where we would spend the holidays this year until after our Christmas decorations were already stored in the basement of our house in the United States. All of the ornaments that Stephane and I bought for our first Christmas together, the construction paper angels and stars that our children made in school and the rubber Santa that always reduces Sara and Philippe to tears as they laughingly twist his body into contortions before placing him in a rather risque position in the middle of the tree are on the other side of the Atlantic Ocean.

Even though I'm feeling a bit stressed, I keep telling myself to think outside the box. After all, some of our most memorable trees have been born out of desperation, like the ones in Bali where I strung some white lights on a fake tree and told Sara and Philippe that they could decorate it every day with delicate temple flowers. It was beautiful.

So, here's what I've come up with so far:

We could have an environmentally friendly Christmas tree if I collect old metro tickets and turn them into origami ornaments like those made by artist Kim Quach. While this photo doesn't do justice to Quach's creations, I hope that you get the idea. If not, please click on the above link and see what else she does with metro tickets. It's amazing.

Or, I could nix the Christmas tree idea and decorate an Eiffel Tower instead. 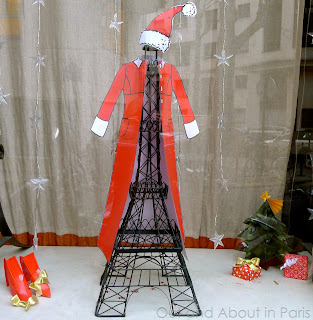 One thing that I won't be able to do is to tell the kids that we can just enjoy looking at everyone else's Christmas trees and not have one of our own. I tried that last year after Stephane and I, the Heathrow refugees, arrived in the USA early in the morning on December 24 after being stranded in London for a week because of the snow. We still had to have a tree! 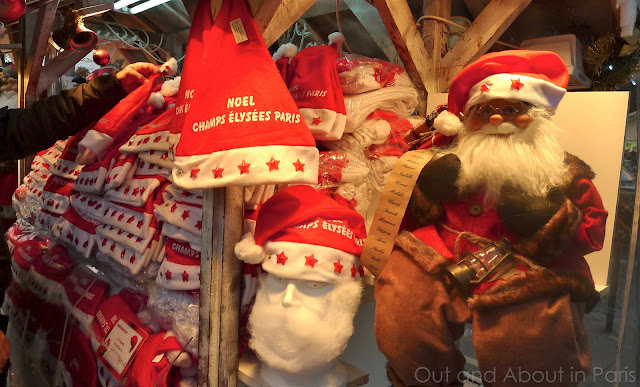