George Whitman of Shakespeare & Company - Thanks for a memorable evening in May!


Until I received the following email from Bob, a friend who lives in a small town in Ohio, I wasn't going to write about the recent death of George Whitman, the owner of the beloved English language bookstore in Paris:

In the three times I've been to Paris, I've never visited Shakespeare & Co. I'd love to go there in March. Obituary: Shakespeare and Company owner George Whitman dies aged 98

Rather than speak of Mr. Whitman's death, I would prefer to tell you about the one and only time that I had the pleasure of seeing him. It was during an unseasonably warm evening last May when an enthusiastic crowd of expats and tourists was gathered in front of the book store. While tapping their toes to the lively tunes of "The Paris Sheiks", everyone's gaze shifted momentarily from the band to the tufted head of an elderly gentleman peering out from one of the windows above the shop. As word quickly spread that it was George Whitman, Sylvia turned, caught sight of her father and waved. Spontaneously, everyone else yelled, "Hello George" and applauded. He smiled, remained at the window for a few more minutes and then disappeared from sight.
When the person next to me mentioned that Mr. Whitman was in his nineties, I remember thinking that it must have been reassuring for him to have tangible evidence that his life's work has touched so many lives. Without a doubt - one of my best memories of Paris was created that night. Thanks, George!
Do you have a favorite Shakespeare & Co. memory?
If you would like to learn more about Mr. Whitman's life, here are the links for an article in the New York Times and for the documentary, Portrait of a Bookstore as an Old Man. 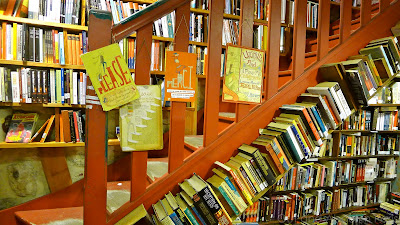 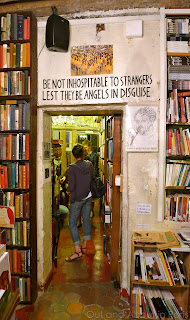 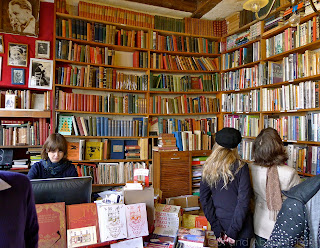 Be not inhospitable to strangers lest they be angels in disguise. - W.B. Yeats 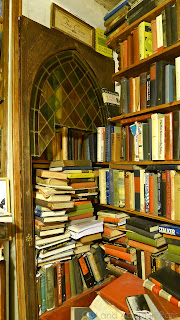 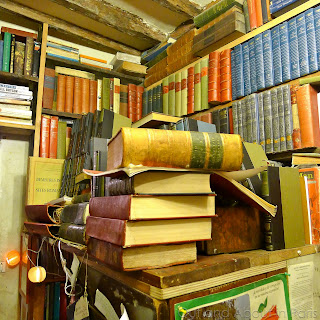