Hôtel de Ville in Paris: You've seen the outside, now it's time to see the inside! 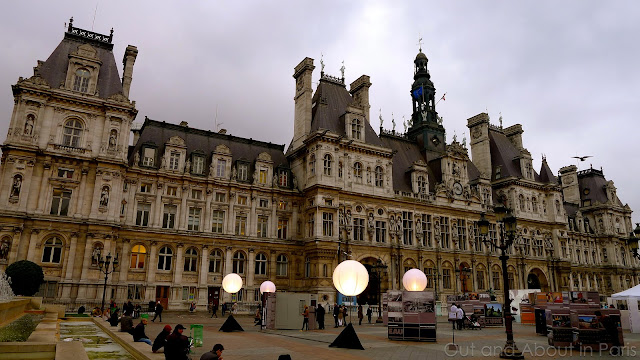 While walking from the Marais to the Île de la Cité, you may have marveled at the majestic Renaissance facade of the Hôtel de Ville and wondered if it's as impressive on the inside as it is on the outside. Thanks to the excellent tour organized by Véronique Kurtz, the Art History Director of WICE, I now know the answer to that question. Click on any of the photos that you would like to enlarge and see what you think. 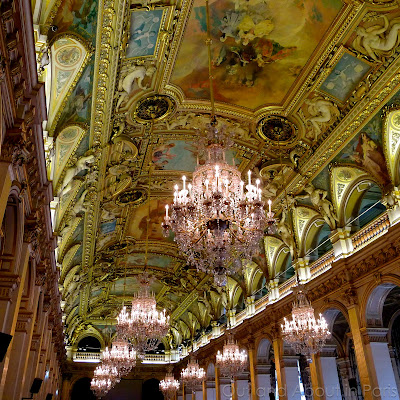 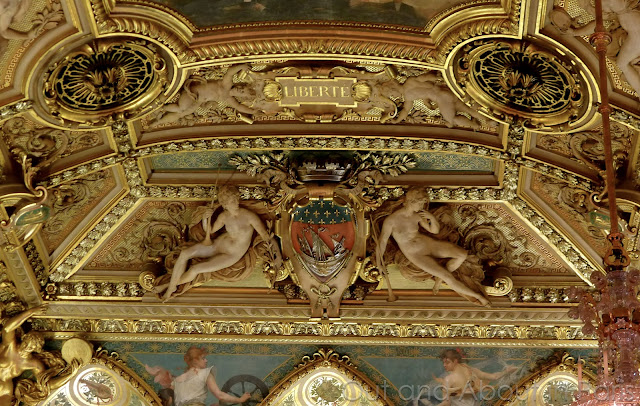 Even though the ornate Salle des Fêtes may be reminiscent of the Hall of Mirrors in Versailles, interspersed amongst the paintings depicting music and dance are features representative of the French Republic. Liberté, Fraternité and Egalité ("Liberty, Fraternity and Equality") - these ideals are enshrined in gilded letters in this magnificent room. 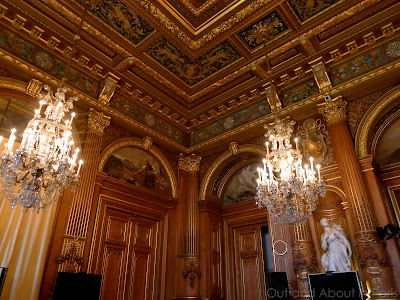 Paintings in the Salon Jean-Paul Laurens recount the city's struggle for municipal freedom. 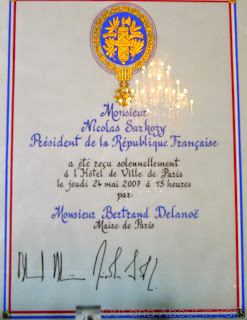 It is also where the mayor of Paris welcomes the newly elected president of France. Monsieur Nicholas Sarkozy, the current President of the French Republic, was solemnly received on Thursday, May 24, 2007 at 3:00 p.m. by Monsieur Bertrand Delanoe, the Mayor of Paris. I wonder if President Sarkozy will have the opportunity to return to this impressive room after the presidential elections in April 2012. 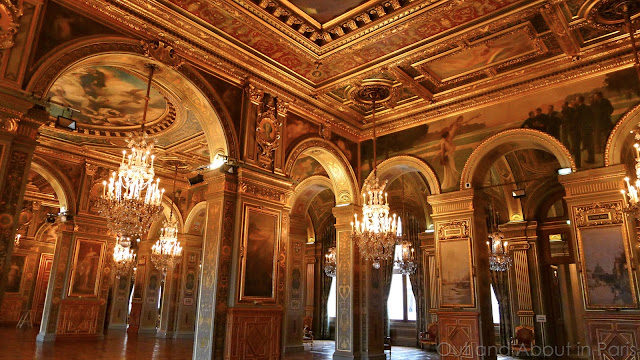 With paintings of some of the most illustrious scientists, writers and artists, the Salon des Arcades exalts Paris as the capital of science, literature and the arts. 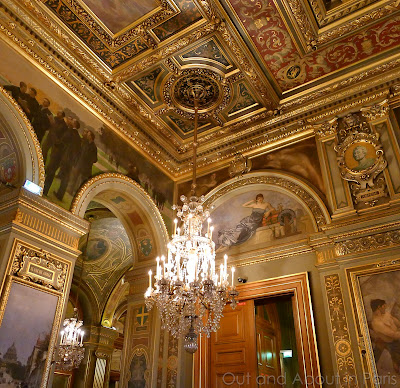 The juxtaposition of the portrait of Andre-Marie Ampere, for whom the base SI of electrical current is named, with the luminescent Baccarat chandelier is a tangible reminder of the contributions that the French have made to the world. 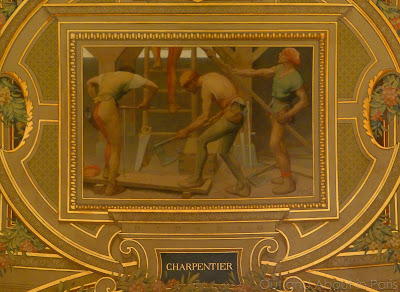 In the Salon des Arcades, paintings also feature the tradespeople of Paris, such as carpenters, stained glass artisans, stone cutters and tapestry makers.

Reconstruction of the current Hôtel de Ville started in 1873 and lasted until 1892 (nineteen years) after the previous building was burnt by Commune extremists, who had been using it as their headquarters.

Free guided tours of the prestigious reception rooms of Hôtel de Ville are available for groups and individual visitors Monday through Friday by appointment. Telephone numbers 01 42 76 54 04 or 01 42 76 50 49. 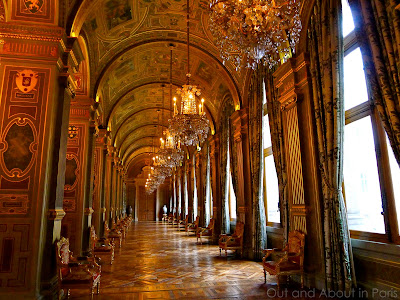