Landing on the roof of the Galeries Lafayette 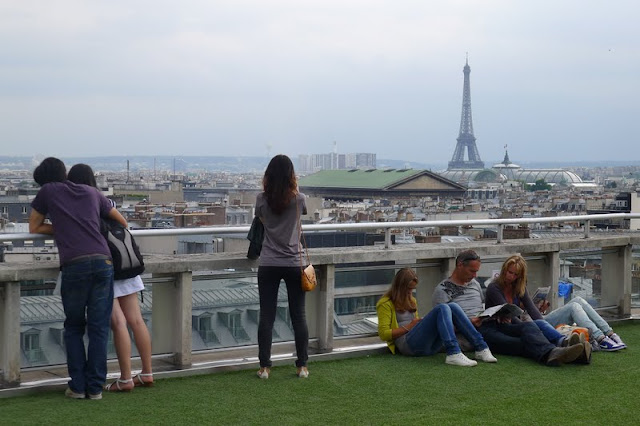 The next time that you're admiring the views of Paris from the terrace of the Galeries Lafayette, take a minute to look around and imagine landing a plane there.  That's exactly what the pilot, Jules Vedrines, did on the auspicious date of January 19, 1919.   According to the commemorative marker shown below, it was the first time that a plane landed on the roof of a building in a large city.

What else can you do on the terrace?  Well, judging by the people in the first photo, you can share a special Parisian moment with your significant other, take a photo of the stunning cityscape, or completely ignore the view of the Eiffel Tower like the family who appear to be studying a guidebook and wondering what they should see next!  You can also have something to eat and drink at the rooftop cafe or get a cup of coffee from the coffee cart. And if you would have been here during the French Open in June, you could have played tennis on the terrace with a pro.

The terrace is located on the 8th floor of Galeries Lafayette.  The cafe is open Monday to Saturday from 12:00 p.m. to 6:00 p.m. until the end of September. 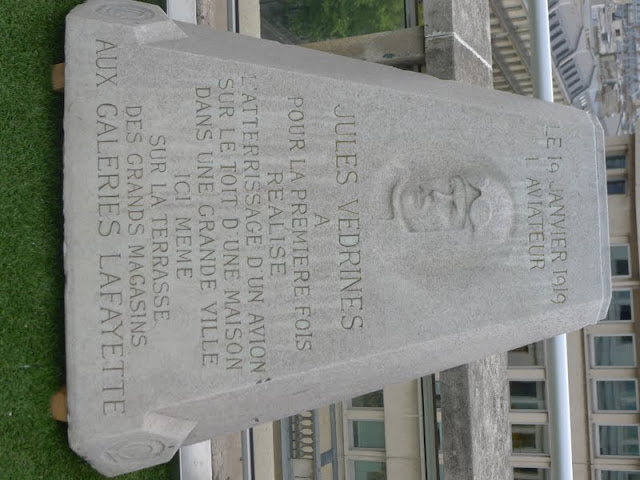