Who is Théophile Gautier and why is there a street named after him?


Whenever I'm walking around Paris, I'm hit by a barrage of information. Some of it makes sense and some of it doesn't. One of the questions that I've had for some time concerns Théophile Gautier - who was he and why is there a 550 meter long street named after him? If you speak French, you're probably grinning because you read the sign and already know that he's an author. But what did he write? 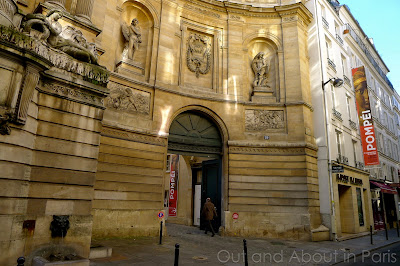 Feeling like a detective, I was pleased to find an additional clue about Gautier in an unlikely place -- the exhibition, Pompeii: an art of living, at the Maillol Museum. Amongst the silverware, ceramics and erect phalluses that represented the life force to Pompeians, there was a signboard next to the body casts of the victims that read:

In the middle of the 19th century, Théophile Gautier's short story Arria Marcella: Souvenir de Pompeii (1852) famously described a fragment of solidified ash bearing the mark of a young girl's breast, discovered in the Villa of Diomedes in 1772. This fragment was taken to Naples where it aroused great curiosity before finally crumbling into dust. 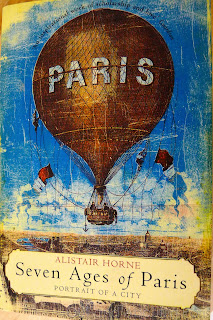 Aha, he wrote a short story! Wondering if there was anything else that I should know about Théophile Gautier, I pulled Alistair Horne's Seven Ages of Paris: Portrait of a City from the bookshelf and was amazed to see that there are six entries about him. Here's one from the section, Morale Collapses, that tells about the heinous conditions during the Siege of Paris:

By mid-December Henry Labouchère, the 'Besieged Resident' of the London Daily News, was telling his readers, 'I had a slice of spaniel the other day', adding that it made him 'feel like a cannibal'. A week later he reported that he had encountered a man who was fattening up a large cat which he planned to serve up on Christmas Day, 'surrounded with mice, like sausages'. Théophile Gautier claimed that cats and dogs in the city rapidly sensed their changed status:

Soon the animals observed that man was regarding them in a strange manner and that, under the pretext of caressing them, his hand was feeling them like the fingers of a butcher, to ascertain the state of their embonpoint*. More intellectual and suspicious than dogs, the cats were the first to understand and adopted the greatest prudence in their relations.

*Since embonpoint is not a word with which I was familiar, I looked it up at dictionary.com. It means excessive plumpness or stoutness.
Labels: Allistair Horne history Seven Ages of Paris Siege of Paris streets Théophile Gautier