Figuring things out: How to find a doctor in Paris 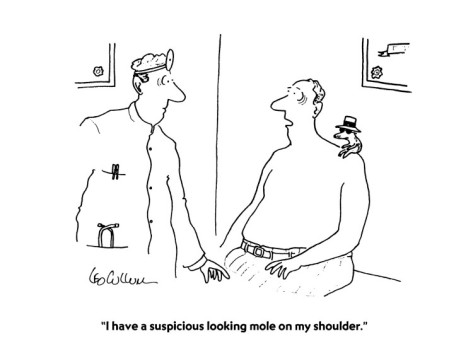 As I mentioned in an earlier post, one of my chief duties as an expat is figuring things out. Unfortunately, I would have to give myself low marks in figuring out the French medical system -- it's just something that I haven't wanted to do. One of the main reasons is that I'm tired of developing relationships with doctors only to move as soon as I've become semi-comfortable parading around in their examining room stark naked because there are no such things as modesty and paper gowns in Europe. And even though I've collected recommendations for dentists, doctors, etc., most of them aren't in our neighborhood, so it seemed kind of silly to take the metro to another arrondissement when there are lots of doctors nearby.

Thinking that I would have plenty of time to figure out the doctor situation once our children returned to Boston, I was completely unprepared when what we originally thought were some bug bites on Sara's foot started to spread and look suspiciously like poison ivy* and when I noticed an ugly looking mole* on Philippe's shoulder that wasn't there the last time that I had seen him. Switching from lethargic expat into motivated mommy mode, I told Stephane that we needed to get two appointments with a dermatologist as soon as possible.

Fortunately, a Frenchwoman had advised me to ask our closest pharmacy to recommend a local doctor, so Stephane went to talk with them while I called the American Hospital in Neuilly-sur-Seine. As soon as Stephane mentioned that we were new to the neighborhood and needed a doctor, the pharmacist pulled out an official list with the names of all of the physicians for whom they had received positive feedback. Within an hour, we had secured appointments with one of the recommended dermatologists for the same day -- pretty amazing when it can take 3-6 months to even get your foot in the door with a dermatologist in the United States and Switzerland. I know because one of my pet peeves is that dermatologists are usually busy doing Botox treatments when you need to see them for something that's potentially urgent.

I'm pleased to report that the dermatologist is very good and that I scheduled an appointment for myself on Friday. The only drawback is that she doesn't speak English, something that came as a bit of a surprise because I'm used to doctors in Switzerland who generally speak several languages.

If you need immediate medical attention in Paris, please refer to Anne's post about SOS Médecins, doctors who make house calls 24 hours a day, seven days a week. Their phone number is 3624.

*Sara's spreading inflammation was probably poison oak that she got while at a conference in San Francisco. As poison ivy, oak and sumac is very uncommon in Europe, the dermatologist was excited to see the rash first hand.

*Philippe's mole was the re-pigmentation of the skin from a mole that hadn't been completely removed by the dermatologist in the USA last summer. I had no idea that moles can grow back and now understand why doctors in Switzerland and France prefer to excise them with a scalpel.
Labels: doctor expatriate lifestyle health insider's tip