Can the Arc de Triomphe fit inside the Opéra Garnier?

The next time that you're gazing up at the full height of the Arc de Triomphe, take a moment to ask yourself if it would fit inside the rectangular area where the stage is located in the Opéra Garnier. The answer is -- yes, it will! That's just one of the many fascinating facts that I learned during my recent tour of the famous opera house built on the orders of Napoleon III.
Even though I've already written a post, Over-the-top Opulence: The Palais Garnier, I thought that I would share some of the photos taken during my recent tour with Stephane and Philippe. It's still opulent and shouldn't be missed! 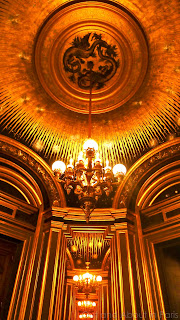 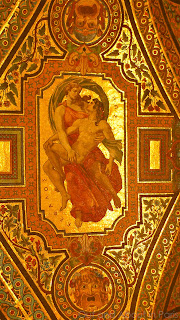 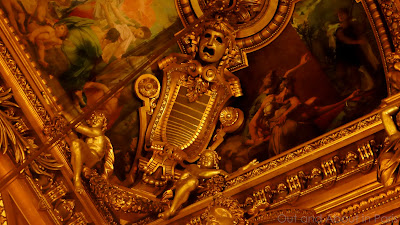 Too much gold? Then take a break at the recently opened L'Opéra Restaurant. If you've already eaten there, I would love to know what you thought because it's on my list of places to try.