If you start writing "Monday Morning Musings" in the afternoon, do they still qualify as morning musings or evening excogitations?
When Stephane and I were walking behind Sara and Philippe on our way to the bus stop recently, Stephane shouted, "You should see Mom, she looks so happy!" to which Philippe replied, "Ha! I bet she's beaming." And I was - I was beaming because I'm happiest when our family of four is together. 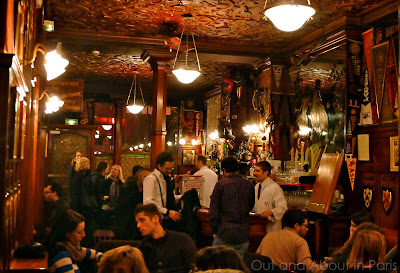 Which probably also explains why American expatriates have been flocking to Harry's New York Bar ever since it was dismantled and shipped from New York City to Paris in 1911. With its faded college pennants and dark wood panelling, the oldest cocktail bar in Europe feels familiar and friendly - kind of like home. As the bar was frequented by the likes of Ernest Hemingway, Rita Hayworth, Humphrey Bogart and Coco Chanel, we decided to go there for Philippe's last evening in Paris. In addition to being known for its distinguished patrons, Harry's Bar is also famous for the creation of the White Lady, the Bloody Mary, the Side Car, the Blue Lagoon and many other legendary cocktails. Even though I don't expect to be a frequent visitor to "sank roo doe noo", which is how ads instruct Americans to pronounce the address for Harry's Bar, the most famous watering hole in Europe, if not the world, is worth a visit if you're in the mood for a bit of camaraderie.

As Harry's Bar has been organizing a straw vote for the American presidential elections since 1924, I plan to return in November. It will be interesting to know the results, which have only been wrong twice in 87 years and 25 elections! 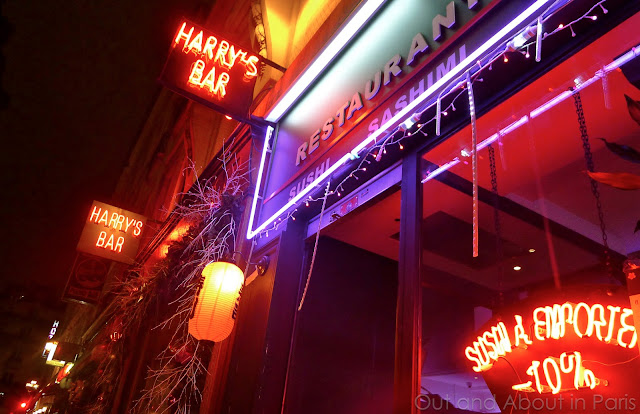