The miracle of flight ... 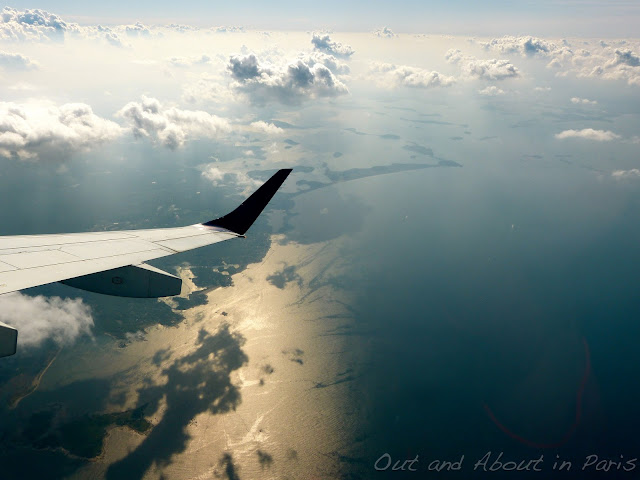 After reading the above question in the Air France Customer Satisfaction online survey, I let out a snort of disbelief. A valued and special customer!? Were we talking about the same flight, the one with the chaotic boarding process at Charles de Gaulle Airport that resulted in the economy class passengers snapping and snarling at each other out of frustration? Or perhaps the survey was referring to the opportunity that I had to interact with the Air France ground staff in Boston while filing a lost baggage form. After all, who wants to go immediately to their hotel and drop into bed after a long flight? Certainly not me!

As an expat who has lived in far-flung countries around the world, I've developed a love-hate relationship with air travel. For years, planes have carried me across time zones. They've delivered me into the warm embrace of my family. After my father's unexpected death, being cocooned in a plane for eight hours offered a welcome respite from reality. The noise of the jet engines muffled the sounds of my tears as I came to grips with the finality of his death and realized that for the first time in my life he wouldn't be waiting at the airport to greet me. Planes were even more important when we lived on islands. Physically cut off from the rest of the world, they represented freedom. Other than a boat, planes were the only way to escape the island if there was a coup, something which used to be a valid concern when we lived on the island of Mindanao in the Philippines.

Hoping to regain my appreciation for air travel, I was happy to have a window seat during my flight from Boston to Washington DC on Thursday afternoon. Gazing at the puffy cloud formations and the green and blue tapestry far below, I realized that it's a miracle to be able to soar through the clouds. The sensation was so strong that I didn't even mind waiting an hour and forty-five minutes for Stéphane to clear immigration. All of the joyous reunions at Dulles Airport reminded me that a little bit of discomfort is a small price to pay in exchange for the joy you feel when you're welcomed home by the ones you love.

The relative ease with which we can now travel from one country to another has been on my mind ever since Thomas Stumpner sent the link for an account of a woman's journey from Chicago to France to visit her son's grave shortly after World War II. Please click here to read "Silver Wings to Europe". 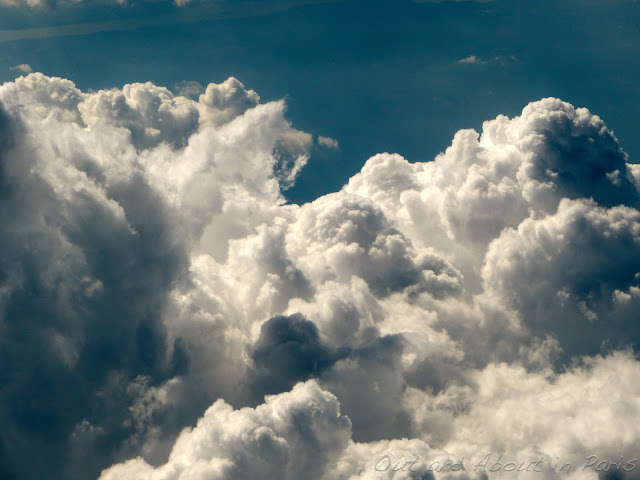