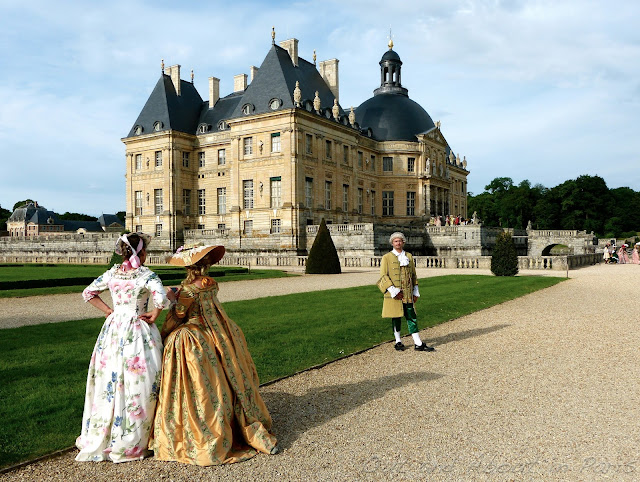 On a normal Sunday morning, Stéphane and I like to ease into the day. We linger in bed, savor pastries from the bakery and check the weather before making any plans. Last Sunday, however, was different. There was a flurry of early morning excitement because we were finally going to the Journée Grand Siècle at Château de Vaux le Vicomte. As I packed my white Marie Antoinette wig and heavy brocade dress into a large cardboard box, I caught sight of Stéphane twirling about our bedroom like a whirling dervish. Barely able to stifle my laughter, I offered words of advice that heretofore had been unimaginable: "Perhaps it would be better to wait until after we arrive at the castle to put on your stockings." Turning his attention from the one flexed foot that he had somehow managed to squeeze into the waist-high silky white hose, Stéphane wholeheartedly agreed. We left Paris in our usual twenty-first century attire and traveled back in time. 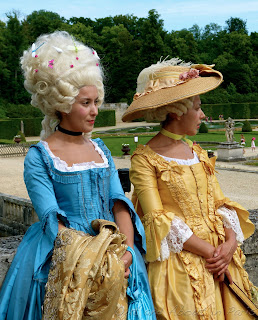 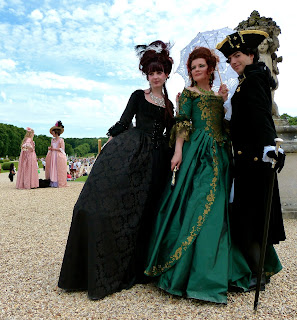 If you haven't been to the seventeenth or eighteenth century, they're destinations that I highly recommend. The garden of Vaux le Vicomte was full of charming ladies and dashing men, many of whom had spent an entire year designing and hand-stitching their own costumes. After a graceful curtsy or an elegant bow before the panel of judges, they described their clothes in minute detail during the pre-selection for the costume show. While taking photos of the applicants, I couldn't help but eavesdrop and wonder what I would have said about my rental costume. "Bonjour! My name is Mary Kay and ... um... my dress is made out of some kind of heavy cloth that's embroidered with gold thread. I believe that the style is authentic for the 17th century, at least that's what the man at the costume store told me. My shoes? Well, they're not really accurate for the period. I only wore them because they're comfortable and I didn't think that anyone would notice them under my dress." 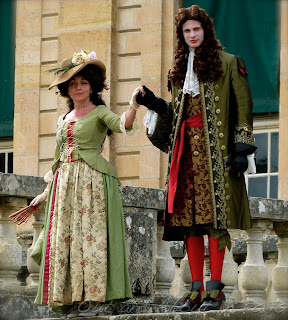 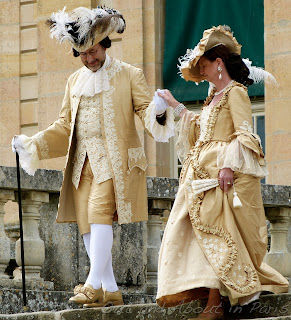 Acutely aware of how little I know about 17th and 18th century attire, I was grateful for the explanations given by the master of ceremonies during the fashion show. When he presented a dignified man wearing red stockings with red-heeled shoes, he told the assembled crowd that this was a privilege reserved for the French nobility. The fashion originated when Louis XIV, who was rather short, started wearing shoes with platform soles and heels made out of cork covered with red leather. For the time being, it looks as if Stéphane de famille pas royale (plain ol' Stéphane) is going to have to stick with white stockings. 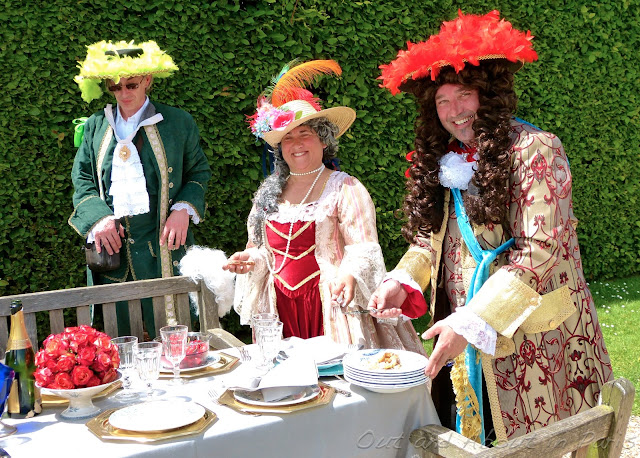 If you go to the Journée Grand Siècle next year, be sure to pack a picnic and spend the afternoon in the lovely gardens of Château de Vaux le Vicomte. King Louis XIV assured me that he was having a royal time, even after his wife ordered him to clear away the dishes! With a gleam in his eye, he confided that I was witnessing the beginning of the real revolution.

Thanks to all of the people who responded to my plea on Facebook for advice on how to discretely carry my camera while wearing 17th century attire, I was able to take lots and lots of photos. Please click here to view them. And, just to clarify, the only thing nestled in my decolleté was a tube of lipstick, 50 euros and my "Les Amis de Vaux le Vicomte card. 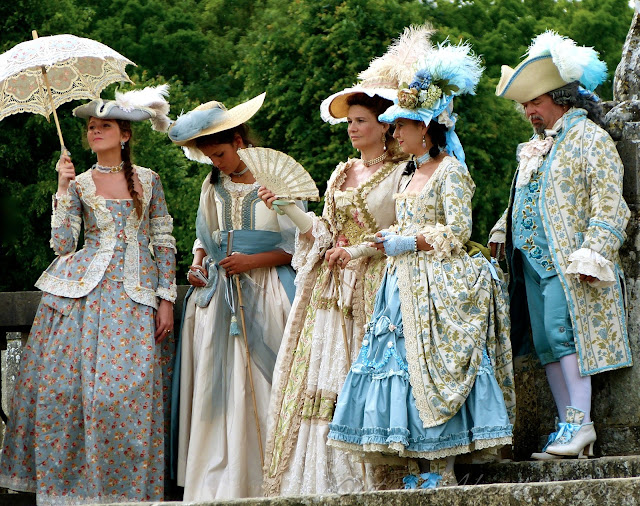