Wish you were here! Six days in Dubai. 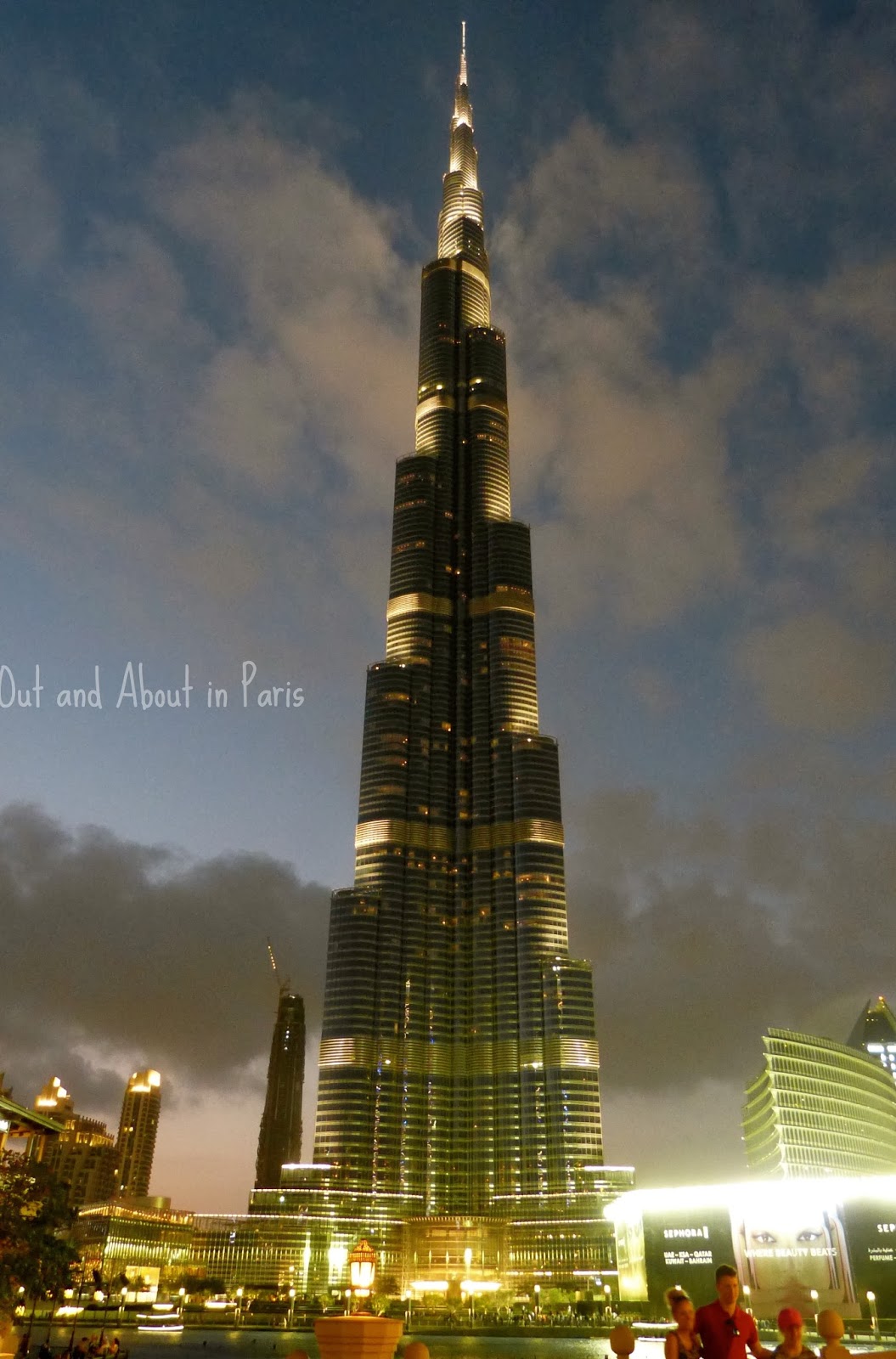 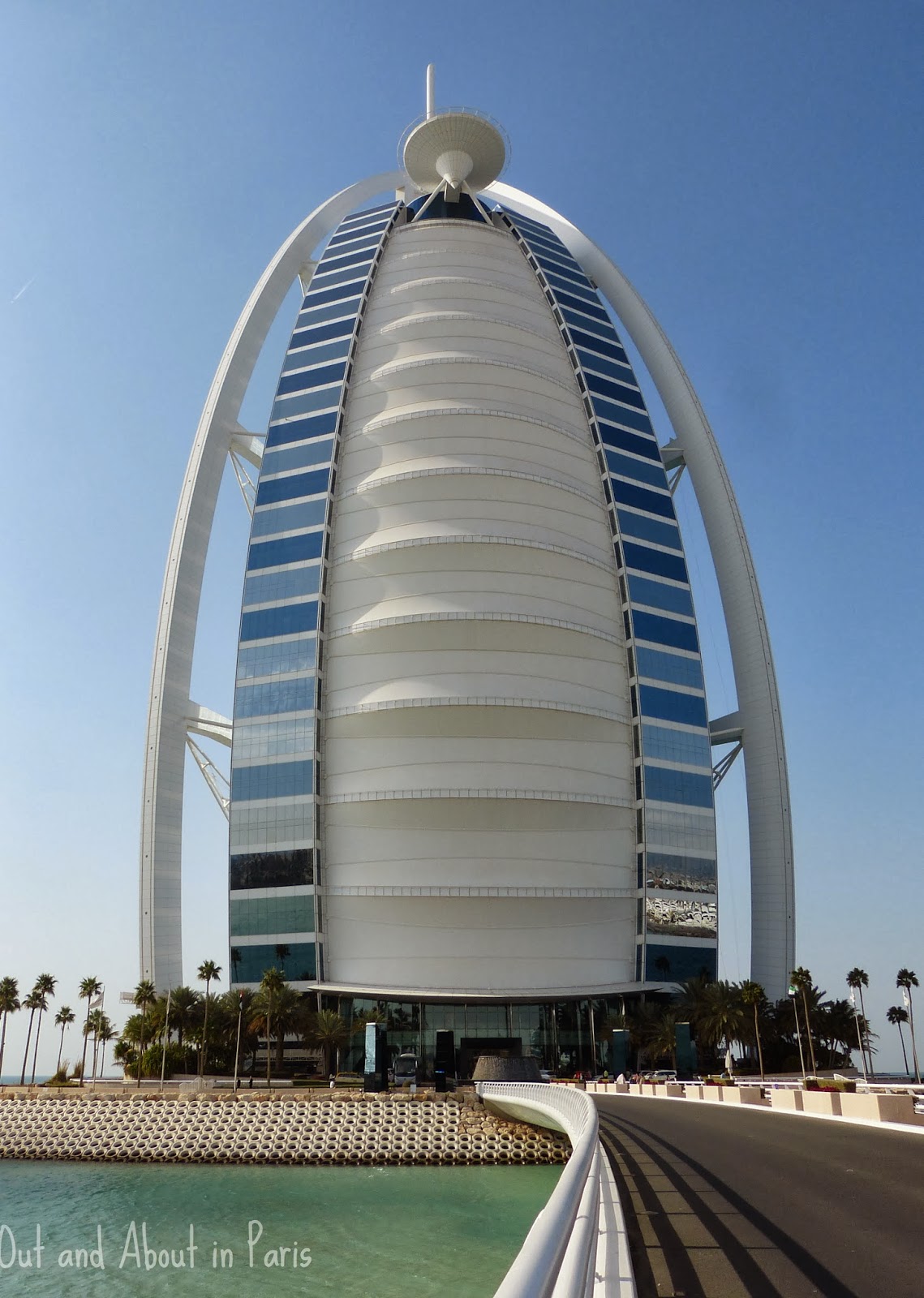 If Paris is a grande dame with a rich history, Dubai is an up and coming teenager with its eye firmly fixed on the future. With the tallest man made structure in the world, which at 829.8 meters is almost three times as tall as the Eiffel Tower, the first indoor ski resort in the Middle East, the world's only seven star hotel and a man-made palm island that is visible from space, Dubai is a city of superlatives. During the past three days, I've found myself overusing the words, "amazing", "incredible", "unbelievable" and "wow". But what other words would correctly convey the awe that I've felt while craning my neck skywards to see Burj Kalifa's spire piercing the nighttime sky or gazing at the ultra-modern city that emerged from the desert sands less than fifteen years ago.

Since quite a few people have told me that they're currently planning trips to Dubai, here's my schedule for the week. I hope to write more detailed blog posts once I'm back in Paris. But right now, I've still got a lot more to explore!

Monday - Afternoon tea at Burj Al Arab, the world's only seven star hotel. Book early to ensure that you get a table at the Skyview Bar to watch the sunset. (I've got lots of insider's tips that I'll share in a future post.) Visit the nearby Madinat Jumeirah Hotel and Souk Madinat Jumeirah that are styled after an Arabian souk with narrow waterways, wind towers and lantern lit hallways. If you have a reservation at one of the restaurants, you can go for an abra, or small boat, ride through the canals to the restaurant. Otherwise, an abra tour costs AED 75 for an adult.

Tuesday - Learn about Emarati culture and religion while eating traditional dishes at a Cultural Lunch at the Sheikh Mohammed Centre for Cultural Understanding. (More in a future blog post). While in the area, visit the Dubai Museum, which is more interesting than it appears from outside, and stroll along the Bur-Dubai creek. If you have time, go for an abra ride. Visit the Dubai Mall, one of the world's largest, and watch the impressive dancing fountain show on Burj Kalifa Lake. With designer boutiques, an Angelina's and a Ladurée under the same roof, I almost felt as if I was in Paris. There's also a huge indoor aquarium and an ice skating rink. If you're looking for a good coffee or Italian food, go to the newly opened Eataly.


Wednesday - Visit the Mall of the Emirates to see Ski Dubai, the first indoor ski resort in the Middle East. Take the Palm monorail to the Atlantis Hotel, dine at one of the 21 restaurants, take lots of photos of the magnificent lobby with the massive glass sculpture by Dale Chihuly and be enthralled by the Lost Chambers Aquarium. Even though we didn't go inside, it's possible to view parts of the aquarium while strolling through the hotel or sipping a coffee at the Poseidon Café. Or, you can dine "Under the sea..." at Ossiano.

Thursday - Relax at the hotel and write a blog post. Eat breakfast but not lunch because you need to save room for an "Arabian Food Tour" with Frying Pan Adventures. (I'm leaving for this tour in one hour and my stomach is growling thinking of all the delicious food I'm going to eat!)

Friday - Have breakfast at the Dubai Marina. In the evening, go for a dessert safari with Platinum Heritage.

Saturday - Wake up early to watch the sunrise from the top of Burj Kalifa. Depart Dubai at 3:00 pm.