Roses, love and flashmobs - Valentine's Day in Paris, the most romantic city in the world


The last time I saw Paris, her heart was warm and gay, I heard the laughter of her heart in every street café. -Oscar Hammerstein II

If Paris's heart is normally warm and gay, it must have been overflowing with joy yesterday. Love was floating in the air, literally, but I'll tell you more about that later.

First, let's go to the Ponts des Arts, the metal footbridge that many consider to be the most romantic spot in Paris. Originally constructed between 1802 and 1804, the nine-arch nine-arch pedestrian bridge attracts couples from around the world who pledge their undying love to each other by inscribing their initials on a padlock and attaching it to the bridge*. The keys for the lock are ceremoniously tossed into the Seine River as the couple immortalizes the moment by snapping a selfie. 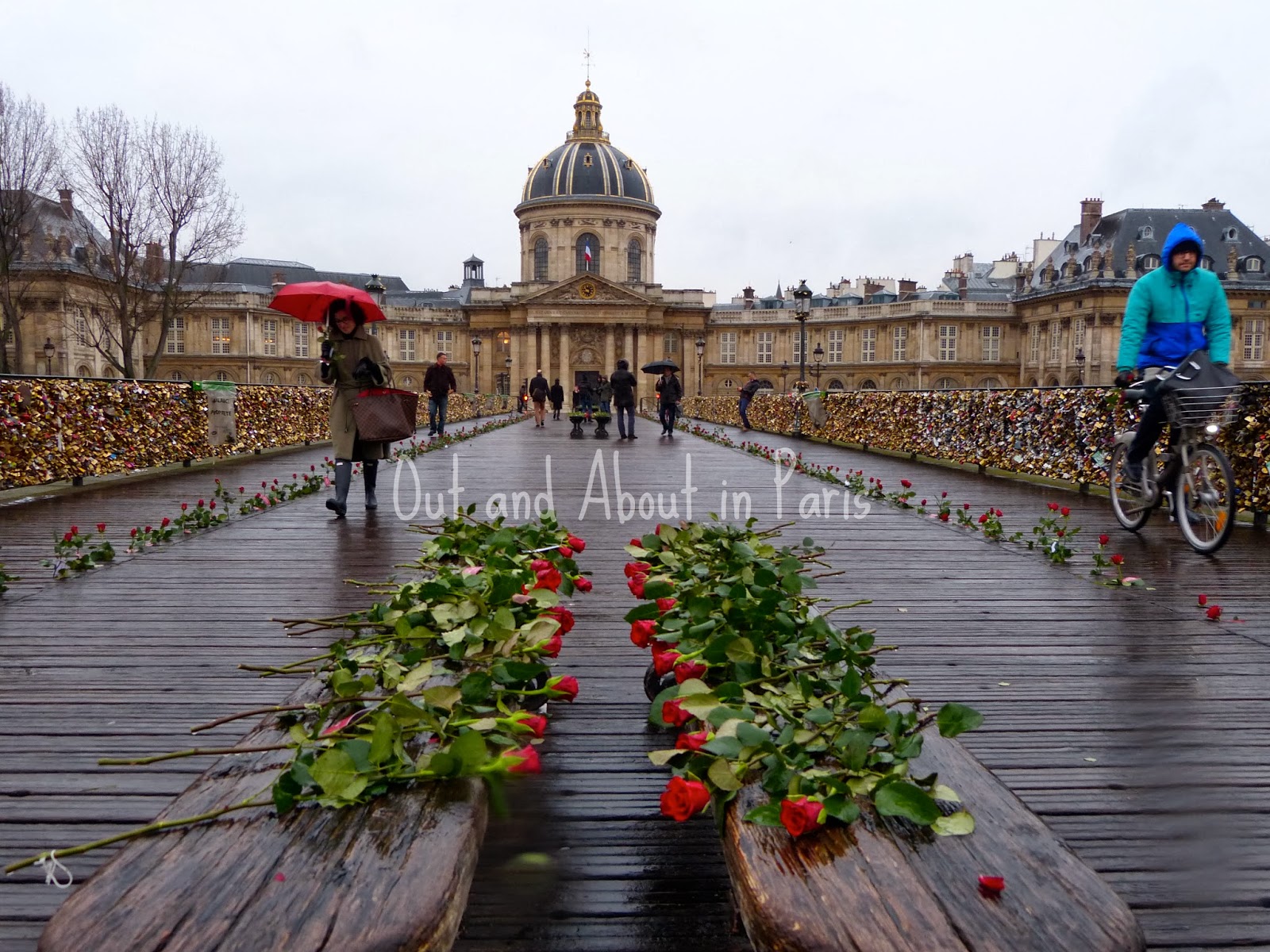 In honor of Valentine's Day, the French watch company Sismeek lined the bridge with pink and red roses bearing the message, "It's time to say 'I love you'". Passersby, whether they were walking, cycling or jogging, were offered free roses for their sweethearts. Even though it was cold and pouring rain, I hung around much longer than expected because it was so much fun watching people's reactions to the rose strewn bridge.


As I had rather optimistically and somewhat foolishly left home without my umbrella, I made use of my Louvre membership to escape the deluge. I'm sure that there are quite a few Chinese tourists who will have tales to tell about the manner in which a disheveled woman used the public hand dryer in the bathroom to dry her hair in Paris. Yup, that sodden creature was me! Before leaving, I checked if Cupid was still locked in his embrace with Psyche or if he was on a last minute Valentine's Day mission. When I left the Louvre, I spread the love by giving a woman security guard the rose that I had received on the Pont des Arts.


Before heading home for a quick lunch, I used Jeff Leatham's Pop Up Flower Shop as an excuse to pass by the George V for a cup of coffee. 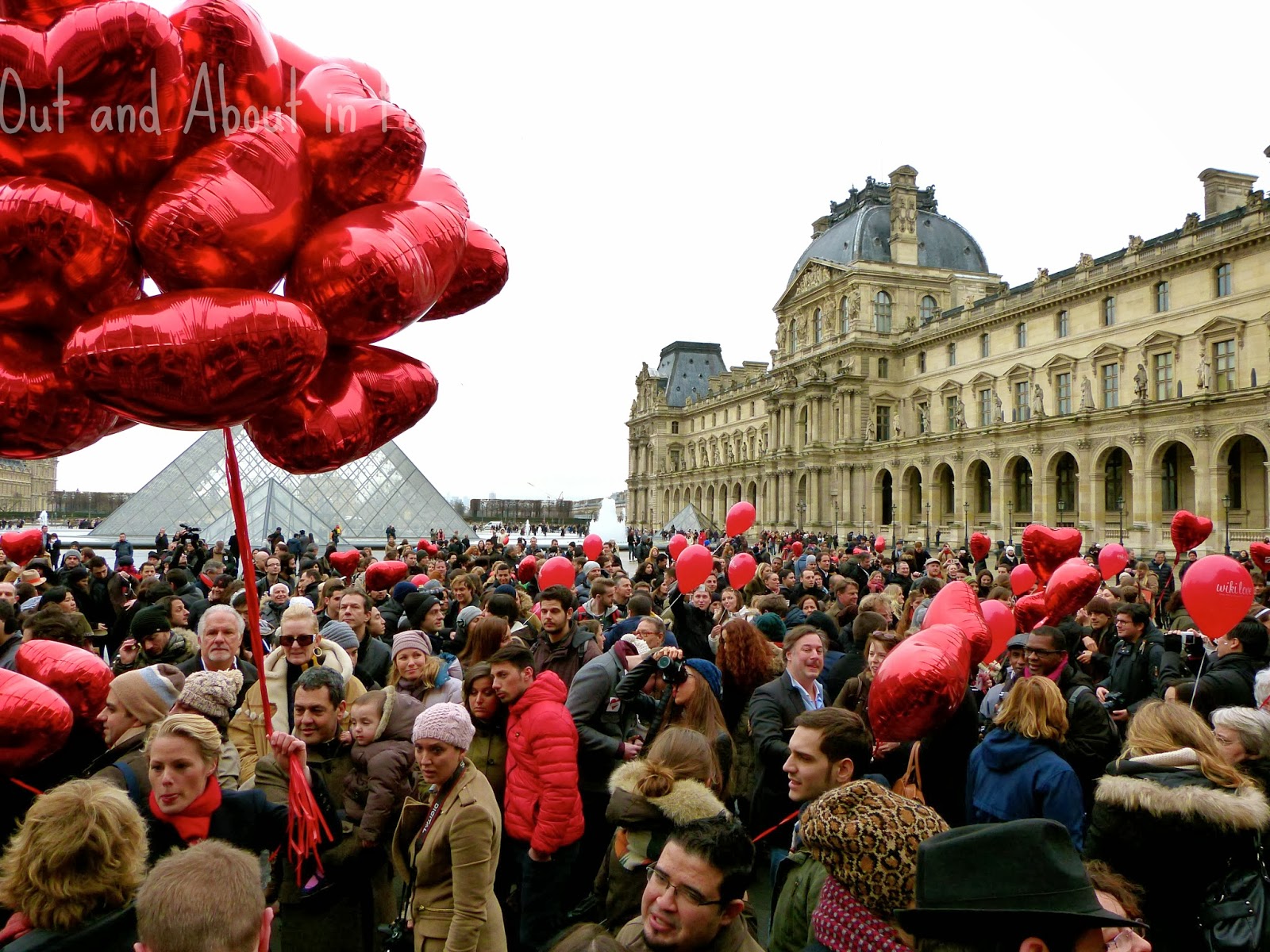 My final destination for the day was the KISS flashmob at the Louvre. Organized to coincide with the launch of WikiLove, the encyclopedia of love, people were invited to gather near the Louvre's pyramid for the world's most diverse kiss party. At precisely 14h14 (2:14 pm) mothers kissed daughters, friends kissed friends, men kissed women, women kissed women and men kissed men. With the release of heart-shaped balloons, love was literally in the air. Isn't Paris the most romantic city in the world?