Who wants a cardboard crown when you can have a diamond tiara? "Cartier: Style and History" at the Grand Palais


It's January in France, which means that people are devouring slice after slice of galette des rois (King Cake) hoping to find the hidden trinket that will make them king or queen for the day. After Stéphane inadvertently, or perhaps purposefully, cut the trinket in half, the cardboard crown that accompanied our galette des rois ended up in the recycling bin rather than on my head. No matter. Thanks to Cartier: Style and History, an exhibition of exceptional treasures created by the "jeweler to kings", I've got my eye on a diamond tiara.


The exhibition, which is at the Grand Palais until February 16, opens with a jaw-dropping display of ten tiaras. Not wanting to commit to the first tiara I saw, I steadfastly ignored the gasps of appreciation that accompanied each piece until I finally decided that the elegantly simple Kokoshnik Tiara, with its 15 pear-shaped diamonds and pearls, would look perfect atop my humble head. The hanging diamonds are one of the earliest examples of the technique known as "muguet" (lily-of-the-valley) setting. A delicate rim of platinum in the shape of a lily-of-the-valley holds a large brilliant surrounded by several tightly packed diamonds giving the impression of a single stone. 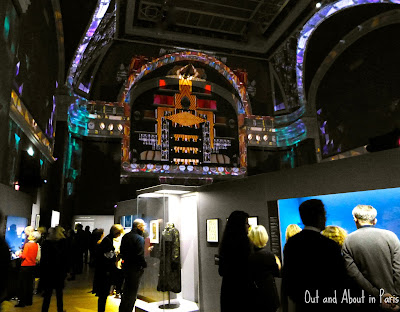 Reluctantly turning away from the glittering tiaras, I tried to focus my attention on the audio guide's explanations about the history of the jewelry house. It was impossible. With images of sparkling jewels projected onto the vaulted ceiling of the Salon d’Honneur, I had the odd sensation of being inside a rare gem. It was exhilarating. Rather than try to learn anything, I decided to give in to the seductive allure of the jewels.

In addition to tracing the history of Cartier, the exhibition also pays homage to some of its most devoted customers and their jewelry. Princess Grace of Monaco's tiara, American heiress Daisy Fellowes's extravagant Hindu necklace executed in Cartier's Tutti Frutti style, Queen Elizabeth's pink diamond flower brooch, Elizabeth Taylor's ruby collar and the 1936 "Halo" tiara worn by Kate Middleton for her wedding to Prince William, are all on display. 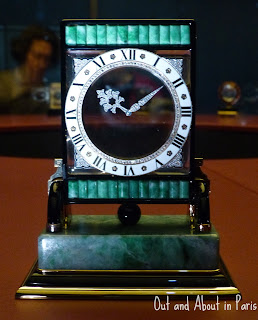 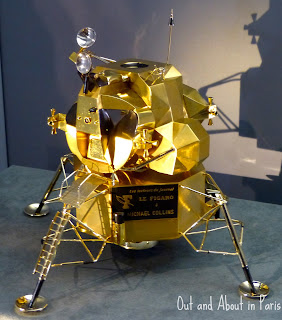 Even though "diamonds are a girls' best friend", I wish that I would have asked Stéphane to accompany me to the exhibition. He would have been fascinated by the "mystery clocks", captivating works of art in which the hands appear to magically float within the crystal, and a scale model of the lunar vehicle used for the Apollo 11 mission. Commissioned by the French newspaper Le Figaro to commemorate the historic mission, a model of the lunar vehicle was presented to each of the mission's three astronauts when they visited Paris.

Insider's tip: To avoid the crowds, one of the guards told me that the best time to arrive at the exhibition is at 6:00 pm. It worked for me.

Cartier: Style and History
At the Grand Palais until February 16, 2014 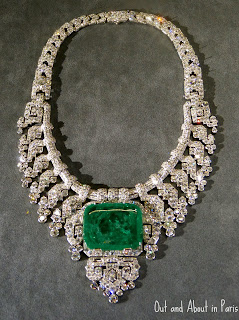 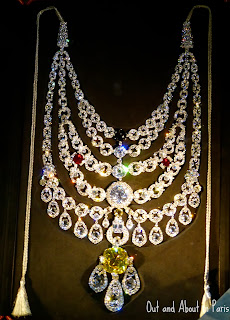