Paris, the culinary capital of France, has approximately 16,255 restaurants. But, there's currently only one café where you can cuddle a cat while savoring a slice of artisan quiche, salad or a muffin. Inspired by the success of cat cafes in Taiwan and Japan, the recently opened Café des Chats is so popular that visitors are advised to reserve three days in advance during the week and as much as four weeks in advance for the weekend.

When I made a last minute decision to have lunch at the cafe yesterday, I felt fortunate to get a table. In the anteroom, the hostess quickly went over the rules:

After disinfecting my hands, another one of the regulations, I pushed open the wooden door with some trepidation. Expecting cats to be prowling around the room, I was somewhat surprised that the cafe, with its exposed stone walls, wooden beams and bookshelves, resembles many of the other trendy spots in the Marais. There wasn't a cat in sight. It was only after sitting down that I noticed a tortoiseshell colored cat curled up on a window sill and another one snoozing daintily on a turquoise pillow. My interactions with the felines were minimal because they were all in the middle of their afternoon naps.


Things were a bit more lively downstairs. Of the ten cats rescued from animal rescue centers, seven of them were hanging out in the vaulted 15th century basement. With a piano, leather sofas, mismatched chairs and intimate tables tucked away in private niches, this is the place to enjoy a soothing cup of Kusmi tea with a cupcake if you're not claustrophobic. Aimed at Parisians who are unable to keep pets in their tiny apartments, an added benefit of the cat cafe is the ease with which customers interact with each other as they respectfully observe the cats. An elderly couple from Germany chatted with two young Parisians while another group willing made room on their sofa for new arrivals. Not only does "purr therapy" produce vibrations that relieve arthritis and rheumatism, it's also good for your heart!

Insider's tip: If you would like to play with one of the cats, the hostess said that they're most active when the cafe opens at noon and shortly before it closes for the night. 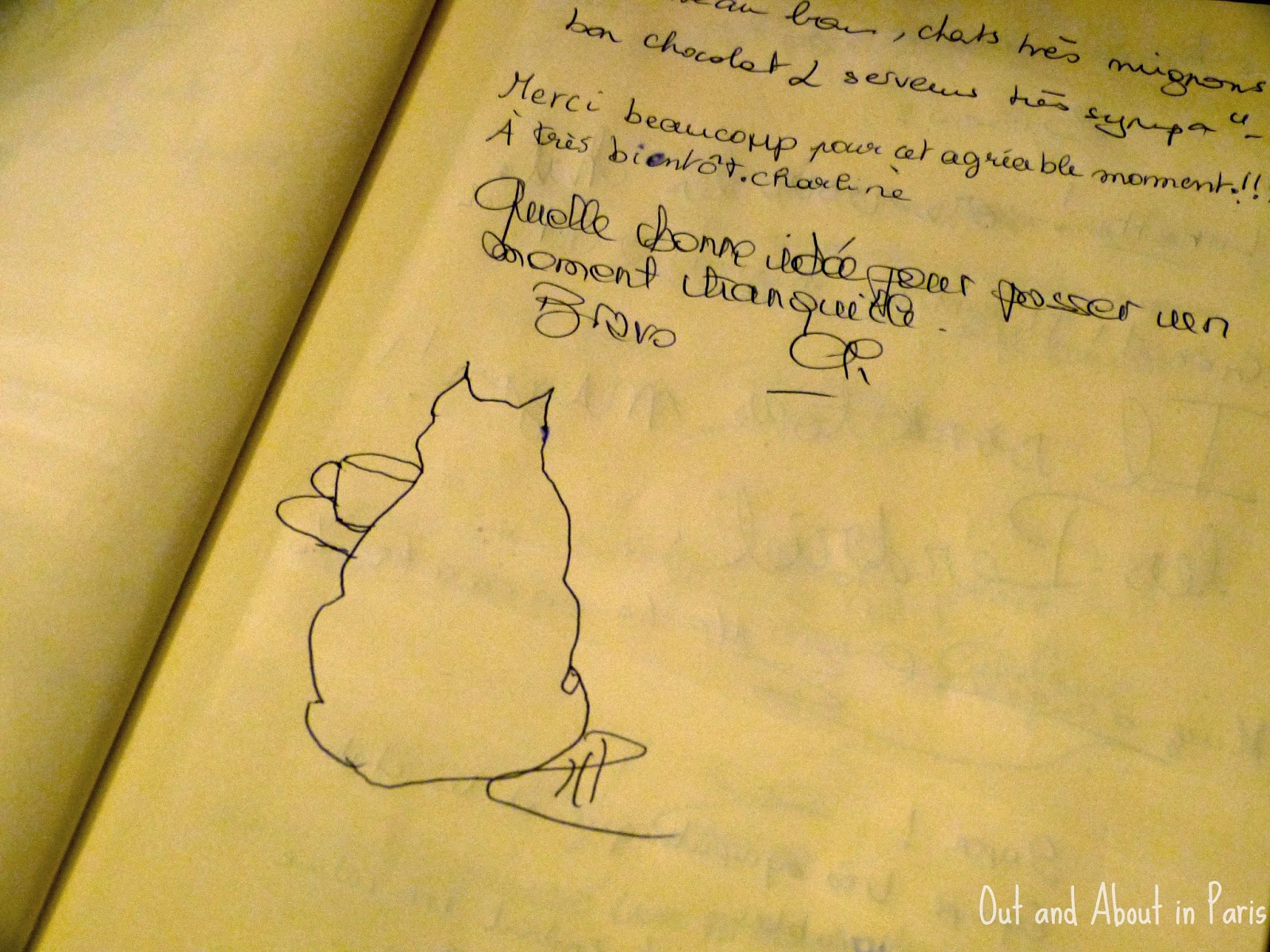