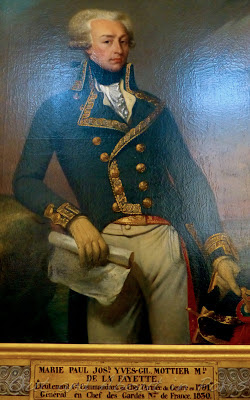 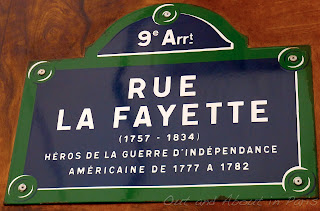 I've got a confession to make. Not only have I been stalking the beloved chef Julia Child, but I've also been hot on the trail of the Marquis de Lafayette for the past couple of years. With all of the Fourth of July celebrations last week, Lafayette once again returned to the forefront of my mind because many historians believe that the colonies would not have been able to win their struggle for independence from Britain without the fervent support of the French aristocrat.

My obsession with Lafayette dates back to a visit to Boston in June 2011 when I enquired about historical links between the United States and France at the tourist information office. After mentioning the Chevalier de Saint-Sauveur, a French nobleman who was killed during a brawl over some baguettes in 1778, the officer added that he had heard that Lafayette was buried at Picpus Cemetery in Paris in soil that was purportedly collected from Bunker Hill during the Frenchman's last trip to the United States in 1825. Unable to visit Bunker Hill and confirm the veracity of the story because we were scheduled to leave for Annapolis, I filed the information away in my brain for future reference. 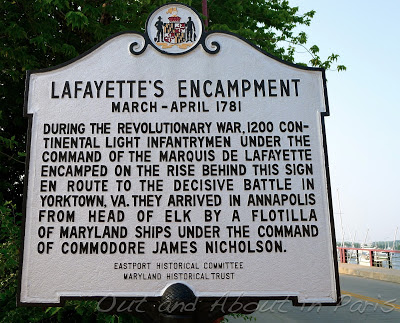 The plot thickened when we traveled to Annapolis and discovered that Lafayette had already left his mark on the city.

Lafayette, who became impassioned by the American rebels' cause when he learned that they were protesting an unfair system of taxation, volunteered to serve with General Washington at his own expense. In return, the 19 year old nobleman received a commission of major general in the Continental Army. After Lafayette was wounded at the Battle of Brandywine, he briefly returned to France where he worked to secure aid from his government. So insistent were his arguments that the Count de Maurepas said in the royal council: "It is fortunate for the King that Lafayette does not take it into his head to strip Versailles of its furniture to send to his dear Americans as his Majesty would be unable to refuse it."

When Lafayette returned to America in April 1780, he delivered the welcome news that King Louis XVI had agreed to send a French Expeditionary Force of 6,000 elite troops, artillery pieces, munitions, ships and money. The arrival of the French troops in July brought fresh hope. As a result of the combined efforts of the American and French forces, the British surrendered on October 19, 1781. Washington credited Lafayette's unselfish devotion to the American cause and the assistance from France for turning the tide of war towards an American victory.

Before Lafayette sailed back to France on the American ship the "Alliance", he wrote a letter to Washington that said: "Adieu, my dear General; I know your heart so well that I am sure that no distance can alter your attachment to me. With the same candour I assure that my love, respect, my gratitude for you, are above expression; that, at the moment of leaving you, I felt more than ever the strength of those friendly ties that forever bind me to you."

Paying my respects to the Frenchman who ardently supported the American Revolution has long been on my "must do" list. When I finally get around to going to Picpus Cemetery, it shouldn't be a problem finding the Marquis de Lafayette's grave because an American flag has flown over his tomb ever since an American minister placed it there six weeks after his death in 1834. Lafayette was posthumously made an honorary citizen of the United States in 2002.

Myth buster: Even though there are rumors that the Marquis de Lafayette is buried in soil gathered from the twenty four states that he visited during his final tour of the United States in 1824-25, it isn't true. Lafayette's plan was foiled when the steamship carrying the soil that he had collected sunk in the Ohio River. Lafayette had to resort to his Plan B: he's buried in soil from Bunker Hill.

What's named after Lafayette? Many streets, cities, parks, counties, townships, schools and colleges have been named after the Marquis de Lafayette, including Lafayette College in Pennsylvania and Lafayette, Louisiana. There was even a luxury automobile company named LaFayette Motors Corporation that had a cameo of the Marquis as their logo.

In a roundabout way, I think that Galeries Lafayette may also have been named in the Marquis' honor because the famous Parisian department store is located near the street that bears his name. I'm still trying to find a document that supports this idea. If you come across anything, please let me know! 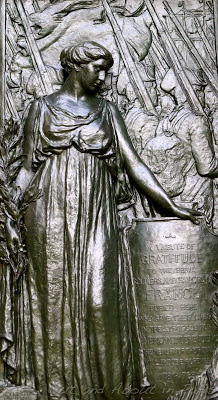 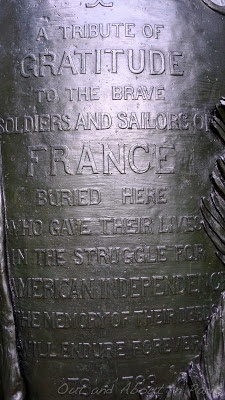 A monument at honoring the French soldiers and sailors who lost their lives during the struggle for American independence at St. John's College in Annapolis, MD . 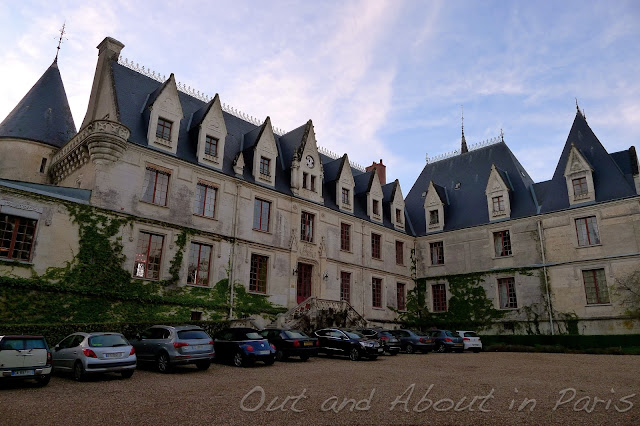 One of these days, I hope to be able to spend a night at the Château de Reignac, the former home of the Marquis de Lafayette in the Loire Valley. As it was fully booked when we were there in May 2011, I only got to take a quick peak inside. 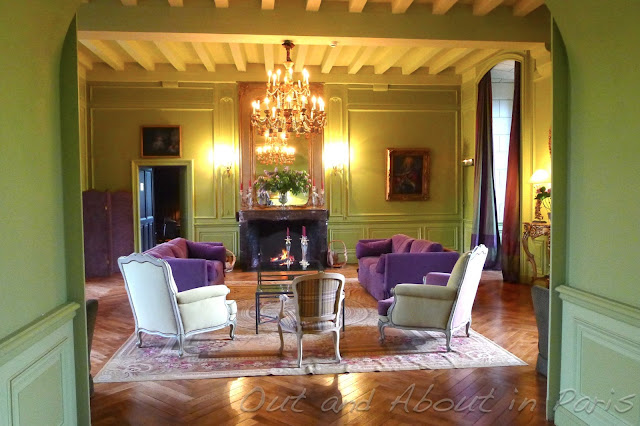