Chatting about Paris with Rudy Maxa, aka "The Savvy Traveler" 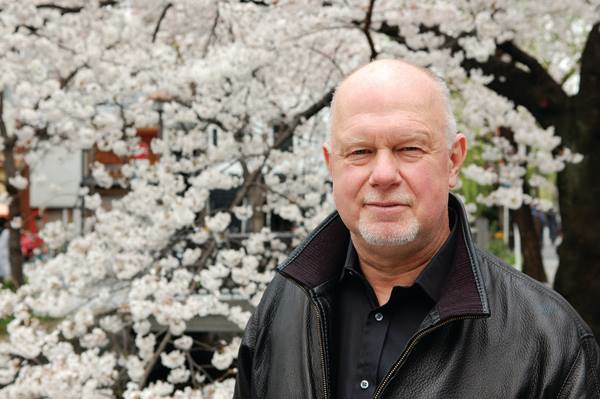 When you're an expat, you tend to fly a lot. It comes with the territory. So does trying to find the cheapest way to get from point A to point B. Enter Rudy Maxa, whose travel advice my mother quoted whenever I told her that I was getting ready to book our family's annual home leave tickets. Without fail, she would share helpful bits of information gleaned from Rudy's NPR radio program, "The Savvy Traveler". Thanks to his astute advice, we must have saved a small fortune on round-the-world flights while living in Asia and the Caribbean.

But since my mother only ever reverentially referred to Rudy as "The Savvy Traveler", I never knew his real name. At least not until early last week when I received an email from his executive producer Janet de AcevedoMacdonald asking if I would appear on "Rudy Maxa's World" to chat about Paris's new campaign to be friendlier to tourists. When I read Rudy's bio and realized that he's "The Savvy Traveler", my first thought was that there was no way that I would be able to work up to the courage to talk with my mother's travel guru. Fearful that I would stammer, stutter and make a complete fool out of myself on the most widely listened-to travel radio show in the USA, I was ready to say "thanks, but no thanks".

Yet there was one part of my brain that kept telling me that I should at least try. After all, Rudy currently lives in Minnesota, which is my mother's home state. Like me, he's a Midwesterner. We tend to be friendly people. And most importantly, my mother would have been thrilled to know that I had the opportunity to chat with her favorite travel radio show host.

Banishing Stéphane from the apartment a couple of minutes before I received the anticipated call from the show's sound engineer last Saturday evening, I reminded myself to relax. After all, my mom always enjoyed Rudy's company. I did, too!

Please click here if you would like to listen to a podcast of the radio program. The Paris section starts at 33:12.
Labels: Do you speak touriste? Rudy Maxa Rudy Maxa's World The Savvy Traveler