"Just be careful if you feel anything on your neck tonight!" teased the man at the tourist information office when I told him that I was staying in "Mary's Bower", the room where Mary Queen of Scots was held under house arrest during her frequent visits to Buxton to bathe in the natural waters and seek a cure for her ailments. At the time, I laughed and didn't think anything about his comment. But now, alone in my chamber, I realize that I like having my head firmly attached to my neck. Studying the pictures of the ill-fated queen that decorate the walls, I consider the similarities between us: our first names are Mary, we both live(d) in France and we have both traveled to Jedburgh in the Scottish borders and Hermitage Castle, one of the eeriest places on earth. 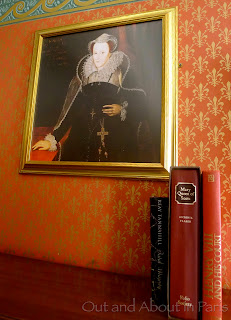 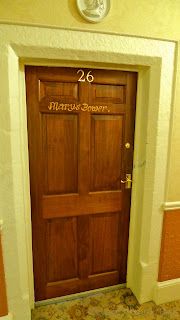 As the sun sets, I try to calm my rising fears by listing the notable differences between Mary Queen of Scots and me. I'm not Catholic, there aren't any plots to place me on the throne of England and my sister's name is Beth...not Elizabeth. Plus, I don't speak six languages and spend my time etching messages, like the one above, on glass windows. 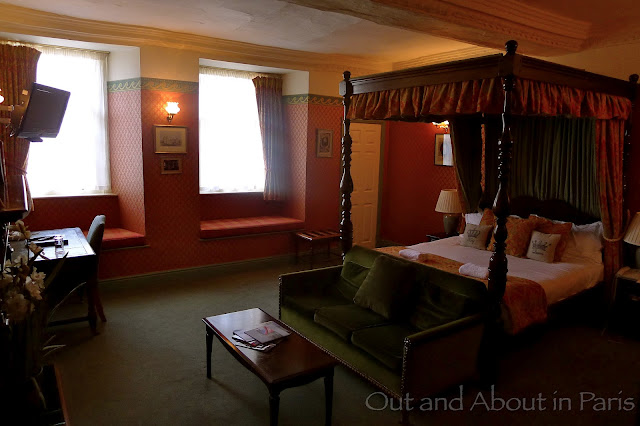 Rather than worry about Mary's ghost, I'm thankful that the receptionist at England's oldest hotel generously allowed me to have a very early check-in and gave me a booklet with information about Mary's etchings. According to the author, "The writings of 1573 and 1576 are poignant, angry, melancholic couplets often invoking judgement of God on her and her captors. The later couplet's and escutcheon in the 1580s are written when she still harboured hope that she would be released to rule Scotland with her son James, which of course never happened."

After an evening at the Gilbert and Sullivan Festival, I'm sure that I'll sleep soundly tonight. That is if I can just figure out why there are two towels placed at the end of the bed. I just hope that they don't have anything to do with severed necks, blood and Mary Queen of Scots. 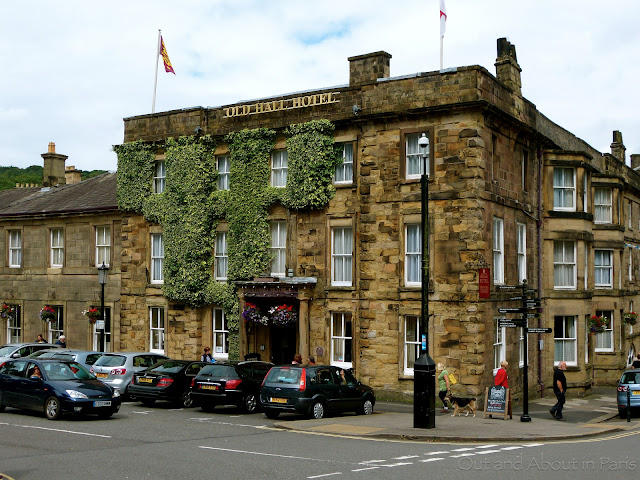