Are you smarter than the average Annapolitan? Test your knowledge with Pub Quiz 465 at Galway Bay! 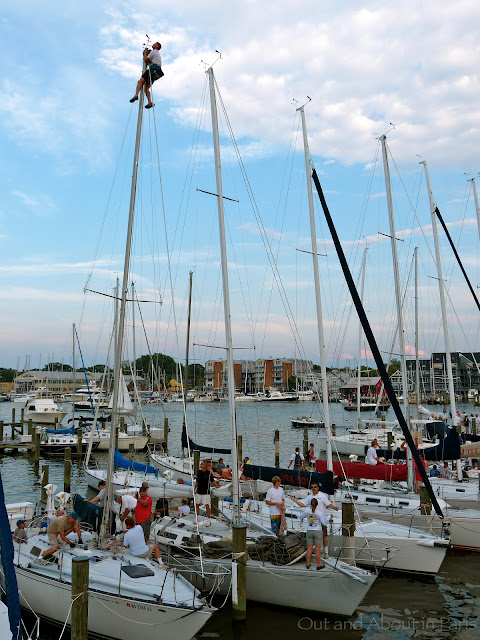 Without fail, there are certain events that occur every week during the summer in Annapolis: Galway Bay hosts a pub quiz on Tuesday, sailboats vie for first place in the Annapolis Yacht Club race on Wednesday and it's free Brats and German potato salad at Ram's Head Tavern on Thursday. This all-important schedule is firmly fixed in my mind. Yet, Stephane and I always manage to arrive at Spa Creek Bridge just in time to see thirsty sailors popping open cans of icy cold beer to celebrate the conclusion of another exciting race on Wednesday.

Fortunately, we had better luck on Tuesday night because we were already half way through our fish and chips when Finton Galway revealed the answers to Part I of the pub quiz. If you would like to match your wits against rowdy sailors, professors from St. John's College and the Naval Academy and local Annapolitans, here are 10 of the 30 questions included in Pub Quiz 465. Rules state that no life lines (text messaging, cell phones, etc.) are allowed. Two to six people are on a team.

Best of all, most of the money from the weekly pub quizzes goes to charity. [Update: When I returned to Galway Bay to pick up the answers for the pub quiz, I learned that they have raised approximately $100,000. The winning team donates the earnings to the organization of their choice, such as Box of Rain, a local charity that offers maritime programs to disadvantaged youths ages 9-14.

Here's a bit of Annapolitan trivia for you: which local Irish pub appears in the recently filmed, Better Living Through Chemistry? Galway Bay, of course!