Day trips from Paris: Rouen, city of Joan of Arc and Gustave Flaubert 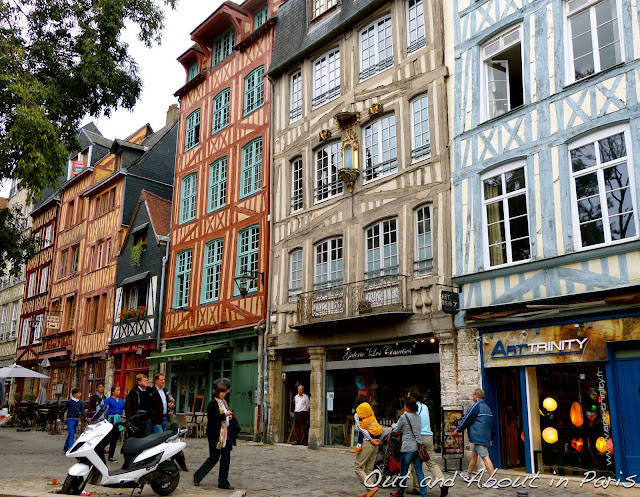 Looking for something different to do this weekend?

If you leave Paris St. Lazare train station at 8:50 tomorrow morning, you'll be walking the cobblestoned streets and admiring the colorful half-timbered buildings of Rouen an hour and eleven minutes later.

While I would like to say that Stéphane and I went to the historic capital city of Normandy with a well-developed plan, we didn't. We only had a vague notion of what we hoped to see - the cathedral famously painted by Claude Monet, the astronomical clock dating back to the 16th century, the Joan of Arc Tower where Joan was questioned before she was burned at the stake for wearing men's clothes and claiming that God had spoken to her and The Museum of Flaubert and the History of Medicine, if there was enough time.

Instead, Stéphane and I, who had made the mistake of driving to Rouen, spent a good half hour circling the city looking for a parking spot. While this allowed us to get a general idea of where the monuments were located, it also lead us to mistakenly believe that we were at Monet's Notre-Dame Cathedral when we were actually inside the more impressive Abbey Church of Saint-Ouen. Fortunately, the friendly woman at the information desk recognized two lost souls and supplied us with a city map and advice on what to visit next. 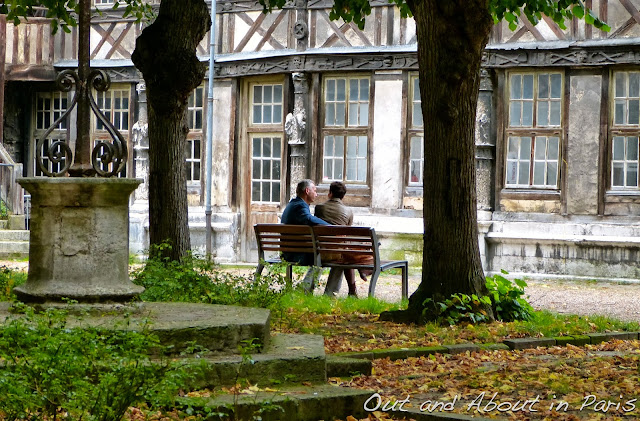 Equipped with a plan, we made our way to the Aître of St.-Maclou, a somber courtyard surrounded by half-timbered buildings decorated with macabre carvings of skulls, crossbones, spades, sickles and hour glasses. When the Black Plague decimated three-quarters of the local population in 1348 and wiped out two-thirds of Rouen's citizens in the 16th century, the courtyard served as a temporary cemetery. Later, the bones were exhumed and stacked in the ossuary. The cemetery was closed by royal decree in 1781 and the area was designated as an historical monument in 1862. Currently, it's the Regional School of Fine Arts.

As so frequently happens in Normandy, Stéphane and I sought refuge in a café when the ominous grey clouds fulfilled their promise of rain. One of these days we'll remember to carry umbrellas, but until then we seem to have remarkable luck in stumbling across places like Ici & Ailleurs. Located at 31 rue Damiette, the cozy café/tea room offers the additional advantage of being a bookstore with comfortable chairs and games for customers to play. The free wifi also came in handy when Stéphane's and my English Scrabble game played on a French board became contentious over the validity of the word, "VET".

Even though the next stop on our agenda was ostensibly Notre-Dame Cathedral, we meandered down narrow medieval streets, dawdled in antique stores and peered through a milliner's window. The streetlights were just starting to twinkle by the time that we made it to the Tourist Information Center on the Place de la Cathédrale. When the travel advisor recommended that we stay for the 10:30 pm illumination show projected onto the cathedral, we were tempted to book a hotel for the night. There was still so much that we wanted to see, including the "Dazzling Reflections" exhibition at the Rouen Museum of Fine Arts. But after promising each other to return, Stéphane and I headed for home. Maybe you'll see us on the train to Rouen tomorrow morning!

Additional photos posted on "Out and About's" Facebook page.
Tourist and Conference Information Centre Rouen and Seine Valley Normandy
The New York Times article: "Near Paris, a City of Flaubert and Joan of Arc" 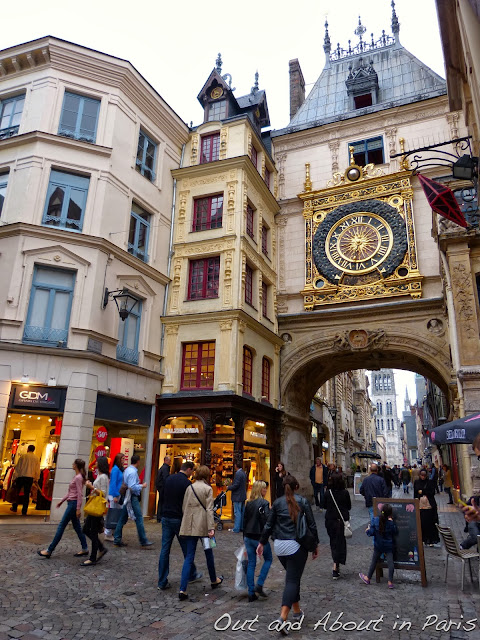