A man or a woman? Who should be the next person admitted to the Panthéon in Paris? 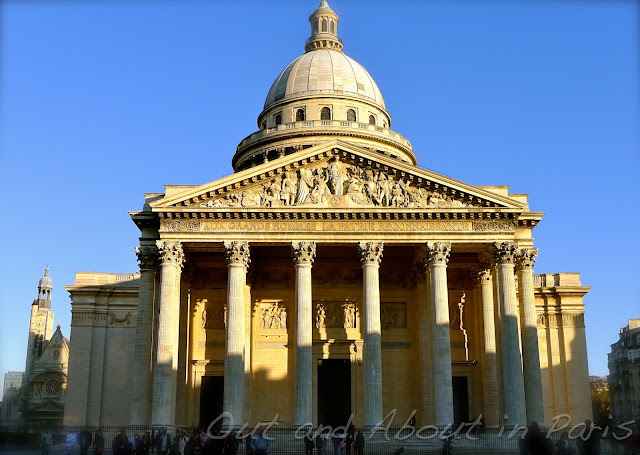 If you think that the admissions officers of elite universities have a tough job deciding which applicants to admit to their institutions, imagine what it must be like to select which "great men" of France should take their places next to the likes of Voltaire, Jean-Jacques Rousseau, Louis Braille, Victor Hugo and Emile Zola in the crypt of the Panthéon. To aid in the decision making process, Philippe Belaval, the president of the Centre for National Monuments has launched an online survey asking French citizens and foreigners to submit names for consideration.

In a dramatic change from the last two centuries when only two women, Marie Curie* and Sophie Berthelot were admitted to the Panthéon, there has been a growing consensus in France that the next person should be a female. In response to a speech made on International Women's Day by President Hollande in which he hinted that it's time to redress the gender imbalance in the Pantheon, the group Osez Le Feminisme (Dare to be Feminist) has started putting pressure on the government to name a woman to the  Panthéon as soon as possible. Their candidates? Revolutionary proto-feminist Olympe de Gouges, anti-slavery campaigner Solitude, heroine of the 1871 Paris Commune Louise Michel, wartime resistance fighter Germaine Tillion, and feminist writer Simone de Beauvoir. Other contenders include the writers Georges Sand, Germaine de Stael and Marguerite Duras, as well as resistance leader Lucie Aubrac.

Who do you think should join the 72 people who have already been honored at the Panthéon? Philippe Bélaval, the president of the Centre for National Monuments invites you to voice your opinion by completing an online survey prior to Sepember 22, 2013. The criteria for women is exactly the same as for men. Their lives must have reflected the values of the French Republic. Among the key attributes of the next honoree, the choices included in the questionnaire are political action, commitment to peace, athletic feat, protection of the environment, commitment to freedom (la liberté), scientific discoveries, commitment to equality (l'égalité), artistry and commitment to brotherhood (la fraternité).

Click here to give your opinion! You may submit two names.

*Marie Curie, the French physicist and chemist, is the second woman to be buried in the Panthéon, but the first to be honored for her own achievements. Sophie Berthelot is buried next to her husband, mathematician Marcelin Berthelot, according to his last wish.