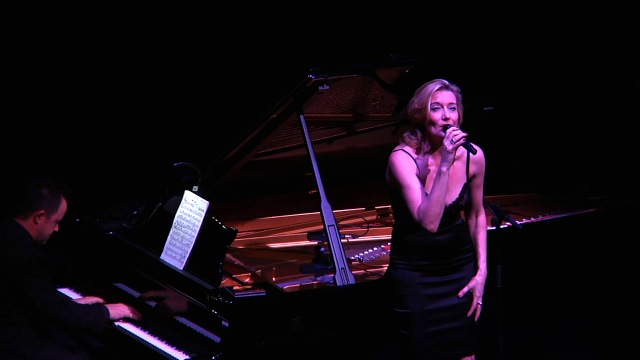 After hearing Caroline Nin's spine-tingling renditions of some Edith Piaf and Marlene Dietrich songs at a gathering hosted by My French Life, I was determined to go to "Hymne à Piaf" last season. When I was finally able to get tickets, I was mesmerized by the storyline of Piaf's life and Nin's soulful voice. Thanks to a very successful season, Caroline was asked to extend the globally acclaimed show until January 4, 2014. I was delighted to have the opportunity to talk with Caroline prior to opening night.

You and your bi-lingual show, "Hymne à Piaf", have received so much coverage in Paris that I feel as if I already know quite a lot about you. For those who aren't familiar with your work, please tell us about your background.
I was born in the North of France but consider myself a Parisian because I grew up here. When I was 20, I wanted to be an actress and studied at the Conservatoire de Paris. After failing my exams twice, I came across a job for singing waitresses at the Hollywood Savoy. When I worked there, we used to perform songs by Ella Fitzgerald, Billie Holiday and Sarah Vaughan. Now, it's more rock and roll. Anyway, that's where I found out that I love to sing. My first gigs were in Paris. But then I decided to move to London to improve my English. It's important for jazz singers to have impeccable pronunciation and I'm a perfectionist.

In London, I became a cabaret singer. In 1999, I was signed by EMI Records to sing “Auld Lang Syne”. I was going to be their new European face. They even scheduled a performance at Richard Branson's castle. But then Cliff Richard came out with his millennium version of "Auld Lang Syne" that went straight to the top of the charts.

So, I went back to Paris and signed a five year contract with the Lido. Even though I did 120 shows, my schedule was flexible. I started performing in Australia, where I've done very well. In June 2011, I performed "Hymne à Piaf" in front of a sold-out audience of 1,200 people at the Elisabeth Murdoch Hall. That's the night that the show was nominated for the Helpmann Award's "Best Cabaret Show".

You've been performing Edith Piaf songs for 10 years. What do you think of Marion Cotillard's portrayal of her in "La Vie en Rose"?
At first, I was reluctant to see it. It's the same way I feel about the new movie about Princess Diana. When someone is so famous, I think it's hard for an actress to get it right. But I was gobsmacked. Marion Cotillard did it for me. I know Piaf backwards and forwards. Cotillard was excellent. Now, I watch "La Vie en Rose" before the start of each season.

A new biography, "Piaf, A French Myth", was released this week. According to reviews, author Robert Belleret asserts that several falsehoods about the singer's life were deliberately perpetuated by Piaf and her entourage. Why is it important to keep her memory alive, even if it perpetuates the myth?
Edith Piaf has a strong power, just like Judy Garland, Billie Holiday and other geniuses who died too young and didn't have enough time on this planet. It's the power of her soul. After several performances of "Hymne à Piaf", I start to transform into her. My posture changes. I feel as if she's there with me.

That's a good segue to my next question. Where do you go to connect with Edith Piaf?
Père Lachaise. I've heard that there's an Edith Piaf museum in Paris, but I've never been. I prefer to go where she is to have a chat. And, that's where she is. There are usually people gathered around her grave, sometimes Anglos singing "La Vie en Rose".

One place where I haven't been but would like to go is the dressing room of L'Olympia. Edith Piaf saved it from bankruptcy. Imagine being there, in her dressing room. When I performed at Ronnie Scott's Jazz Club in London, I used the same dressing room as Sarah Vaughn, Count Basie and Miles Davis. It was like a dream come true. 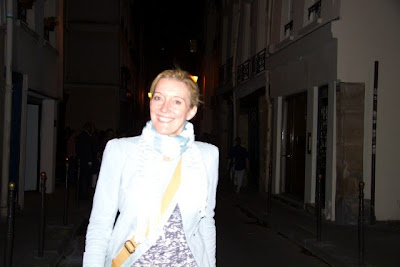 I've been to two of your performances and each time you were wearing black. Is that a tribute to Edith Piaf who performed in a black sheath dress throughout her career?
No, I just think that black looks great on stage. Sometimes I wear red. Or white. I also love to sing in corsets. People think that they can be constricting, but they're good for the posture if you don't tie them too tightly. Putting on a corset and high heels helps get me into my stage persona.

You've interpreted the songs of several famous performers, which one of them would you most like to meet? And what question would you ask?
Edith Piaf. I would ask her about spirituality. That probably sounds strange. Doesn't it? But Piaf was very religious. At that time, France was very Catholic. Everyone went to church and prayed a lot. Piaf was exposed to prostitution at a young age. I would ask about her version of spirituality. She seemed to be driven by her religion. You know, she always used to wear a necklace with a cross.

Which is your favorite song performed by Edith Piaf?
"Mon Dieu" because it's like a prayer. It gets me in the gut, it's anthemic.

Which is your favorite Edith Piaf song to perform?
"Hymne à l'amour". I love the arrangement. It's a soft jazz ballad that Edith Piaf wrote for the love of her life, Marcel Cerdan. He was killed in a plane crash while flying from Paris to New York to see Piaf. So, he never heard it. When I tell the story during my show, people are in shock. I always see women reaching for the hands of their partners because we all understand how awful it would be to lose the love of our life. It's a beautiful song that I sing in English.

You perform "Hymne à Piaf" three times a week. How do you keep it fresh?
That's not a problem because it's such a gift to do this show. It's different every time. People are taken on a journey, a beautiful but tragic journey. I love it. But it's physically difficult. All the songs are belters, ones that require a lot of vocal ability. So, I have to look after myself. When I'm performing, I'm totally dedicated to Edith Piaf. I'm in a kind of bubble.

Why should people see "Hymne à Piaf" instead of another Piaf show?
There are many Piaf impersonators in Paris who sing one gorgeous song after another. With a storyline in English, I try to give the audience a better understanding of Piaf's life and her work. Plus, my show has been nominated for several international awards and is performed in a thirteenth century cellar.

Can you give us any insider's tips on where to have drinks or dinner after the show?
For drinks, there's a little bar right near the Essaion. It's L'Excelsior. The people are lovely and they have good wine. For dinner, I would go to Au Petit Fer à Cheval, La Belle Hortense, Les Philosophes or La Chaise au Plafonde. The same guy owns all four restaurants. They use fresh produce and serve dinner until 12:30 am.

Do you have any plans for the 50th anniversary of Edith Piaf's death on October 10/11?
I would like to organize something special, perhaps drinks with the audience after the show. I'll keep you posted. 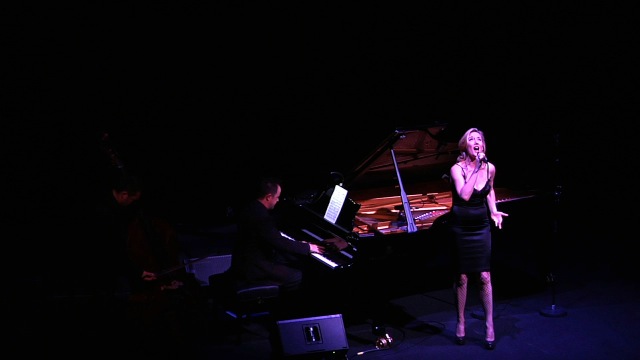