Last minute change of plans from Burgundy to Belgium and from wine to beer... (Part I) 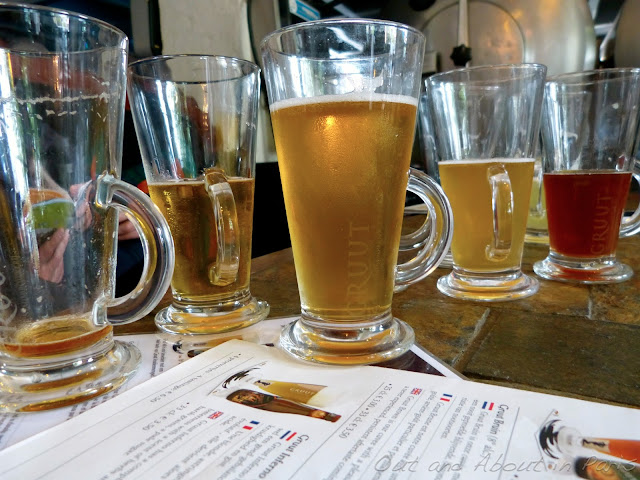 "I just spoke with someone at Le Boat. They had to cancel our reservation because the water level in the Nivernais Canal is too high. Can you find somewhere else for us to go?"

My heart sank when Stéphane called last Monday to tell me that our much anticipated boating trip in Burgundy with our daughter had been cancelled. Gone were visions of the three of us cycling to quaint villages for lunch and leisurely sipping red wine on the deck in the evening. Instead, I was charged with the task of finding an affordable last minute alternative during one of the busiest travel weeks in Europe. Even after hours spent scouring the internet, Sara and I couldn't find a getaway that cost less than 1,790 euros per person. In desperation, I called Stéphane and told him that we were going to have to get creative, to think outside the box. "How about driving to Belgium?" I proposed.

The idea of traveling north instead of south must not have been as wildly imaginative as I thought because Sara and I spent most of Tuesday trying to find accommodations. As it proved to be impossible to book more than one night in any of the hotels, we wandered from city to city like nomads for the next for five days. It turned out to be a marvelous experience. Here are a few of the highlights: 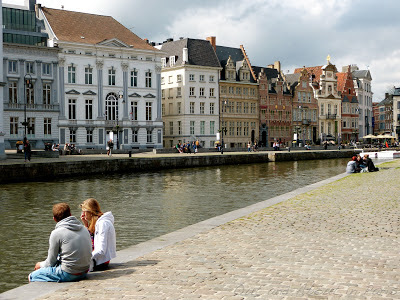 Larger than London and second only to Paris in size, Ghent was one of the most important cities in Europe from 1000 until 1550. With one of the largest car-free areas in Europe, it's currently a pedestrian's delight. Historical buildings line the canals, while the impressive medieval Castle of the Counts dominates the center of town. Wander down one of the picturesque cobblestoned streets and you're sure to discover yet another cozy café or enticing restaurant. The multitude of interesting culinary options has made Ghent one of the top destinations for foodies in Belgium.

Bed and Breakfast: Angels on the Water, an idyllic spot for a relaxing getaway
Lunch: Vintage for a delicious two-course lunch with coffee for 17 euros
Stores: Tierenteyn-Verlent for mustard and Home Linen at Korenlei 3 for a large collection of handmade Belgian linen.
Reasons for me to return: To see "The Adoration of the Mystic Lamb". According to art historian Noah Charney, "The Mystic Lamb is without a doubt the world's most besieged and coveted artwork. In Paris it would easily knock the Mona Lisa off the throne."

I also want to try a Mastellen, a local speciality made from a bun topped with cinnamon and sugar before being heated with an iron. After an entertaining talk with the enterprising young owner of Mastelle and Co., I regret being overly full to try one of these local specialities. I'll definitely sample one the next time I'm in Ghent! 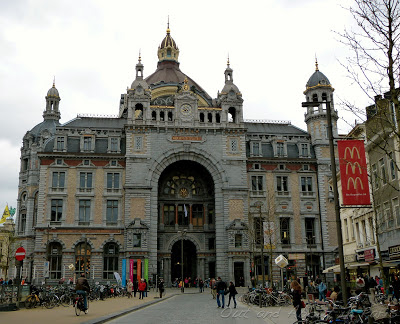 As the global hub of the diamond trade, Antwerp has an impressive train station that was named the fourth most beautiful station in the world by Newsweek. It spans four levels and is known as the the "Railway Cathedral" because of its stunning architectural features. After marveling at the vaulted ceiling, we left the station to do some window shopping in the thriving diamond quarter. Once the exclusive domain of Jewish families, the diamond trade is now a melting pot of diverse cultures that includes Indians, Africans, Armenians and Lebanese. The neighborhood is a great spot to have a spicy curry or traditional Jewish kosher specialities. 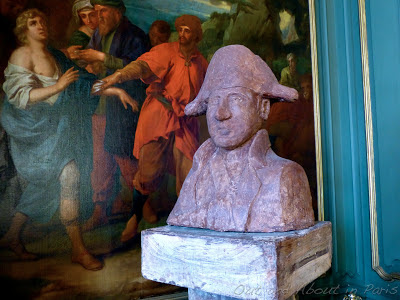 Not knowing very much about Antwerp prior to our visit, it was interesting to learn that the city was ruled by the French from 1794 until 1814. In addition to ordering the construction of Antwerp's first lock and dock, Napoleon Bonaparte made the Palace on the Meir into his personal residence during the French occupation. Napoleon's former kitchen is now the domain of Belgian chocolatier Dominique Persoone, who makes innovative creations such as caramelized onion, bacon and cannabis truffles. A chocolate bust of Napoleon oversees the sale of chocolate lipstick, pills and other confections in the the opulent salon.

Hotel: 'T Sandt Hotel is in a beautifully transformed neo rococo mansion conveniently located near the historic center of town.
Reasons for me to return: The waffles at Wafelhuis Van Hecke and "Bonaparte at the Scheldt" at the MAS. Using paintings, prints, maps, model ships and archive records, the temporary exhibition examines how 20 years of French rule altered the appearance of Antwerp. Best of all, Antwerp is only two hours by train from Paris!

(Stay tuned for the highlights of Ypres and Bruges in Part II of this post.)

Still not convinced that Belgium is a great destination? Please click here to read Sara's 10 Reasons to visit Flanders, Belgium. 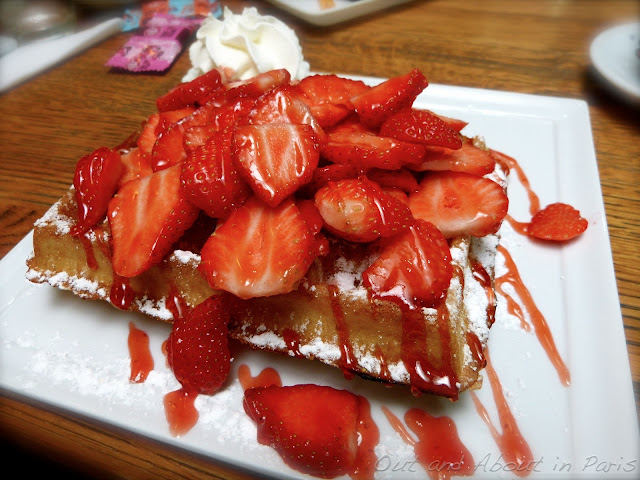