"A Monster in Paris", "Deserter" and "Romeo and Juliet" in French 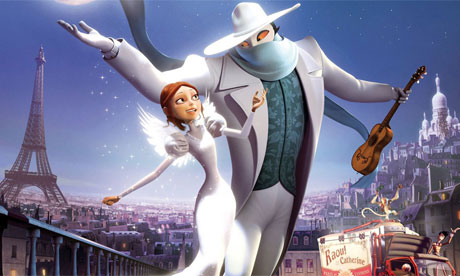 It's the 1st of May? Already?! What happened to April?

With my trip to the USA, the horrific bombings in Boston, visitors from out of town and a slew of doctors' appointments prior to my daughter's upcoming (and hopefully last) surgery, April passed in a blur.

Here are just a few of the things that I had intended to share with you last month:


A Monster in Paris - I'll forever remember this whimsical animated film for providing some much-needed stress relief during a harrowing flight from Boston to Atlanta. As the plane bounced up and down like a carnival ride, my attention was completely diverted by the antics of a wacky inventor, his camera-crazy best friend and a madcap monkey. Set in Paris during the flood of 1910, the song and dance numbers of doe-eyed chanteuse Lucille (Vanessa Paradis) and Francoeur (Sean Lennon), a giant flea with a big heart, had me tapping my toes along with the music. The superbly choreographed dance sequences are captivating, the music is delightful and the vibrant story line is packed with unforgettable characters. Most remarkably, the only time that my mind strayed was during the overly long chase scene featuring an egotistical police commissioner who's determined to catch Francoeur and become the next mayor of Paris.

If you would like to be transported to the cobblestoned streets of Paris during your family's next movie night, Shout! Factory, in collaboration with EuropaCorp, recently released A Monster in Paris on DVD and on two-disc Blu-ray 3D Combo Pack in the United States. 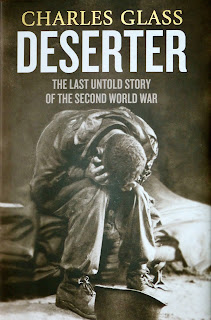 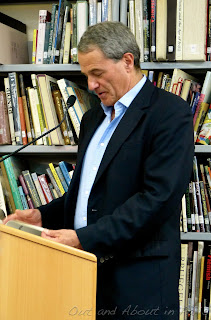 Deserter: The Last Untold Story of the Second World War - Growing up, I frequently heard tales of relatives or family friends who fought gallantly in World War II. When we visited the beaches in Normandy, our guide recounted tales of soldiers who displayed incredible heroism in the face of insurmountable odds. It was only when I attended a recent author event at the American Library in Paris that I learned that nearly 100,000 British and 50,000 American soldiers deserted the ranks during the Second World War. In Deserter, historian and veteran reporter Charles Glass addresses what has been, up until now, a taboo subject. By following three soldiers into battle and examining the conditions that prompted them to flee, Glass shows that desertion was a natural human response to the extreme psychological stress of war.

The American Library hosts more than 60 author events per year. Thanks to ongoing support by the Annenberg Foundation, all but a few of these programs are free and open to the general public. Please visit the library's website for information about upcoming events. 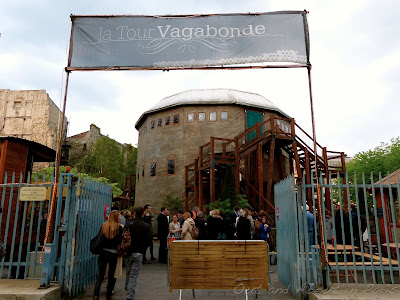 Romeo and Juliet in French? While I've got to admit that I was a bit skeptical about watching this masterpiece in anything but Shakespearean English, I was completely captivated by the performance of the theatrical troupe, Les Milles Chandelles last Saturday evening. Set in la Tour Vagabond, an itinerant theatre modeled after the Globe, the actors use all three levels of the stage to their advantage. When a verbal confrontation quickly escalates into a sword fight at the beginning of the first scene, the actors exchange blows while dangling from ropes over the upturned heads of the audience on the ground floor. Given the intimate nature of the space, it was easy to lose myself in the action on stage. I felt as if I was among the guests at the masked ball when Juliet first meets Romeo and by the side of the star-crossed lovers at the end of their short lives.

Les Milles Chandelles will perform Romeo and Juliet at la Tour Vagabond until June 20, 2013. As seating is open, be sure to arrive early to get a spot with an unobstructed view.
Labels: A Monster in Paris American Library in Paris author events Charles Glass Deserter: The Last Untold Story of the Second World War la Tour Vagabond Les Milles Chandelles Romeo and Juliet