Banishing our woes at Étretat 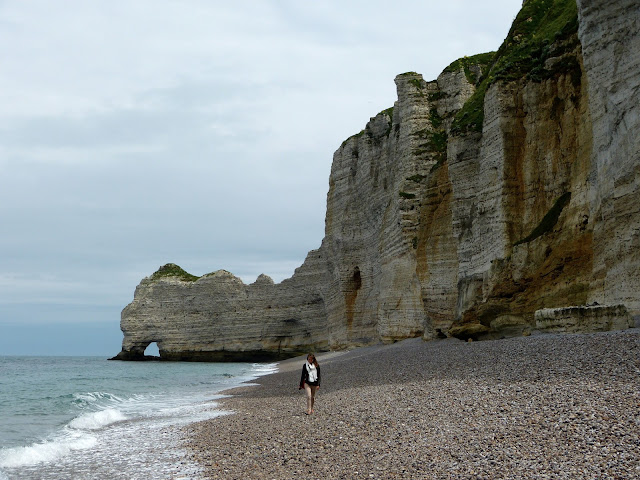 It has been a weird week. No, that's an understatement, a misrepresentation of the facts. 2013 is turning out to be one of the strangest years that our family has ever experienced.

To celebrate Sara's successful surgery last Wednesday and the news that she doesn't need a third operation, we left for an impromptu mother-daughter trip to Normandy on Sunday. Stéphane, who didn't want to miss out on the fun, decided to join us for the first night. When it was time for him to return to Paris on Monday morning, we hugged goodbye in the pouring rain and I lovingly whispered in his ear, "Stop picking at the ingrown hair on your neck. It's starting to get inflamed!" It's tender moments like these that have kept our love alive for so many years.

Fast forward to Tuesday when I received a text message from Stéphane. Rather than continuing on to Italy from Geneva as planned, he informed me that he had booked a return flight to Paris for later that evening. He had also scheduled an appointment with the dermatologist for the following day because the bump on his neck had grown to the size of a prune. Suspecting that he was exaggerating ever so slightly when he said that he looked like a pelican with a throat pouch full of fish, I asked him to send a photo. As soon as I opened the file, I realized that his description was spot on. My husband appeared to have goiter.

Amused by Stéphane's altered appearance, I chuckled and passed the phone to Sara so that she could see the photo of her father. Why, we wondered, hadn't he left his ingrown hair alone. While I would like to say that I had the foresight to tell Stéphane to go straight to the emergency room as soon as he landed in Paris, it took me approximately five hours to reach the conclusion that the bump was actually more serious than funny. Nonetheless, I'm relieved that Stéphane, for once, followed my advice because his next text message was sent from the American Hospital, where they had admitted him for the night so that they could pump antibiotics into his bloodstream to combat the bacteriological infection.

Certain that Stéphane would be released from the hospital the following day, Sara and I continued on our way to Étretat, the coastal town known for its cliffs made famous by the Impressionists. It was while driving around a roundabout and listening to Stéphane's voice on the speakerphone that I learned that the doctors wanted to keep him a couple more nights. What? All because of an ingrown hair! The news came as such a surprise that I almost missed the exit for the beach.

And as if Stéphane's lump wasn't enough, I discovered shortly after we arrived in Étretat  that my personal email account had been hacked and that all of my contacts had received emails with a suspicious link. It's a testimony to the timeless beauty of the rugged cliffs that our problems momentarily receded like the waves as Sara and I walked along the windswept beach.

If all goes according to schedule, Stéphane should be released from the hospital tomorrow afternoon. 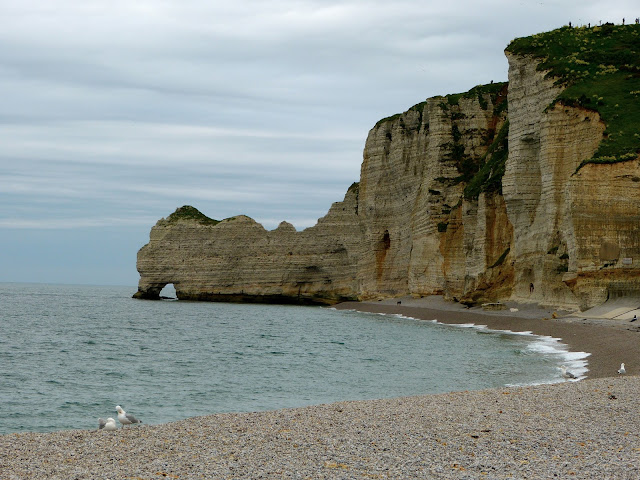