An Archipelago of Floating Gardens on the Banks of the Seine 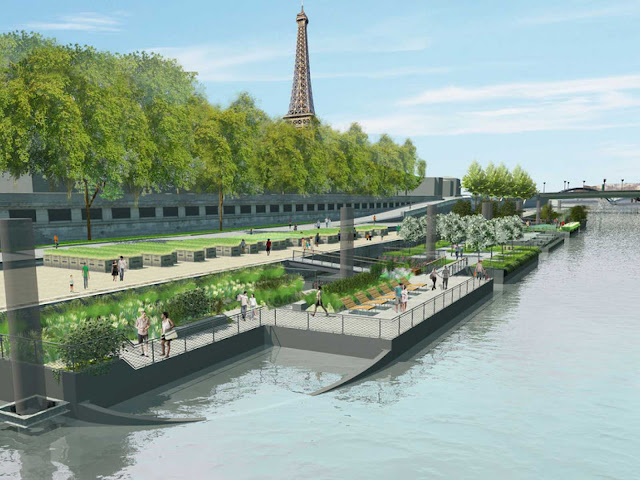 "Paris is the most beautiful city in the world, n'est–ce pas?", announced the driver of bus number 62 as he eased to a stop behind the rush hour traffic on Pont Mirabeau. Pointing towards the Eiffel Tower in the distance, he let out a long sigh that was clearly audible over the public announcement system. Like a group of jet-lagged tourists visiting Paris for the first time, all of the passengers automatically swiveled their heads in unison to admire the sweeping view of their city. It is stunning. I can't fault Parisians for being so proud. And thanks to Mayor Delanoë's plan to "reclaim one of the most beautiful urban and river landscapes in the world", the cityscape is about to become even more remarkable. 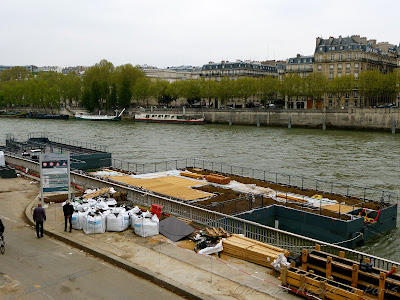 As part of the transformation, there will be a 1.4 mile (2.3 km) pedestrian walkway along the bank of the Seine between the Musée d’Orsay and the Pont de L’Alma. Five floating islets on specially constructed barges moored to the shore will boast an array of 55 trees, 220 shrubs, tall ornamental grasses and semi-aquatic plants. Each of the interconnected islets will have a different theme: 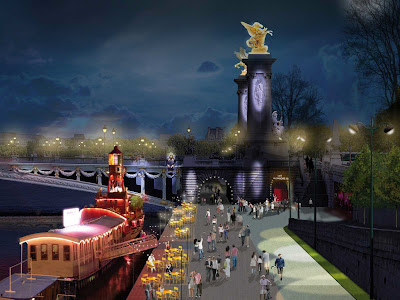 In addition to the archipelago, a restaurant and a space dedicated to cultural performances will be created under the Pont Alexandre III.

With the conclusion of the redevelopment project scheduled for the summer of 2013, anticipation is running high. Visiting the construction sight was the one thing that Stéphane wanted to do during his day off yesterday. We'll keep tracking the progress of the islands and let you know as soon as they're finished. 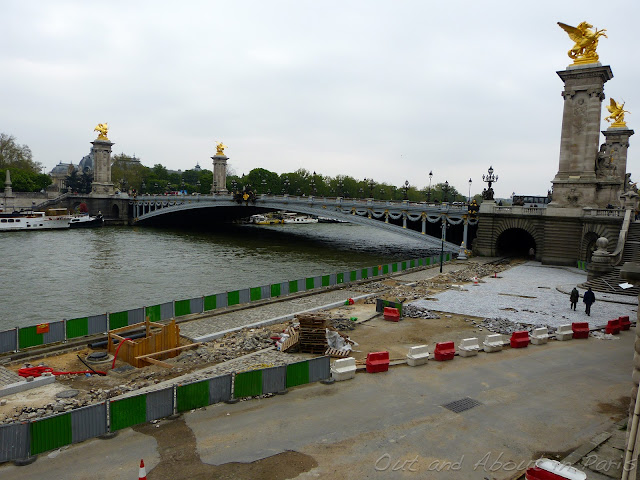