Feel like a star! Have your portrait taken at the legendary Studio Harcourt in Paris. 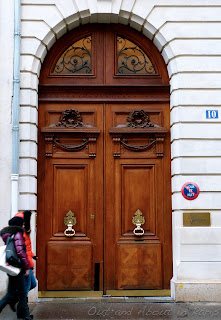 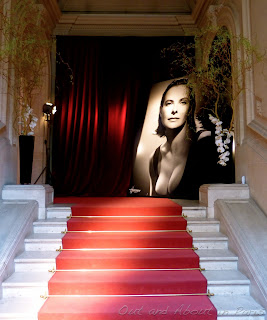 Located in a magnificent limestone mansion on a quiet side street near the Champs-Élysées, Studio Harcourt attracts legendary movie stars, members of the French elite and regular people, like me, who are curious to know what lies behind the massive wooden doors with the over-sized brass knockers on rue Jean Goujon. After peeking into the quiet courtyard that shelters visiting celebrities from prying eyes, I momentarily paused to pay homage to all of the illustrious people who had proceeded me up the grand red-carpeted stairway.

Studio Harcourt was established by Cosette Harcourt, the Lacroix brothers and Robert Ricci, Nina Ricci's son, in 1934. Wanting to modernize the portrait tradition of the nineteenth century, Cosette Harcourt recruited the best photographers of the day, those who were involved with cinematography. The first photographs were taken on a stage using continuous lighting that allowed photographers to play with light, just as musicians play with notes. Harcourt has used the same artistic process for the past eighty years to create its legendary black and white portraits. 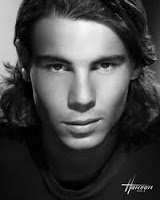 Even though Harcourt remained open during World War II, the studio experienced difficulties. Colette's parents, who were Jewish, fled France in 1943. After the French Liberation, American soldiers flocked to Studio Harcourt to have their images immortalized by the same studio as Clark Gable and Cary Grant. Young men from Kansas, California and Mississippi posed under a dozen lights carefully positioned to give their features a chiseled appearance. When they returned home bearing portraits with the distinctive logo blazoned across the lower right corner, word of Studio Harcourt spread across the United States.

With the advent of color photography, Studio Harcourt nearly foundered but was saved when former  Culture Minister Jack Lang bought Harcourt's collection of photos taken between 1934 and 1991. As part of the country's cultural heritage, the archive of 5 million negatives of 550,000 people and 1,500 celebrities is stored at the National Archives of France. 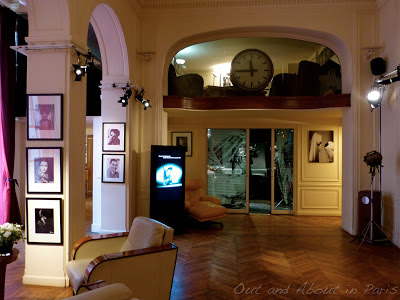 If you would like a very special memento from Paris but are looking for something more original than an Hermès bag or a pair of Louboutin shoes, make an appointment to have your portrait taken at Studio Harcourt. It's a luxury item and expensive, but it's timeless. 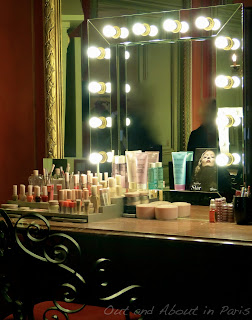 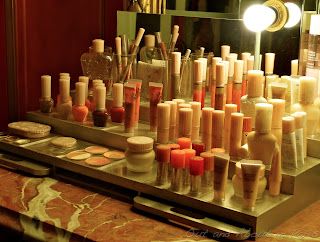 The experience starts with a glass of champagne (bien sûr!) and a professional makeup session in the Studio Jean Cocteau. Like Barbie, who arrived with her own hairdresser, jewels from the Place Vendôme and specially made haute couture gowns to fit her curvaceous figure, you'll look like a star when they call you to the stage. 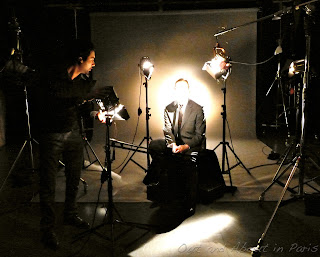 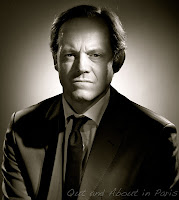 Surrounded by cameras, you'll be enveloped in a cocoon of light as one of the ten Harcourt photographers from around the world snap your photo in a variety of poses. Most interesting for me was watching how lights were positioned around our "model", Commercial Director George Hayter, to achieve the iconic Harcourt look.

In addition to one and two hour portraiture sessions (900 € and 1,900 € respectively), Studio Harcourt also offers makeup workshops in the Studio Jean Cocteau (135 € per person) and photography workshops. Although they're most famous for their portraits of individuals, Studio Harcourt also photographs couples, families, groups and products.  Please refer to their website for additional information.