Do you want to know the future? 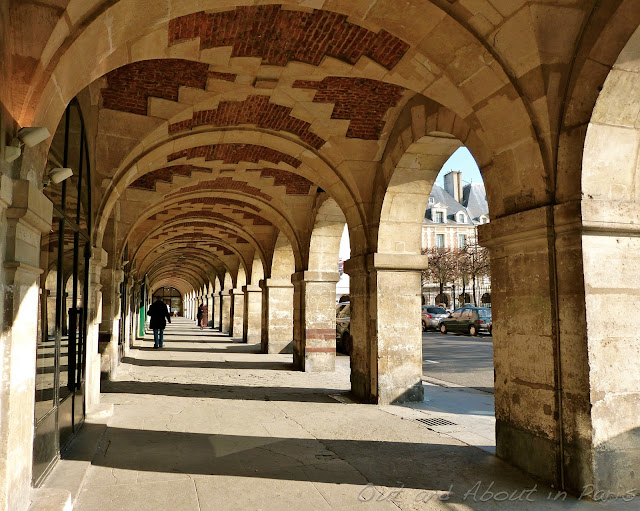 It has been awhile since I've mused on Monday. Stéphane is in Turkey, Sara returned to New York last Tuesday and our friends departed on Saturday. Our apartment is eerily empty, except for me. I'm left to ponder a brief encounter that I had with an elderly woman under the arcades at the Place des Vosges this afternoon.

Using the wall to steady my arm as I prepared to take a photo of a man in a heavy winter coat, I remember thinking that his solitary figure would make an interesting silhouette, a pleasing contrast to the long afternoon shadows of the columns. Suddenly, there were two people in the viewfinder, a man and a woman. Disappointed that the composition had changed and that the man had moved to the left of center, I nonetheless snapped a quick picture. As if sensing my dismay at her untimely appearance, the wizened old woman pulled her cloak protectively about her and veered to the outside of the columns allowing me to get a clear shot. When I smiled in appreciation, she fixed her hooded gaze on my eyes, like a hawk. Appraising me, she asked if I wanted to know the future. Not "my" future but "the" future. I felt a shiver run down my spine. Humans aren't supposed to know the future. After I thanked her and replied in the negative, she responded, "It's not expensive."

Shaking my head, I walked a couple of steps before turning around. She was gone. I was hit by a pang of regret. Had I made a mistake? Perhaps she did know "the" future. Ruminating on the woman's chance appearance, as if out of nowhere, I considered her question as I took a photo of a young couple relaxing on the grass and another of a small child playing in the sandbox. Do I want to know how much longer Stéphane and I will stay in Paris, or where we'll go next? If the soothsayer told me that my days of sipping wine at my favorite café are numbered, would I change anything? Are there still places that I want to visit and things that I want to do?

And, what did she mean by "It's not expensive."? Think of how much money some people would pay to know the future. It's all relative. I'm fairly sure that Mitt Romney would have shelled out some serious cash to learn the results of the 2012 Presidential Election beforehand, if for no other reason than that it would have probably saved him money in the long run. What's expensive to me is merely chicken feed to someone with a hefty fortune.

How much would I pay to know "the" future I wondered as I made my way towards Notre Dame. Nothing, I decided. I'm too immersed in the present. 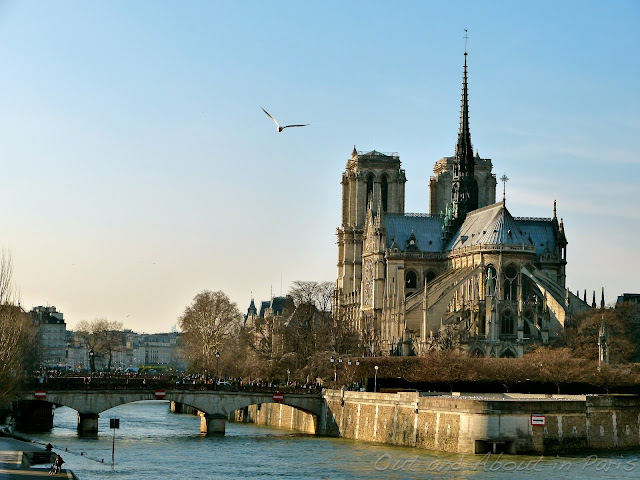