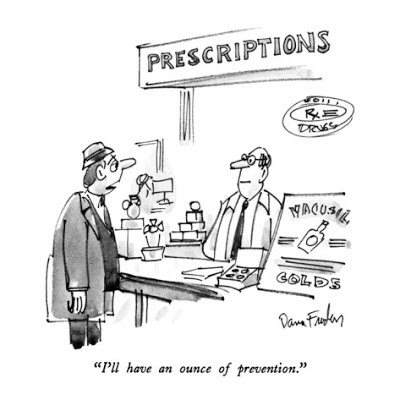 "When was your last eye exam?" demanded Dr. Cohn as I squinted my eyes in a futile attempt to read the minuscule words on the card in front of me. After explaining that I haven't had my eyes examined since we moved to Paris almost two years ago, he replied, "You should have an exam every year. But times flies, doesn't it?" It certainly does, especially when you're an expat trying to build a new life for yourself in a foreign country. How was I supposed to know that ophthalmologists are the rock stars of the French medical community and that it takes new patients 3-6 months to get a much-coveted appointment.

Being one who's slow to commit, I had kept my full roster of Swiss doctors on standby when we moved to Paris. After all, four hours by train didn't seem too far to travel if I was suddenly struck by some bizarre illness that required immediate attention. I always figured that I could hop on the TGV in the morning, see my doctor in the early afternoon and be home in time for dinner. That all changed when I had to go to the emergency room on my birthday last July. The French doctors completely won me over with their professional, yet compassionate, care. Plus, it's reassuring to know that they're nearby when I need them.

If you're still trying to assemble your medical team in Paris, the best place to start is at your local pharmacy. Based on feedback from their customers, they'll be able to make recommendations for the doctors in your neighborhood. If having a doctor who speaks English is a top priority, click here to see the list compiled by the American Embassy.

No matter where you live, be sure to stay on top of your medical check-ups in 2013. It's what I've been doing this week and it feels good to have almost all of my annual visits behind me!

Here's my "dream team" of doctors, each of whom I would recommend without reservation.

General practitioner: Dr. Robert Steinmetzer, 14 avenue President Wilson, 75116 Paris. Tel: 01 58 12 09 35. Dr. Steinmetzer is a Belgian who is well-versed in the American approach to medicine. He practiced at the Cleveland Clinic in the United States and currently practices at the American Hospital in Paris.

Dentist: Dr. Sophie Cohen-Allouche, 133 avenue Emile Zola, 75015 Paris. Tel: 01 45 79 97 44. After hearing negative reports about French dentists from my Canadian dental hygienist in Switzerland, who has lots of French patients who cross the border for their dental care, I doubted that I would be able to find a good dentist in Paris. Dr. Cohen-Allouche has completely changed my mind because she has done a remarkable job replacing my old fillings with inlays. She's meticulous and has small fingers, which is important when she's working on a tooth at the back of your mouth for two hours! We've only spoken French together but she also speaks English.

Ophthalmologist: Dr. Howard Cohn, 45 rue Vineuse, 75016 Paris. Tel: 01.53.65.68.10. Dr. Cohn is an American who was also an Assistant Professor at Cornell University. I figured that I better stick with an English-speaking ophthalmologist so that I wouldn't mess up the vowels while reading the eye-chart in French!

Dermatologist: Dr. Stephanie Régnier, 19 rue Molitor, 75016 Paris. Tel: 01 46 51 11 60. After being diagnosed with melanoma 2 1/2 years ago, I was very pleased to have found Dr. Régnier because she is the most meticulous dermatologist that I've ever seen. We've only spoken French together but I believe that she speaks English.

Gynecologist: Dr. Marie-Noëlle Menard, 2 Square Mignot 75116 Paris. Tel: 01 47 55 07 70. Recommended to me by the radiologist at the American Hospital and Sylvia (Finding Noon), Dr. Menard's excellent care after my visit to the emergency room in July is what convinced me to give up my doctors in Switzerland and to switch to those in Paris. After all, it's where I live!