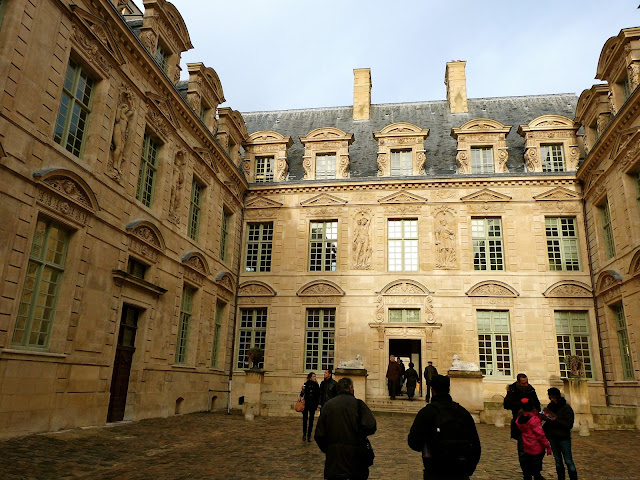 After taking so many days off, I've had a severe case of writer's block that not even an afternoon cup of coffee was able to cure. To help jump start my brain, I decided to ease back into blogging with a post about one of my favorite bookstores in Paris, La Librarie de l'Hôtel de Sully.

Located in the former residence of Henri IV's famous minister, the Duke of Sully, people frequently rush past this magnificent structure without realizing that it's open to the public seven days a week. The next time that you're wandering around the Marais, I urge you to pass through the impressive arched doorway at 62 rue Sainte-Antoine. Once you're inside the courtyard, spend a couple of minutes admiring the architecture of one of the finest Louis XIII buildings in Paris before walking up the steps and turning left into the bookstore.


Classified as an historic monument in 1862 and designated as the official headquarters of the national monuments in 1967, the Hôtel de Sully has an extensive collection of fictional and non-fictional books about France. While I was immediately absorbed by Boutiques Anciennes de Paris, Stephane was fascinated by Les plans de Paris: Histoire d'une capitale. Perusing the descriptions of the most important maps of the French capital from the 16th century to 2001, Stephane was particularly interested in the "Plan de Bâle" because he had received an antique facsimile of this map of Paris as a Christmas gift.  Most importantly, the book revealed that the vertical, rather than horizontal, portrayal of the Seine illustrated the leading role that the river played in 1552. Additionally, the isometric view, or "Vue Cavalière", allowed the cartographer to feature the facades of most of the churches of Paris. 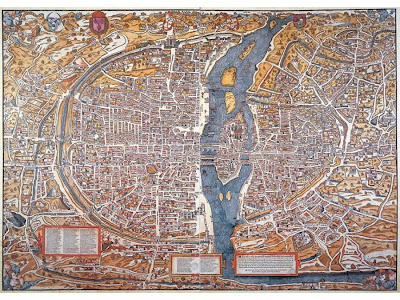 When you're finished browsing in the bookstore, be sure to spend a couple of minutes in the Hôtel de Sully's tranquil garden. From there, you can go to the Place des Vosges via the door at the back. 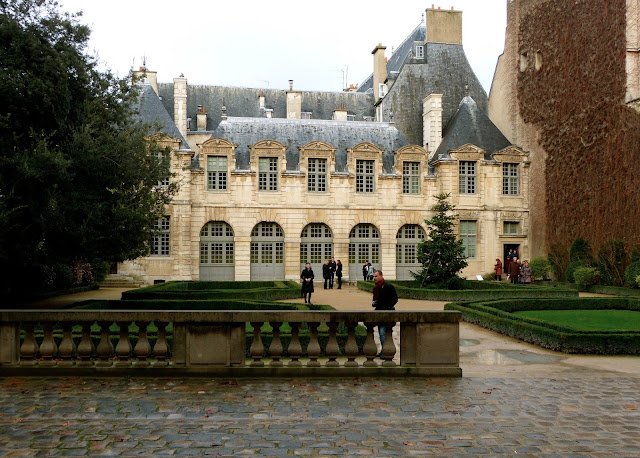