64 days -- that's how long it took the Count of Artois, subsequently King Charles X, to build the Château de Bagatelle in 1777. The challenge arose after Queen Marie-Antoinette, the Count's sister-in-law, wagered that it was impossible to construct a palace with a park in less than three months. The Count, determined to win the bet, enlisted the help of architect Francois-Joseph Bélanger and Scottish landscape gardner Thomas Blaikie. Within the span of sixty-four days, the two men managed to create a small but elegant palace with a beautiful English style garden. Built in the Anglo-Chinese style popular in the 18th century, the delightful gardens feature meandering streams, picturesque bridges, artificial waterfalls and caves.

In 1806, the palace was acquired by Napoleon I for use as a hunting lodge. After the Revolution of 1830, King Louis-Philippe sold the domain to an English aristocrat, Lord Seymour, the 4th Marquess of Hertford. And, this is where the story gets even more interesting because the estate was left to the Marquess's illegitimate son, Sir Richard Wallace.

Never acknowledged by his father, Wallace, who took his mother's maiden name, was well-beloved by Parisians for his charitable works and gifts to humanitarian causes. The next time you take a drink from one of the iconic green water fountains, be sure to thank English philanthropist and Francophile Sir Richard Wallace for donating them to the city of Paris at the end of the nineteenth century.

The Wallace Collection in London is a national British museum which displays the wonderful works of art collected in the eighteenth and nineteenth centuries by the first four Marquesses of Hertford and Sir Richard Wallace. It was bequeathed to the British nation by Sir Richard's widow, Lady Wallace, in 1897. If you're a fan of Wallace fountains, the gift store sells two different miniature models.


From May until September, Parc de Bagatelle's prize-winning rose garden is a riot of colors. Visitors are invited to help select the three most beautiful roses and the rose with the most perfumed scent. Considering that there are 10,000 rose bushes from 1,200 species, it's not an easy task. While you're admiring the vibrant hues of red, purple, pink and yellow, be sure to note the rose's names. Bridget Bardot, Pullman Orient Express and Rose of Hope are some of the ones that caught my eye yesterday.

Parc de Bagatelle hosts a variety of musical events during the summer months:

June 7 to 9: Les Musicales de Bagatelle
June 22 to July 14: 31st Chopin Festival in the Orangerie
August 30 to September 14: Soloists of the Auteuil Greenhouses at Bagatelle

Admission to the park is FREE until June 5, 2014. An entrance fee is charged from June 6 until November 2. 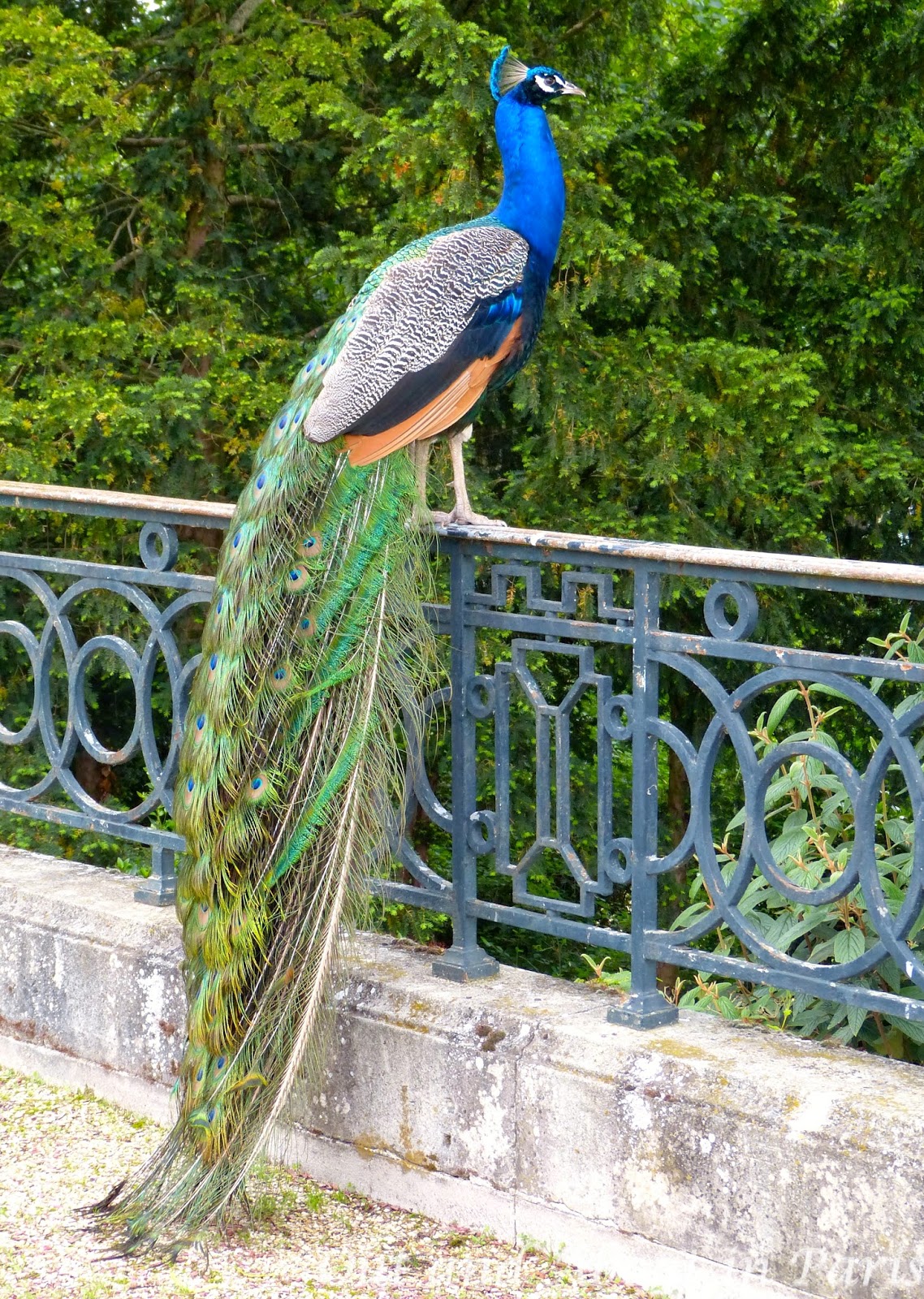 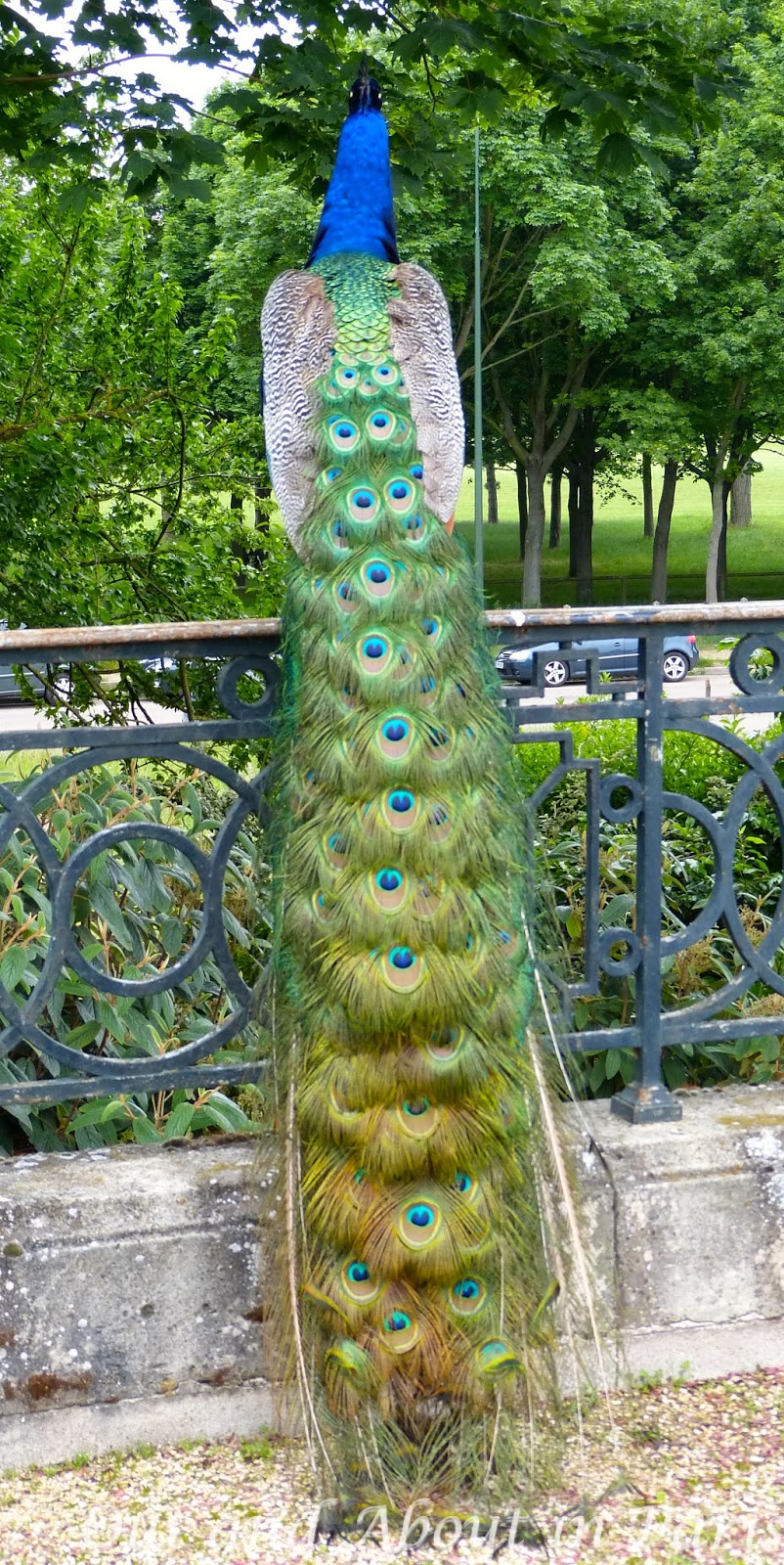 One of the many peacocks at Parc de Bagatelle showing off his plummage
Labels: Château de Bagatelle roses Sir Richard Wallace The Wallace Collection Wallace Fountains