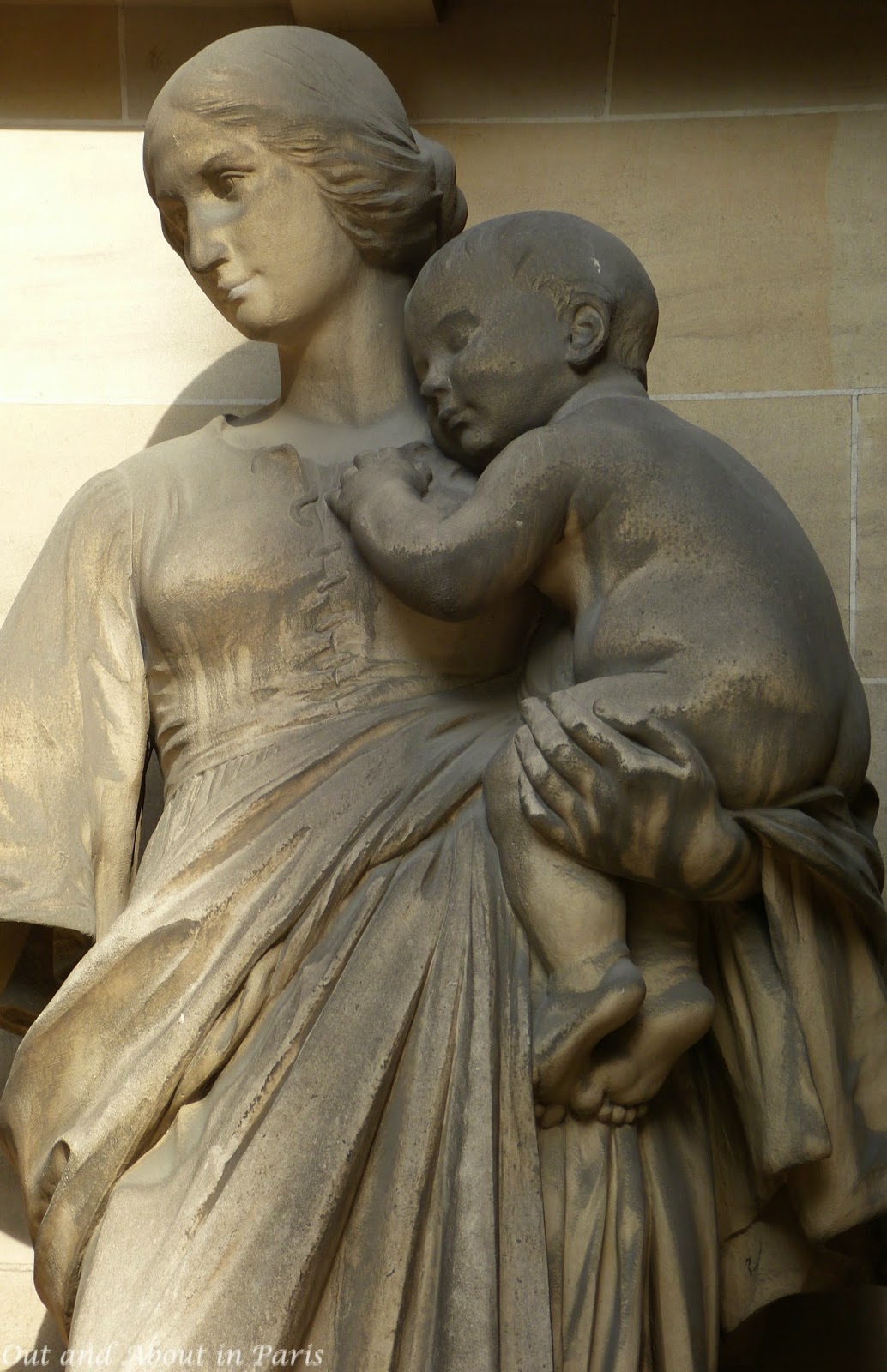 The 4th of May is a tragic day in Parisian history. It's when 126 people, mostly women, perished in a raging fire that engulfed the building housing the annual Charity Bazaar in 1897. The list of the dead reads like a Who’s Who of nineteenth century French nobility. At the top is the Duchesse d'Alençon, sister of "Sissi," the Empress of Austria, who reportedly refused to leave until all of the children and elderly women had escaped the blazing inferno. Her corpse was so badly burnt that it was necessary to use dental records to positively identify her body, thus creating the new discipline of forensic odontology.

Through an unexpected twist of fate, I found myself at the memorial service for the victims yesterday afternoon clutching a piece of paper with the name "Madame Duclos de Varanval" written on it. A mere 23 years old at the time of her death, Madame was the mother of two young daughters. Fortuitously, the small girls remained at home while their mother, fashionably attired in a flowing chiffon dress, attended the bazaar presided over by the Baron de Mackau. No doubt Madame Duclos de Varanval marveled at the elaborate wooden booths of the Charity Bazaar painted to resemble sixteenth century shops and inns.


On the second day of the five-day event, 1,600 of the crème de la crème of Parisian society were gathered in the temporary timber hall on Rue Jean-Goujon. Eager to support the bazaar's charitable causes, the noble ladies briskly purchased trinkets and tombola tickets. At one end of the building, the older children in attendance were entertained by a cinematograph show in a packed booth accessible through a narrow turnstile. It was only eighteen months after the Lumière brother's first private screening of projected motion pictures in Paris.

At approximately 4:15 pm, the projector lamp suddenly went out and the room was plunged into darkness. While the projectionist struggled to refill the Molteni lamp with ether, he asked his assistant for more light. Rushing to his aid, the assistant made the tragic mistake of striking a match. The ensuing explosion caused a jet of fire to shoot across the booth. Within minutes, the wooden floor and the fabric adorning the ceiling were ablaze. Panic ensued as the terrified society ladies, their servants and the nuns who had come to bless the charitable event attempted to flee the burning building. Eyewitness accounts told of women turned into human torches when burning tar from the roof fell on their heads and others trampled to death by men hastening to escape.

Within minutes, the pine building housing the ill-fated Bazar de la Charité was reduced to ashes. Six males and 120 females lost their lives, while another 250 people were seriously injured. Noting the unseemly conduct displayed by some of the gentlemen, the May 16, 1897 headline of The New York Times read "Cowardice of Paris Men Exhibited in Brutal Form During the Burning of the Charity Bazaar".

After the annual memorial mass at Notre Dame-de-Consolation, the church built on the site of the disaster, the iron doors leading to the shrine were exceptionally opened yesterday afternoon. Two scorched dolls, a pair of scissors and other relics retrieved from the smoldering ashes are kept in a glass case as sobering reminders of that tragic day. United by tragedy, descendants of the victims spoke quietly amongst themselves. When the president of the association noticed a stranger in their midst, she asked if I had lost a relative in the fire. "No," I explained, "I'm here because Madame Duclos de Varanval's granddaughter is my father-in-law's friend." During a recent visit to Paris, Mercedes had recounted her family's history. Unable to overcome the grief of his young wife's death, Mercede's grandfather had died pre-maturely leaving the two small girls (Mercede's mother and aunt) as orphans to be taken in by distant relatives in England and Germany.

It's possible to visit the memorial, which is otherwise not open to the general public, at 2:00 pm on the first Tuesday of every month. To arrange a visit, call 06 77 89 85 69 or send an email to bazardelacharite @ yahoo.fr. The price is 8€ per person for a 90 minute visit. For additional information, please refer to the Official blog of the Mémorial du Bazar de la Charité maintained by descendants of the victims.