“Bienvenue à bord!” says our uniformed conductor as she welcomes us aboard the first of four original Orient Express train cars. Rather than collect our passports to facilitate nighttime border crossings during the long trip to Constantinople, she simply scans our tickets for the blockbuster exhibition "Once Upon a Time the Orient Express" ("Il était une fois l’Orient Express”) at the Arab World Institute through August 31.

Recently restored to their original splendor, the dining area and two compartments of the salon car look like something out of a play, or an Agatha Christie novel. Bottles of champagne are chilling in silver ice buckets, a crumpled pack of Gitanes French cigarettes sits atop a yellowed copy of Le Figaro dated October 20, 1883 and the muffled sounds of a clandestine conversation emanate from the first private compartment. Is Mata Hari, the exotic dancer, courtesan and spy, inside? The tables vibrate and lamps flicker as the legendary train, an icon of luxury and romance, seemingly hurtles along the track on its way to Istanbul, a journey that used to last three days and two nights. The forlorn sound of the train's whistle jolts me out of my reverie.


In the far corner of the salon car, I spot an old typewriter. Perhaps it's the very same one that author Graham Green used to write Stamboul Train (renamed Orient Express), his novel about passengers traveling from Ostend to Istanbul. A strand of pearls and elegant silk gloves evoke the memory of the glamorous American singer Josephine Baker, while a stack of false passports with the names of characters from Murder on the Orient-Express is a tribute to author Agatha Christie.

The second part of the exhibition, a collaboration between the SNCF (France’s national railway company) and the Arab World Institute, recounts the history of the Orient Express with archival documents, photographs and film clips. In keeping with the theme of the golden age of travel, oversized travel trunks are used as display cases for brightly colored vintage posters of the exotic destinations along the route of the legendary line.

Marking the 130th anniversary of the fabled Orient Express route, the exhibition is the first step towards bringing the railway legend back to life. The SNCF is currently working on a version of the Orient Express that will allow modern day passengers to travel in style from Paris to Vienna. "The idea is to create a cruise on rail tracks," said Patrick Ropert, head of the SNCF's Orient Express unit. 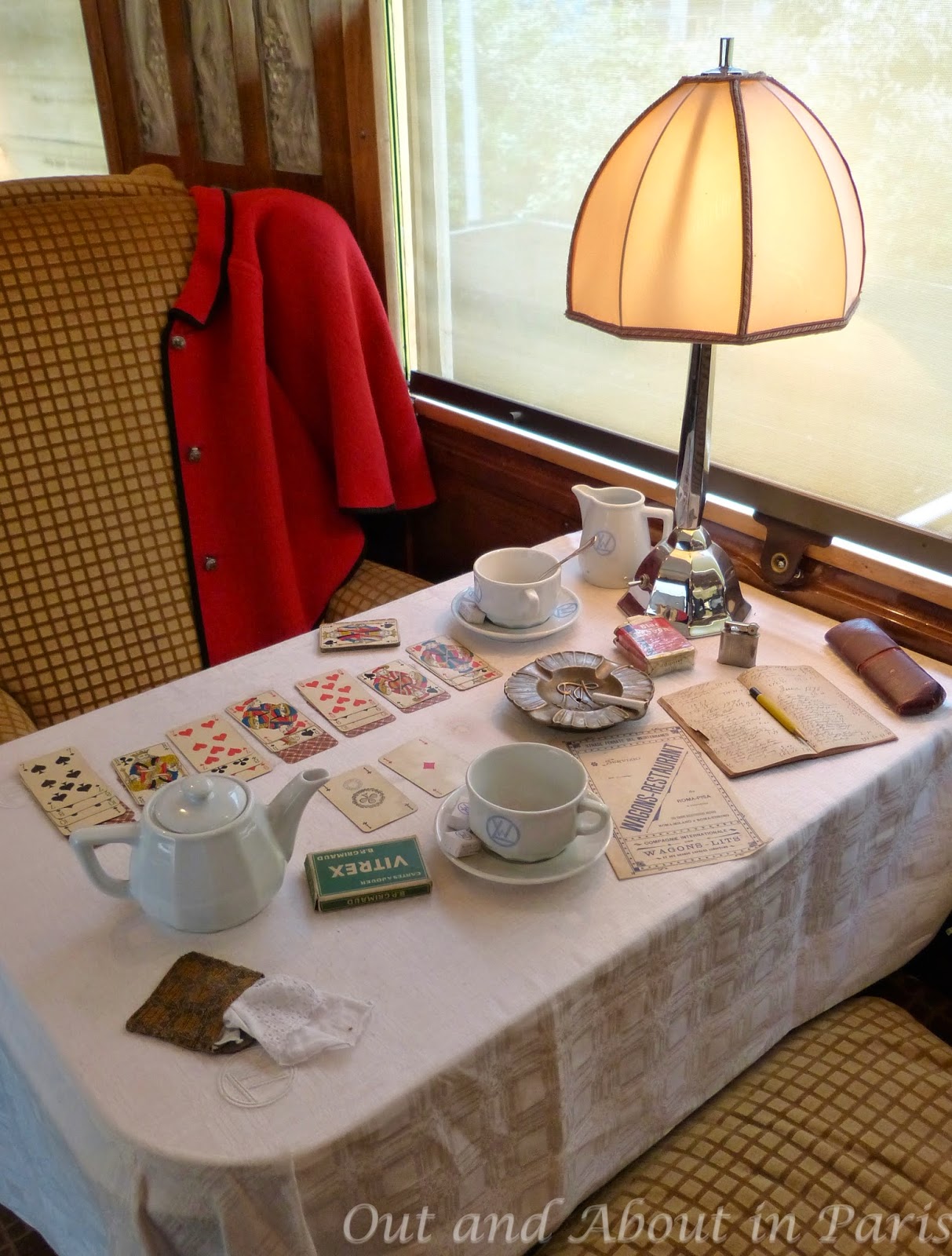 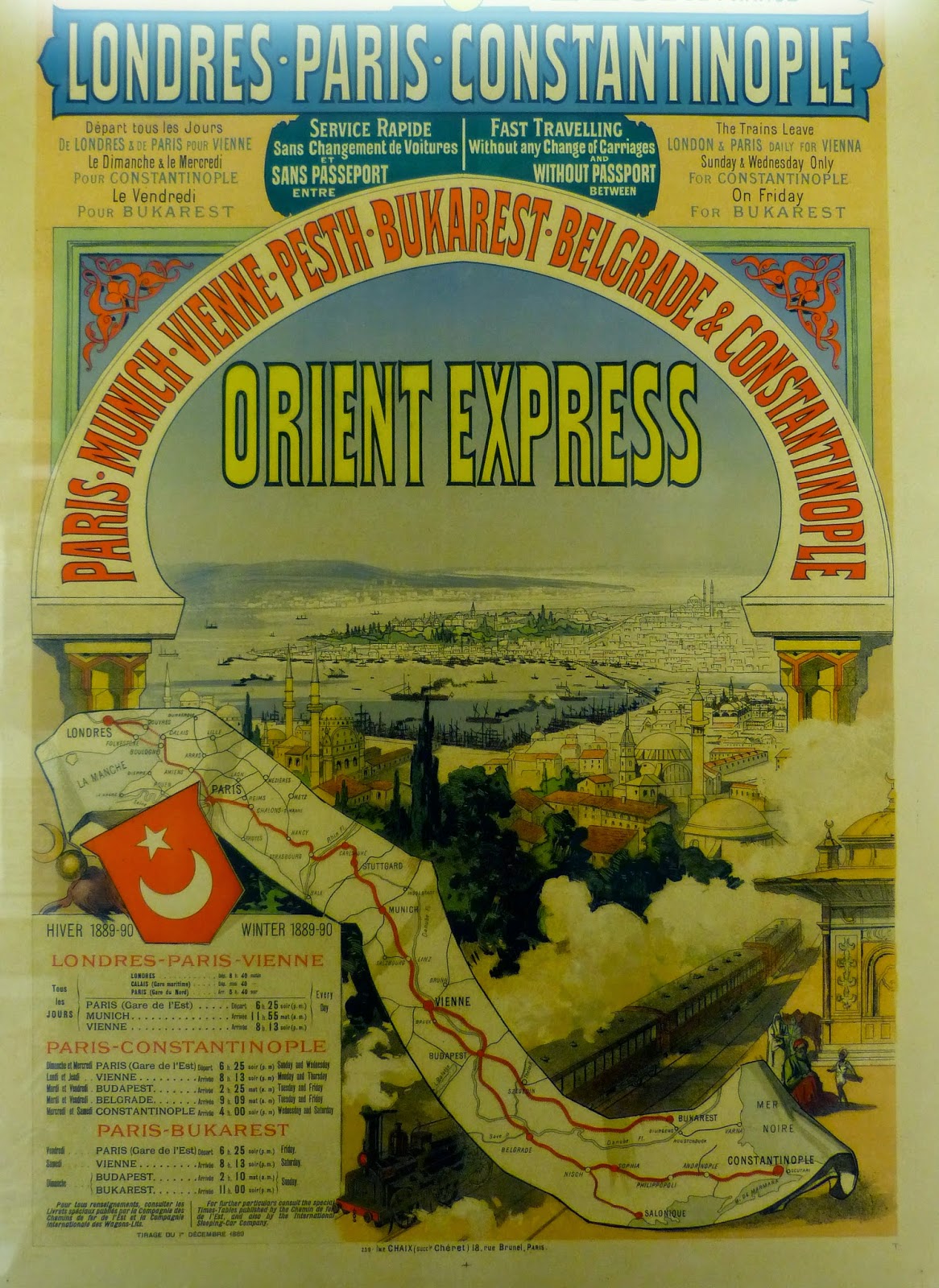 If you would like to further immerse yourself in the luxurious world of the Orient Express, the exhibition includes a "pop-up" restaurant in the dining car. Michelin starred chef Yannick Alleno offers a dinner menu priced at €120, €160 with wine pairings. Reservations are required.

Know before you go: The exhibition's signboards are exclusively in French. If confined spaces bother you, the narrow aisle of the sleeping car may make you uncomfortable. Purchase your ticket online in advance to avoid disappointment or a long wait.