Them and Us: "Yousuf Karsh: Icons of the 20th Century" and graffiti artist JR's "Inside Out Project"

Yesterday, I went to two diametrically opposed yet strikingly similar photography exhibitions -- Yousuf Karsh: Icons of the 20th Century at Mona Bismarck American Center for art and culture and graffiti artist JR's Inside Out Project at the Palais du Tokyo.

Within every man and woman a secret is hidden, and as a photographer it is my task to reveal it if I can. — Yousuf Karsh

During his lifetime, Yousouf Karsh (1908-2002) captured the souls of some of the most famous political, cultural and intellectual figures from France and the United States. The exhibition of 70 of the photographer's most striking portraits juxtaposes an original portrait of Charles de Gaulle, leader of the Free French Forces during World War II and President of the French Fifth Republic, with an intense close-up of Dwight D. Eisenhower, five-star general in World War II and president of the United States. In another gallery, portraits of American authors Ernest Hemingway, Tennessee Williams and John Steinbeck intermingle with those of French writers Albert Camus, Marguerite Yourcenar and François Mauriac.

Karsh's remarkable portraits are so powerful that the acrid scent of Humphrey Bogart's cigarette actually tickled my nose. Gazing into the troubled eyes of Ernest Hemingway, I felt his insecurity and pain, while Marcel Marceau's portrait conveyed a certain lightness, even though the French actor began miming as a way to keep children quiet and safe from the Nazis. When it came time to leave, I had a hard time pulling myself away from Albert Einstein's kindly eyes for they seemed to hold all the secrets of the universe. 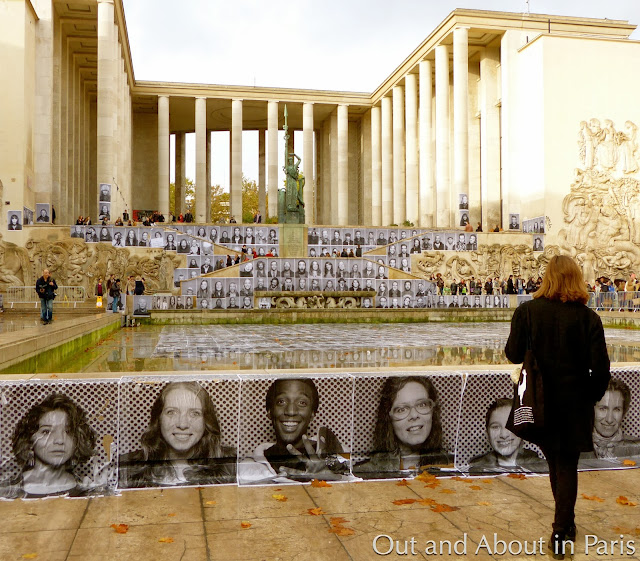 "I wish for you to stand up for what you care about by participating in a global art project, and together we'll turn the world...INSIDE OUT." — JR

While Yousef Karsh's collection of 150,000 negatives includes some of the most well-known figures of recent times, JR uses his camera to show the world its true face. Winner of the 2011 TED conference prize of $100,000, the French graffiti artist, who made a name for himself by plastering giant black and white portraits of people in cities around the world, has returned home to Paris.

From November 6 - 8, the Inside Out photobooth truck took photos of over 900 Parisians and visitors, many of whom resolutely waited in line under the pouring rain, while the project's dedicated wheatpasting crew covered the exterior walls of the Palais de Tokyo with posters of men, women and children. Some people appear contemplative while others make silly faces. The cumulative result is astonishing. Even though these are the same faces that I see on the metro, standing in line at the bakery and pass on the street, there is something captivating about them. They're you. They're me. They're us.

Inside Out Project's photobooth truck will be stationed in front of the MK2 cinema at the Bibliothèque Nationale de France prior to the premiere of the documentary, Inside Out: The People's Art Project on November 12 at 8:00 pm. and in cinemas on November 13. Go and get you picture taken! 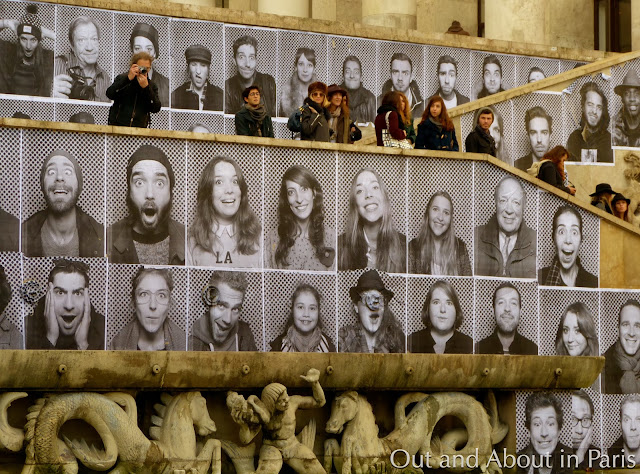