There was a lot of excited chatter as the Embrace Paris group left Le Meurice. The next stop on our itinerary? A behind-the-scenes tour of Moynat, a French luxury accessories brand, located a short distance away from our hotel on the rue Saint Honoré.

While a couple of the women had their hearts set on a Moynat handbag like the one carried by the always-so-chic Norma of My Beautiful Paris, I hoped to get a glimpse of some of Moynat's bespoke items. A blue leather vanity case at the Orient Express exhibition had sparked my interest in this famous Parisian malletier (trunk maker), for it was symbolic of an era when the journey was as important as the destination.

After welcoming us to the boutique, Guillaume Davin, the president of the newly resurrected luxury brand, explained that Moynat was founded in 1849 by Pauline Moynat. The only female trunk maker in history, Pauline was as creative as she was progressive. Not only did she make specially shaped trunks to fit the contours of automobiles, Pauline was also the first trunk maker to produce women's handbags.


Pauline even pioneered the now-common trend of naming handbags after celebrities. In honor of her friendship with legendary actress Gabrielle-Charlotte Réju of the Comédie-Française, she created the Réjane (Réju's stage name) at the beginning of the twentieth century. According to LVMH, "Réjane was the ultimate incarnation of the Parisienne—naturally beautiful and high-spirited. To give a more feminine touch to the handbags the actress carried on stage, Pauline invented her first 'handbags for ladies', which were smaller and lighter. Réjane wore them in her performance in Décoré by Henri Meilhac at the Théâtre des Variétés in 1888."


Under Ramesh Nair, Moynat's new creative director, the Réjane has been revived as a structured city bag with a patented locking system and a clutch bag with a detachable shoulder strap. Nair, who previously worked alongside Martin Margiela and Jean Paul Gaultier during his stint at Hermès, told us that it takes an average of 24 hours to handcraft each Moynat bag. They are made from start to finish by a single artisan. The beautifully styled bags are priced in the €2,200 to €4,500 range.

The next time you're strolling down the rue Saint-Honoré, be sure to visit Moynat's boutique. There are currently only two locations in the world where you can admire their bags, briefcases, picnic baskets, champagne carriers and vanity cases:

Click here to view more photos of our visit on Facebook. Related posts and videos: traveling in style by My Paris Apartment and Embrace Paris Visits Moynat, a video by Andrea Claire. 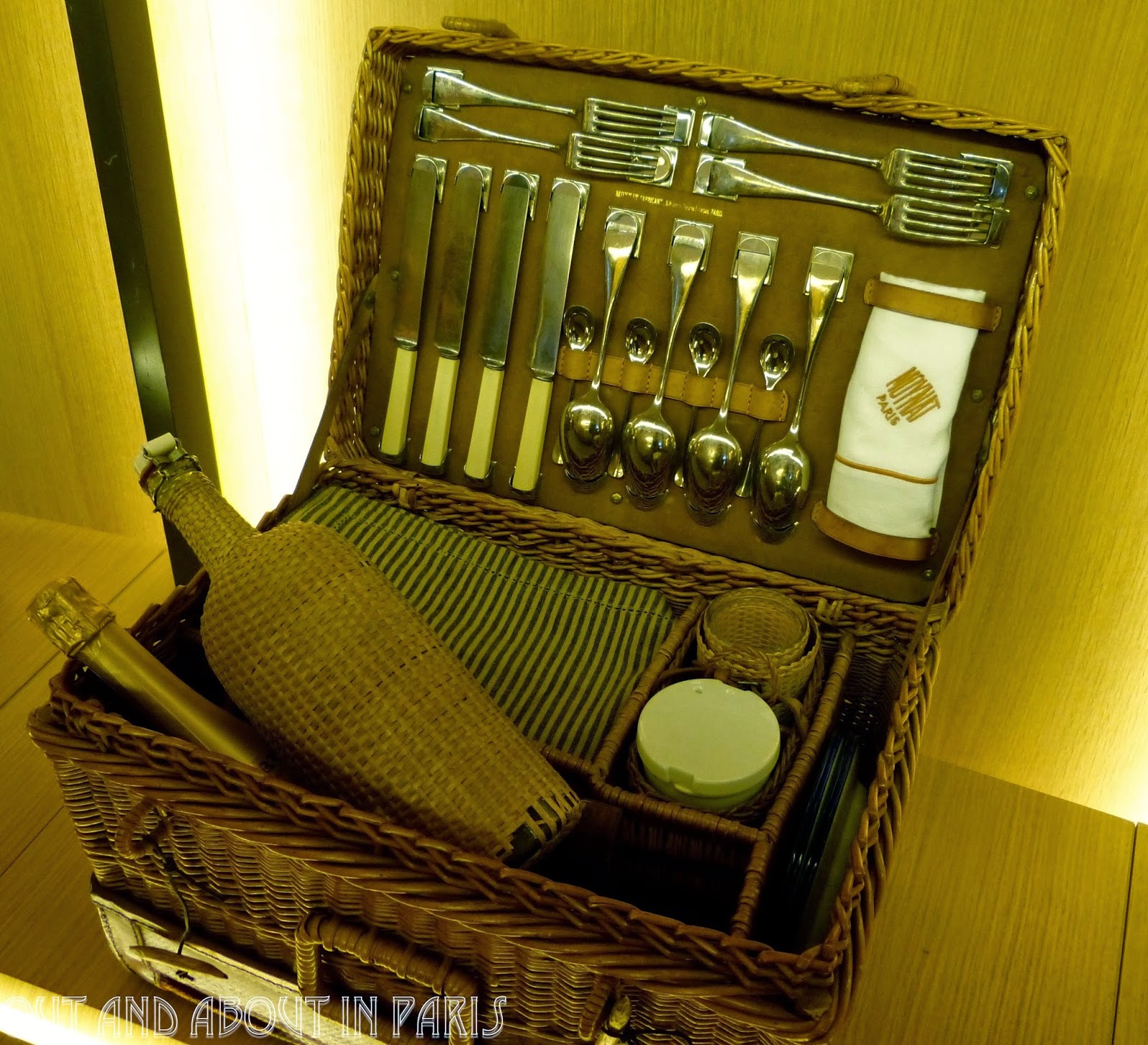 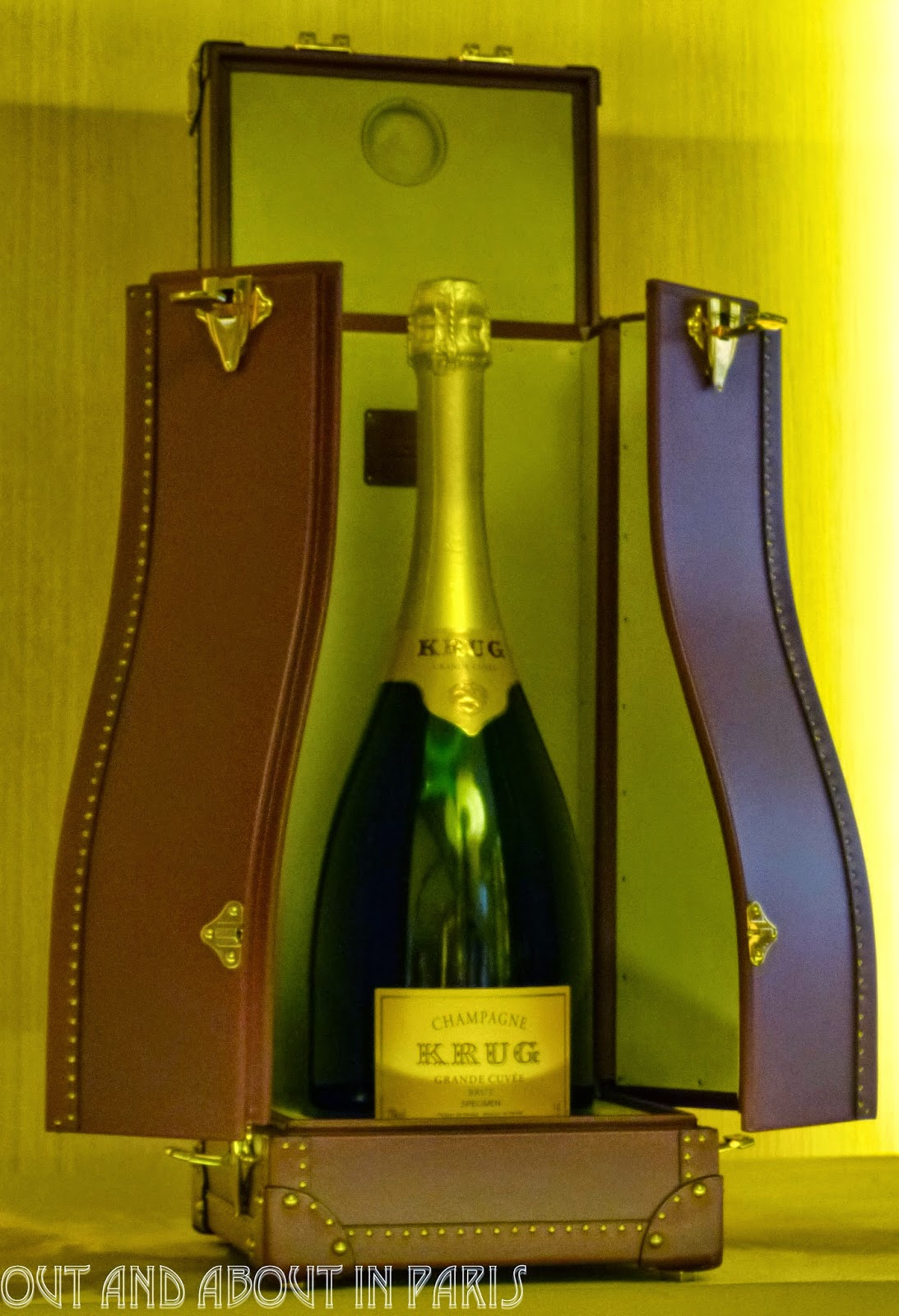 Picnic in style with a Moynat picnic basket and champagne carrier