Do you remember the scene in Midnight in Paris when Owen Wilson's character Gil bumps into Adriana at a wild party hosted by F. Scott and Zelda Fitzgerald? It's where exuberant guests are seen dancing the Charleston and spinning around on a Vélocipède, a nineteenth century bicycle carousel, at what appears to be some sort of fairground.

The setting is actually a little-known private museum, the Musée des Arts Forains (Museum of Fairground Art), located in some of the last remaining wine cellars in Bercy. The museum, which features a selection of one of the world's largest collections of fairground art, is the brainchild of former actor and antique dealer Jean-Paul Favand.


Even though I had previously visited the Musée des Arts Forains when it was exceptionally open to the general public during the Christmas holidays, the guided tour of the three, themed pavilions exceeded my expectations. You should have seen the smiles on the faces of the University of Michigan students when they were told that they would spend the next 90 minutes playing, singing and dancing. The fun started with the Garçons de Café race, a game based on an annual event in Paris when waiters ran 8 kilometers (5 miles) with glasses balanced precariously on a tray. In the carnival version, contestants roll a red ball to advance their mustachioed waiter. Roll the ball too hard and it comes back to you without scoring any points. Roll it just right and your waiter practically runs to the end of the track. 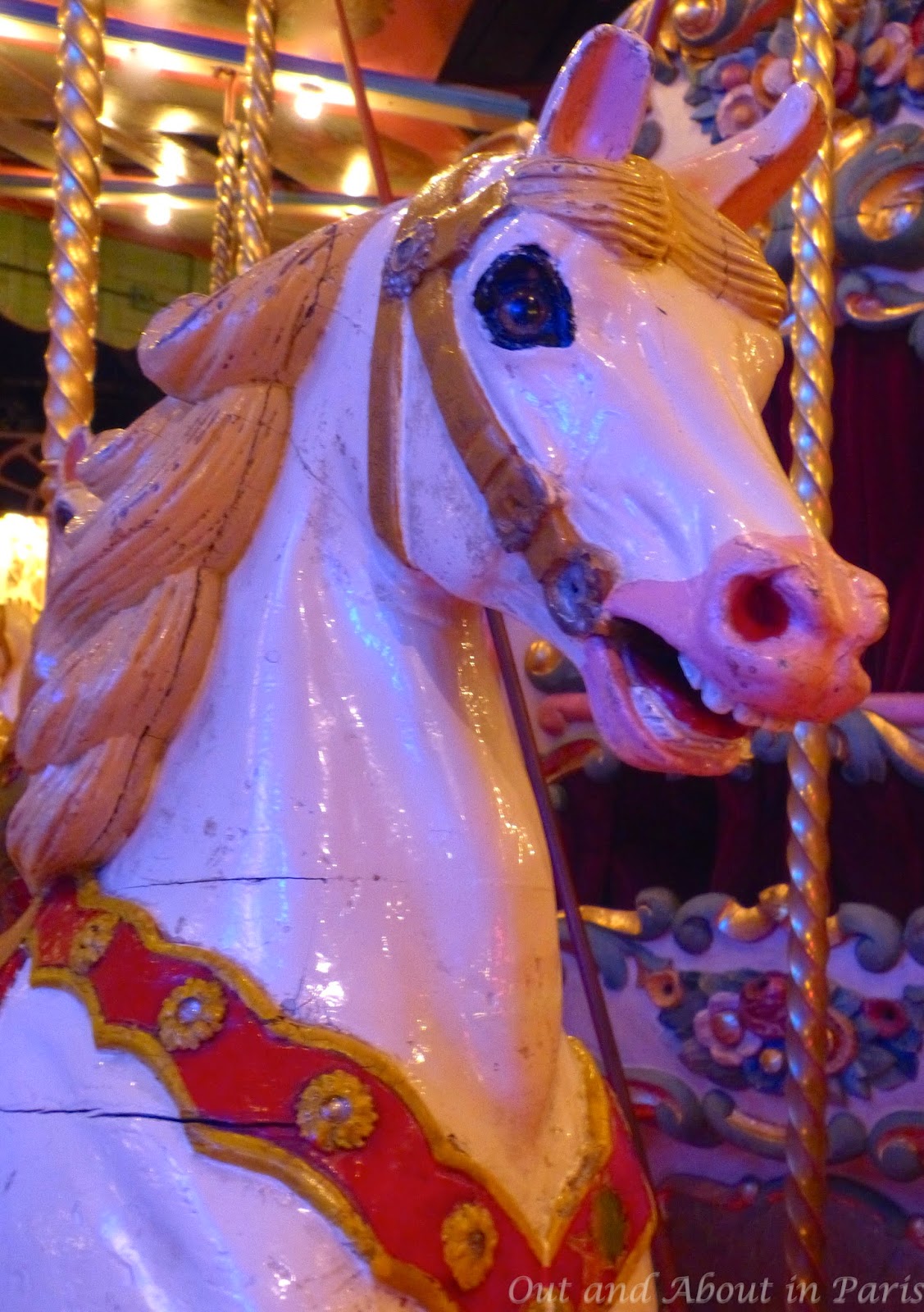 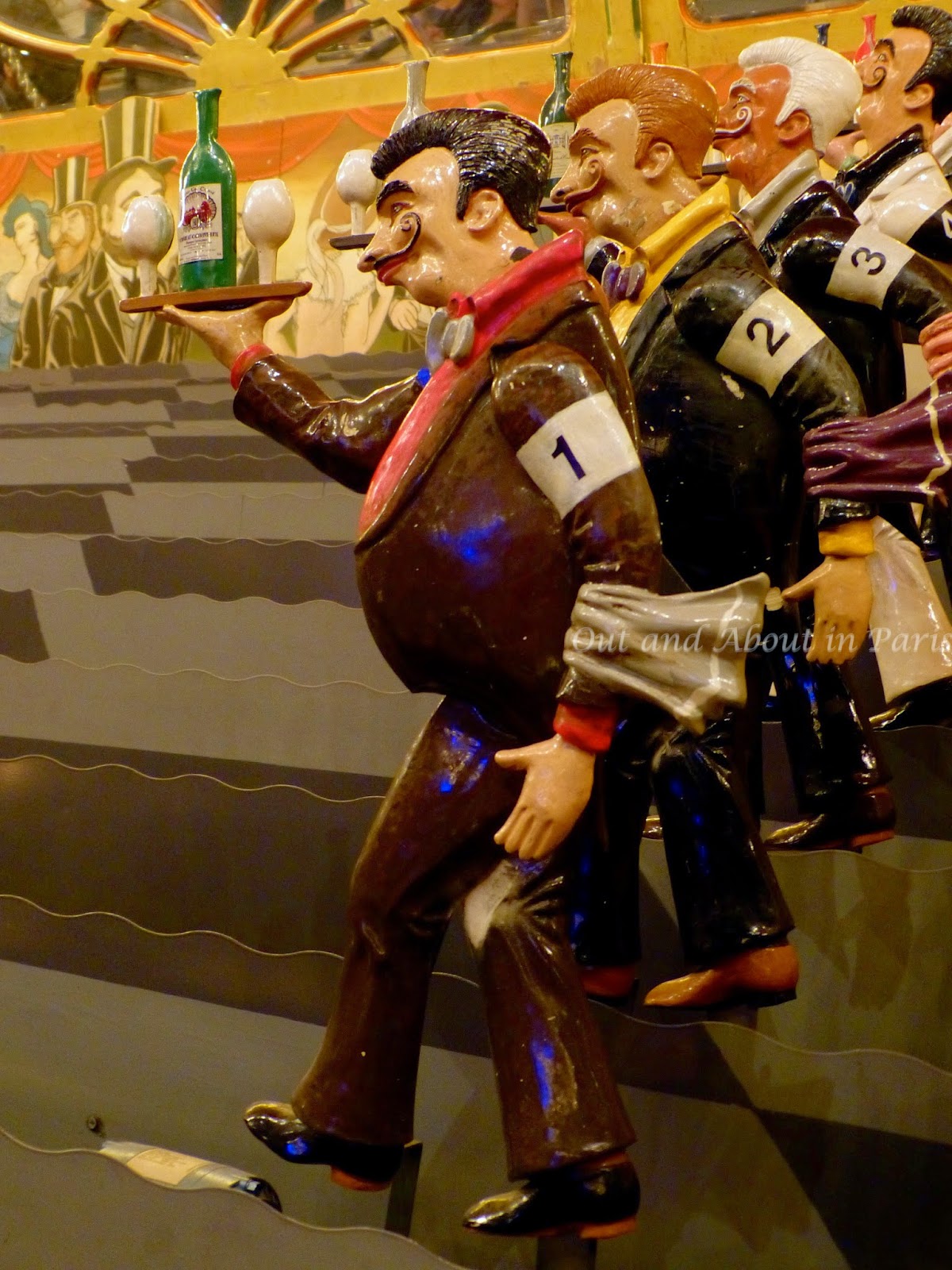 German or French horse? And the Parisian Waiter Race.

In addition to riding on a carousel from the early 1900s, swinging boats and Venetian gondolas, you'll learn how to tell the difference between German and French wooden carousel horses by examining their ears and tails (French ponies have real tails and their ears are straight, whereas German horses have wooden tails and their ears point forward). You'll feel as if you've floated away to Italy in the Venetian Rooms and shivers will run down your spine when a female opera singer hits a high note. But, perhaps best of all, you'll feel the same sense of wonder that you did when you were a child!

Rather than take a chance and show up at the front gate of the Musée des Arts Forains, like the couple on our tour from New Zealand, I suggest calling the museum in advance of your visit. If they already have a booking for a guided tour in English, they will ask the group if you can join them. Otherwise, they'll offer you the opportunity to do the tour with a French group. You'll be given some notes about the museum in English. The tour guides, who all speak English, will be able to answer any questions that you may have.

Take metro line 14 to Cour Saint-Émilion. When you exit the metro, you'll be facing the entrance of Bercy Village, which is a great spot for lunch or dinner. There are also lots of interesting little boutiques. Unfortunately, I only had just enough time to get an ice cream from Amorino before my tour. Exit Bercy Village onto Rue des Pirogues de Bercy. Turn left and then take a quick right onto Rue Lheureux. Walk to the end of this block and turn left onto Avenue des Terroirs de France. The entrance to the museum will be on the left.