What's that smell? Send and receive electronic aroma messages with the oPhone


Imagine the smell of a freshly baked baguette, creamy Bordier butter from Normandy, homemade strawberry jam and a frothy café au lait. Breakfast in Paris. Now, imagine taking a photo of your breakfast and sending a text message, along with the accompanying aromas, to your friends back home. If that sounds like something out of the future, think again.

Last night, Harvard professor David Edwards and former student Rachel Field presented the oPhone (“o” for olfactory), a revolutionary device that allows you to send and receive electronic aroma messages, to an enthusiastic crowd at Le Laboratoire in Paris. With oSnap, the accompanying app, users tag photographs with unique scents, which are then sent via text message, Facebook or Twitter.


Earlier this week, Edwards sent the first trans-Atlantic olfactory message -- fresh bread, orange juice and strawberries -- from the American Museum of Natural History in New York City to his colleagues across the ocean in Paris. They responded by transmitting the aroma of macarons and champagne.

"Scent is the world's natural tweet, because it takes just a few seconds to get a scent," Edwards told Fast Company. "The notion of people saying, 'I miss you in New York,' by sending a scent is really interesting and powerful. Or imagine taking a scent selfie and posting it on Facebook."

But did Edwards really transmit the smell of a New York breakfast to his friends in Paris? Not exactly. The oPhone, which is designed to sit on a table or desk, allows users to mix and match different scents to create more than 300,000 unique aromas. The device uses small cartridges called oChips to send 32 "primitive aromas" through the device's two receivers. The oChips are good for hundreds of uses and can be replaced when the aroma is depleted.


Nibbling on a strawberry dipped in Pop Rocks frosting at the oPhone launch party, I chatted with a young couple who spoke of aromas that triggered powerful memories from their past: a grandmother's favorite perfume, chocolate chip cookies baking in the oven and the salty smell of the ocean. Vapor Communications, the company created by Edwards and Field, is betting that we'll want to share our favorite sensory experiences with others via electronic communication. I think they're right.

If you would like to support this revolutionary new product, oPhone has launched a crowdfunding campaign on Indiegogo. Their goal is to raise $150,000 by July 31, 2014.

In April, I visited Le Laboratoire to sample WikiPearls, bite-size pieces of food wrapped in edible packaging, with my friend Abby of Paris Weekender. Click here to read her post, Eating Our Way Through Le Laboratoire. 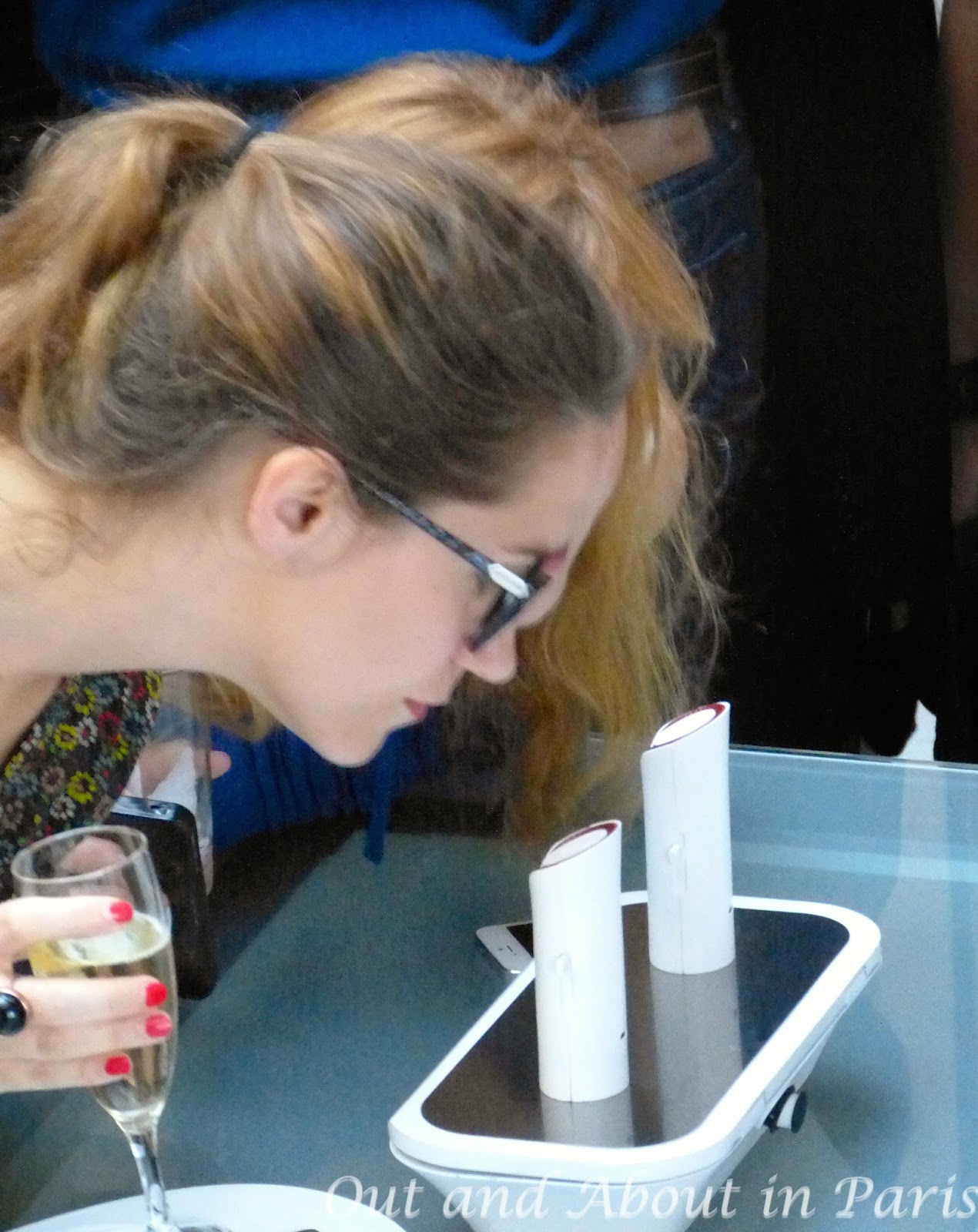 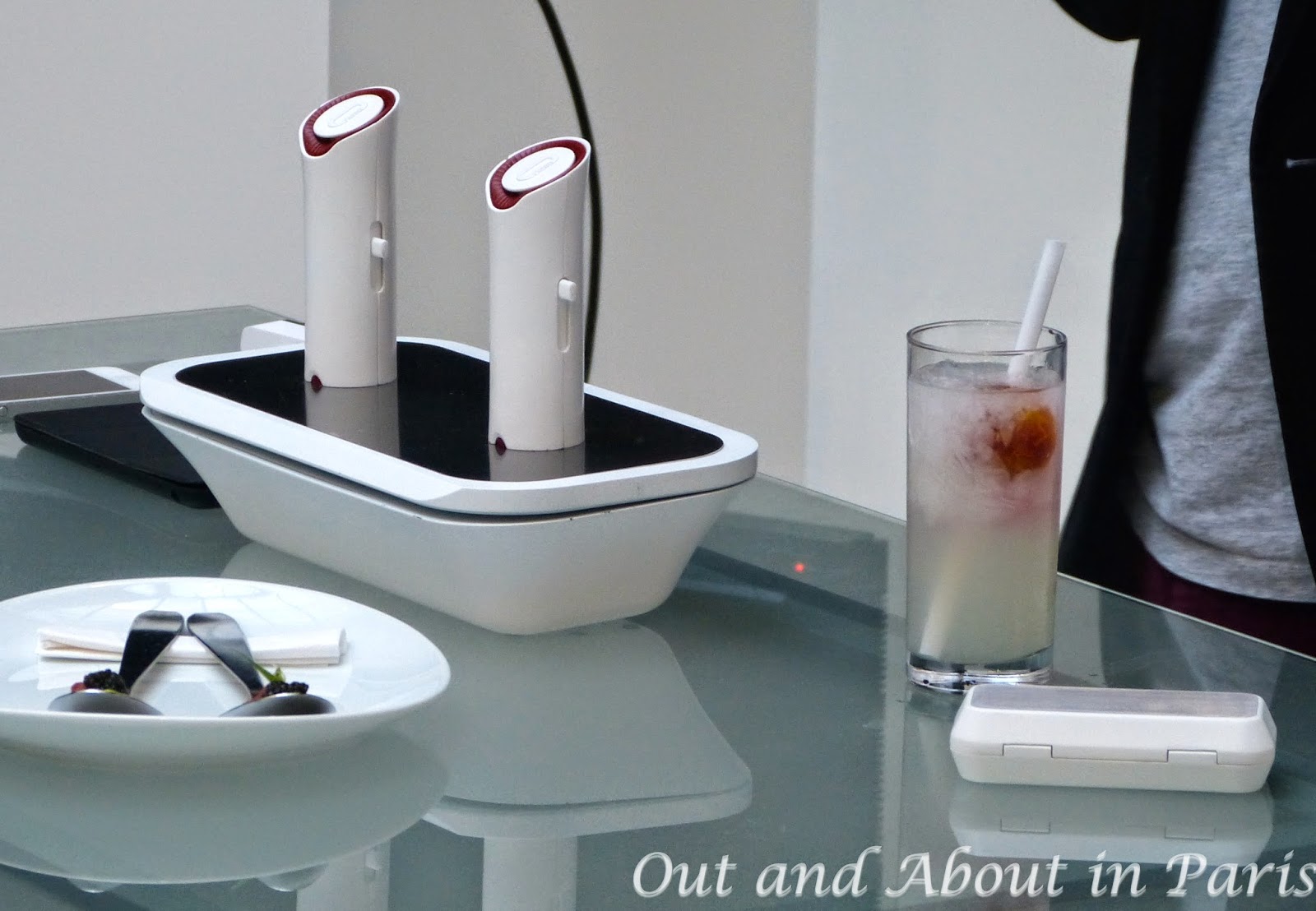 Testing the oPhone in Paris