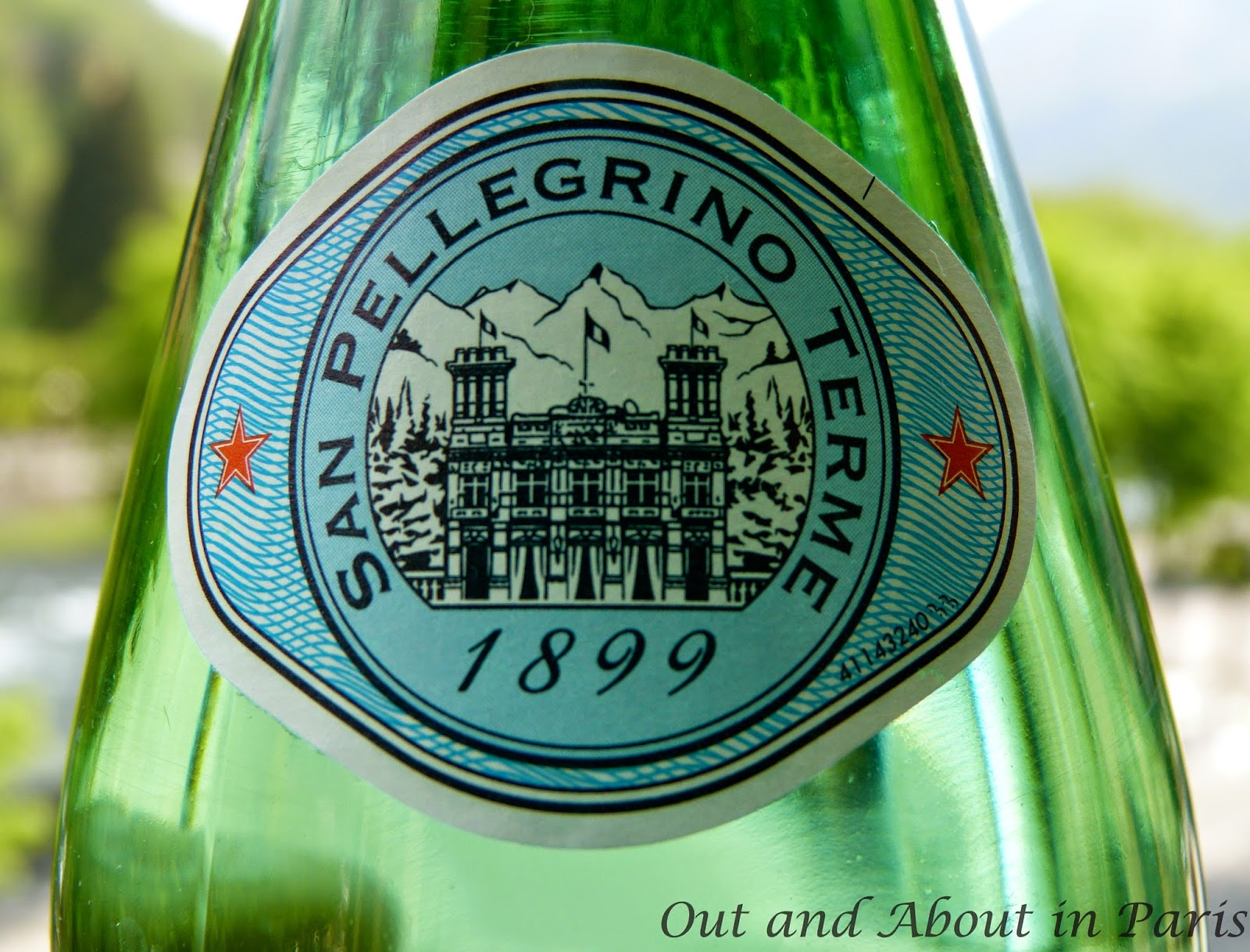 If you've ever ordered a bottle of San Pellegrino sparkling mineral water while seated on the terrace of a Parisian café or purchased a six-pack of the distinctive green bottles from your local grocery store, you may have noticed the elegant building on its label and wondered about its history. Thanks to a special guided tour of the Casino (Grand Kursaal) of San Pellegrino Terme yesterday afternoon, I now know that the building is one of the most famous examples of Art Nouveau (or Liberty Style as it's called in Italy) structures in Europe. Recently restored at a cost of 10 million euros, it's also one of the most impressive buildings that I've ever had the pleasure of visiting.


Imagine for a moment that it's the summer of 1907, the year that the Casino first opened its majestic doors. The spa town of San Pellegrino Terme is overrun with members of high society. International nobility, diplomats and celebrities have all flocked to the fashionable resort at the foot of the Italian Alps to drink and bathe in its healing water. Most of them are lodged at the Grand Hotel, an imposing edifice ideally situated on the bank of the Brembo River.

San Pellegrino Terme's naturally mineral-rich hot springs have been considered a health cure since the twelfth century when pilgrims drank the water. In 1509, Leonardo Da Vinci visited the Brembo Valley while living in Milan to taste the miraculous waters and produced a map of the area indicating the source. The original map is the property of Queen Elizabeth II and kept in the Royal Library Windsor Castle. By 1760, an enterprising entrepreneur had built a booth near a spring and offered the mineral water for a fee. According to historian Maironi da Ponte, who wrote of San Pellegrino in 1819, "The pleasant and innocent nature of this water make it beneficial to weak and unhealthy persons when it is consumed properly. Doctors also recommend it for kidney stones, those of the bladder, for gravels and other kidney disorders. It is also beneficial for cases of ill-temper, melancholy, and the pain that they cause and above all to heal skin conditions caused by salt, and by mood afflictions".

With such glowing accolades, it's not surprising that wealthy visitors from all over the world traveled to San Pellegrino Terme to stroll along its riverside boulevards and cure their ailments in its modern bathhouse, where the healing springs rose from deep underground at the slightly-warmer-than-body temperature of 22°C (71.6°F).

The two-story Casino, built to offer new recreational opportunities for the thousands of well-heeled travelers, appears to reach out and embrace its guests. The majestic main staircase, flanked by the figures of a young male and female holding lamps aloft, is the heart of the Grand Kursaal. Not surprisingly for a spa town, the theme of water dominates the lower part of the staircase while paintings representing the twelve zodiac constellations decorate the ceiling.

As the sound of my footsteps echoed in the empty reception hall, I was struck by a sense of nostalgia for the Belle Époque. I hope that the two stained glass butterflies adorning the skylight are a sign of changing times for San Pellegrino Terme and that the newly restored Casino, part of a massive regeneration projection, will once again be filled with the sound of voices from around the world. At the moment, it's only open for special occasions and functions.

The good news is that San Pellegrino will inaugurate their luxurious new spa in October or November 2014, just in time for the Milan Expo, which is expected to attract an estimated 30 million international visitors to the region in 2015.

If you're in the market for a Grand Hotel, the one in San Pellegrino can be purchased for a mere 40 million euros. 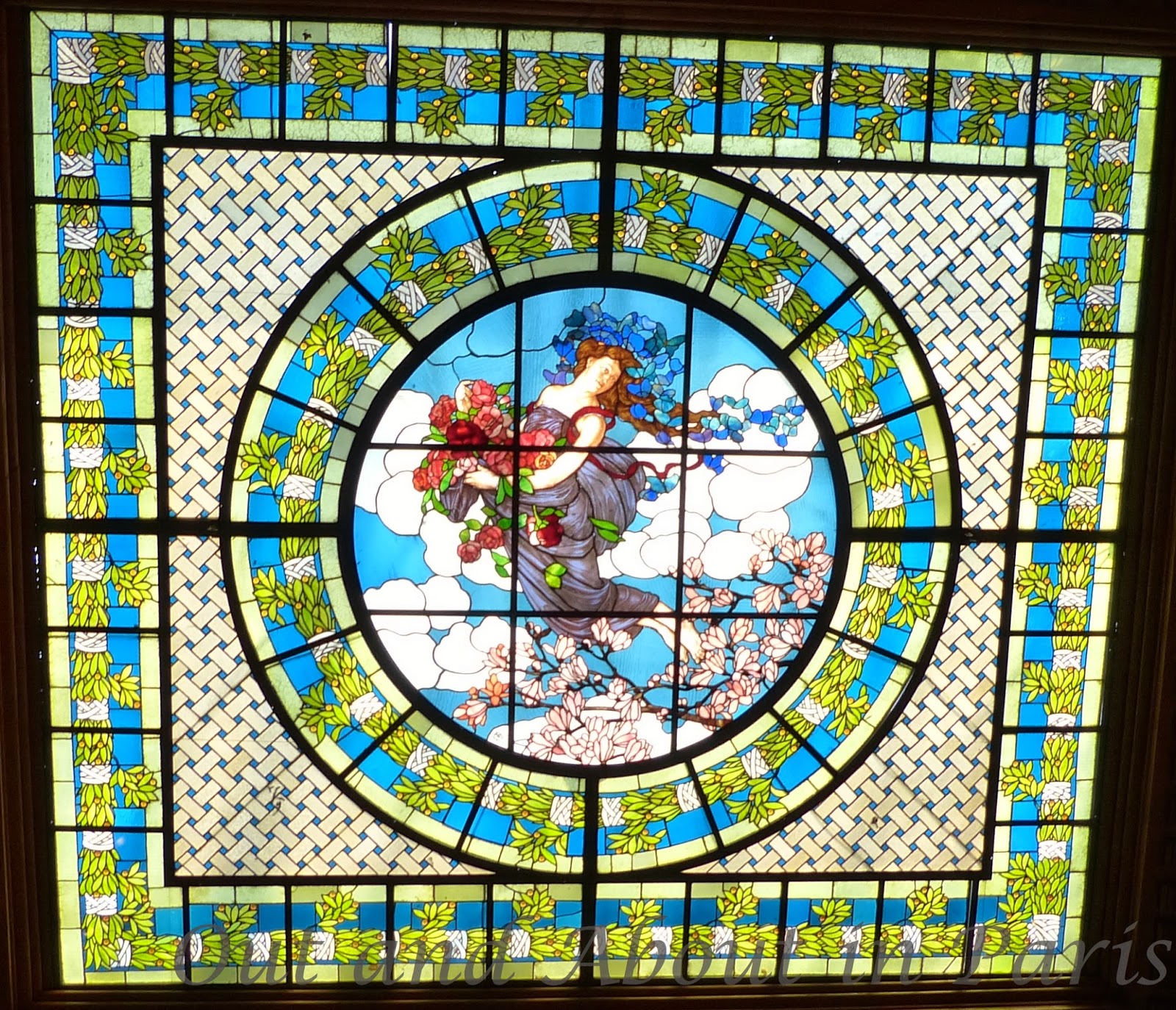