La France V.I.P. -- Spend the night aboard a péniche (river barge) B&B on the Marne River in Epernay


The summer I turned 18 and my brother turned 21, we flew from Los Angeles to London on Laker Airways, the world's first long-haul, low-cost airlines, for a backpacking trip through Europe. It was 1981. Budget travelers, Jon and I survived on a limited diet of bread, lots of bread, cheese and an occasional beer. Letters home expressed our wonder at the sights: people drinking bottled water in Paris (was something wrong with the tap water?), chickens with their heads still attached at the markets in Spain and down comforters at our pen-pal's house in Germany.

Back in the day when American beds were made exclusively with sheets, a blanket and a bedspread, the down comforters were a luxurious revelation. They made such an impression that Jon and I used some of our meager funds to buy two "comfies". Even though they were big and bulky, we toted them everywhere. Their cozy warmth made sleeping on night trains much easier. Our strategy, developed over time, was to find an empty train compartment, shut the door, sprawl out on the seat and pray that no one would interrupt our sleep. Of course, someone always did.

Perhaps those sleep-deprived nights explain why I wanted to find just the right accommodation for Jon's and my recent trip to the Champagne region. I originally thought about returning to the Maison des Vignes de Verzenay, the charming B&B where Stéphane and I had stayed in 2012 but rejected it as too "normal". Even though Jon and I have aged in the intervening years since our epic trip to Europe, I still wanted something more adventurous. Recalling that my children had been urging me to use Airbnb, the global website that's currently the world leader in travel rentals, I scanned their offerings for Epernay.


Looking up from my laptop, I asked my traveling companion, "What do you think about spending the night on a péniche?" Since Jon was immediately on board (bad pun intended!) with the idea of sleeping on a French river barge, I registered with Airbnb and sent a request to France, the hostess. Within minutes she replied that two double rooms were available at the price of €120 per room, plus an additional €18 booking fee payable to Airbnb.


Even though I had studied photos of The France V.I.P online, we were very pleasantly surprised by the size of the barge. On the top deck, there's an indoor seating area where we were served an appetizing breakfast and a heated outdoor space with a jacuzzi, barbecue grill and another seating area. On a warm evening, the spacious deck would be the ideal spot to relax after a day of tasting champagne. If you're in the mood for more bubbly, the refrigerator is well-stocked with a variety of champagnes available for a reasonable fee. 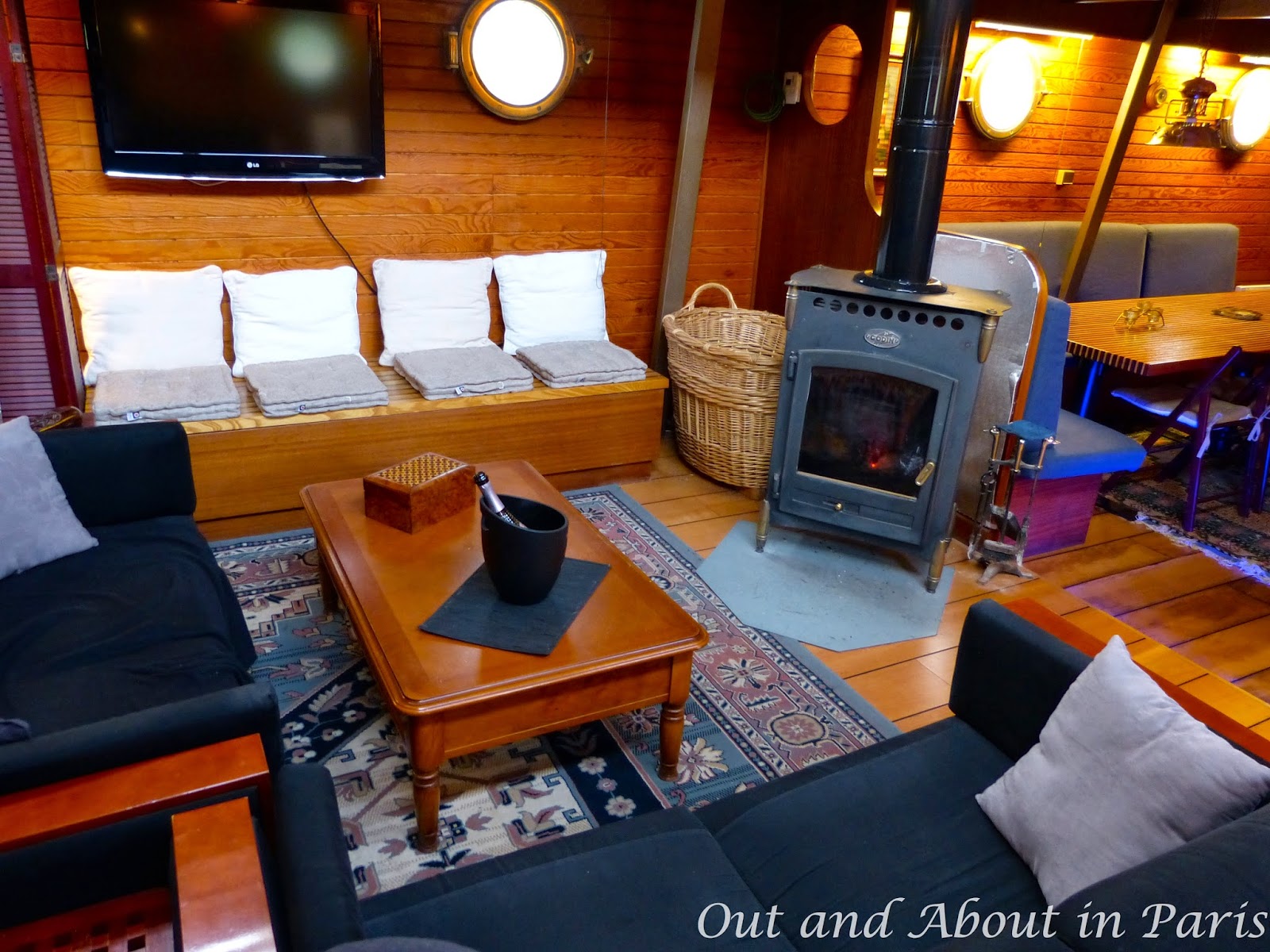 The boat's galley, massive living area with a billiard table, four double rooms (the Captain's cabin is the most spacious) and toilet/bathroom are located belowdecks. Since we were the only guests, Jon and I were given our choice of cabins. That evening, as we watched the sun cast its last rays on the Marne River while sipping champagne and dining on provisions from the local grocery store, Jon and I agreed that we've come a long way since our first trip to Europe.

Pluses: A very unique experience for a couple, family or friends traveling together. Peaceful location, yet close proximity to Epernay. Possibility to eat on board. A variety of entertainment options, both inside (billiards, darts, boardgames, multiple televisions) and outside (jacuzzi, barbecue, etc). Gracious and discrete hosts, we saw Franck when we checked in and France when she brought our breakfast in the morning. Free parking nearby. Wifi is available in a small building located next to the boat.

Minuses: While Jon and I were fortunate to have the entire boat to ourselves, we probably wouldn't have enjoyed the experience nearly as much if there had been other guests aboard. Also, €120 for a double room with a shared shower/toilet would have been somewhat expensive during low season in Epernay.

If you would like to stay on a péniche in Paris, be sure to read Aussie in France's post: A Barge on the Seine in Paris – what better holiday accommodation can you get?