Watching the sunrise from the world's tallest building, Burj Khalifa in Dubai


There's always something magical, almost mystical, about watching the sunrise. But it becomes a sublime experience when you're standing on the outdoor observation deck of the tallest building in the world. With clouds swirling below and the entire city of Dubai at my feet, I felt like an omnipotent being as I observed the color of the horizon miraculously change from a deep, sumptuous purple to a breathtaking, luminous orange. It reminded me of a two day hike that I had once made to watch the sunrise from the top of an active volcano on the island of Java, only this time I simply rolled out of bed, took a taxi to The Dubai Mall and made my vertical ascent in an elevator that travels at 10 m (33 ft) per second. Of course, it helped that I drank a cup of coffee before Stéphane and I left the hotel so that I was wide awake for the spectacular show. 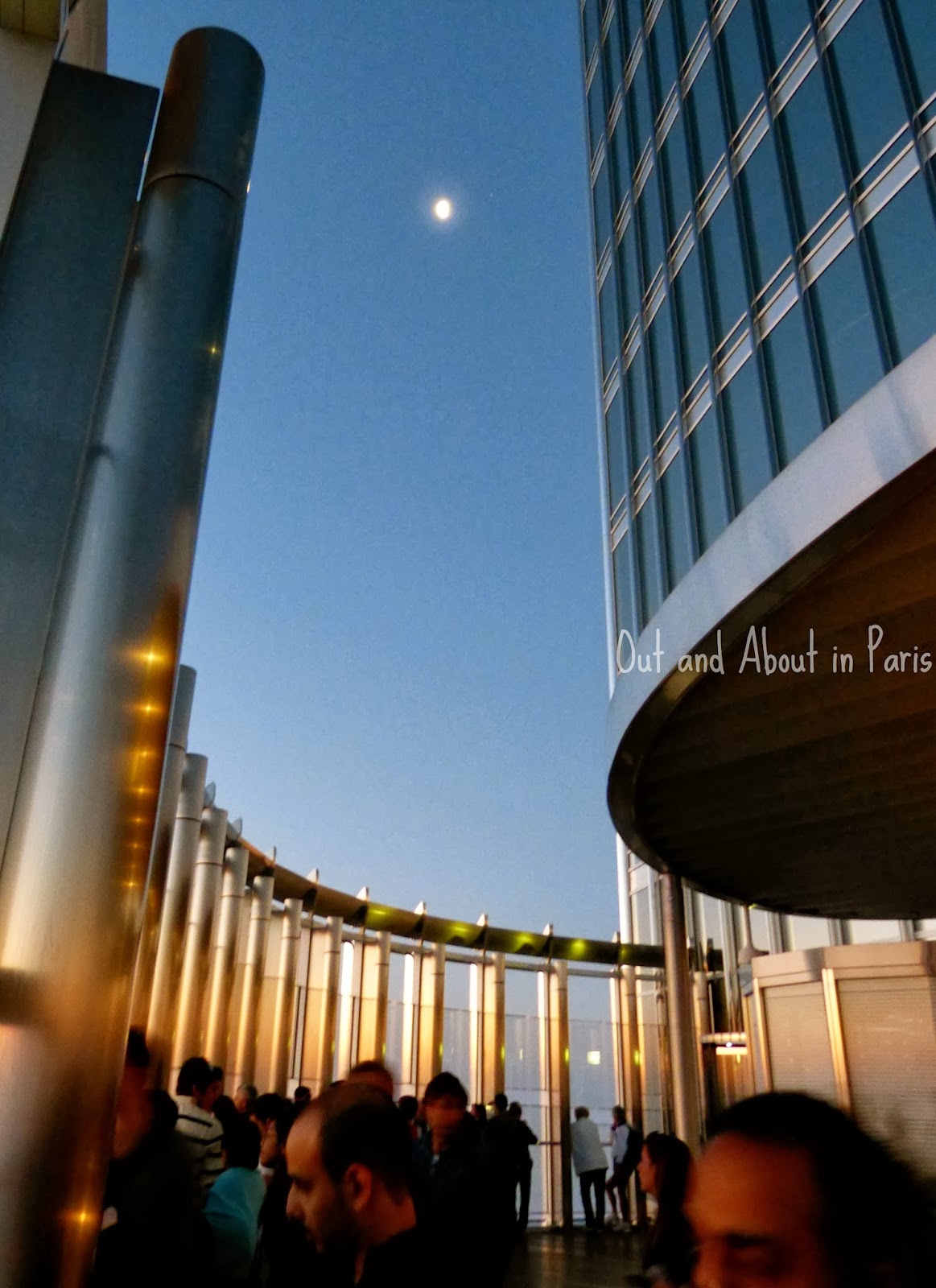 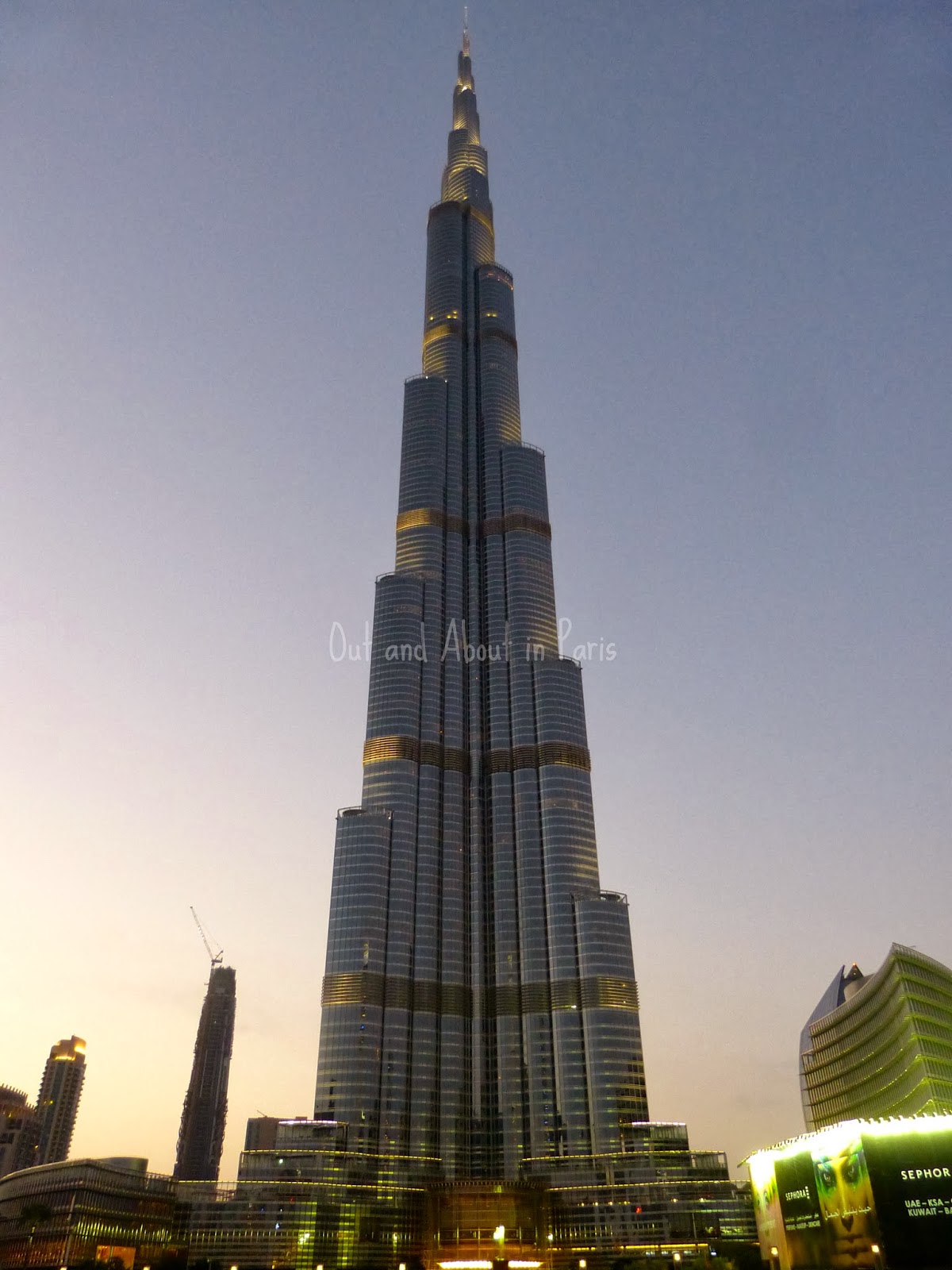 The outdoor observation deck of Burj Khalifa. (Click on photos to enlarge)

After gathering information about the best way to visit the top of Burj Khalifa, I reserved a table at At.mosphere, a lounge serving lights lunches, afternoon tea and drinks. Situated 2 floors below the observation deck, it's supposed to be the most romantic spot to watch the sun set over the Arabian Gulf. But if you've ever accompanied your spouse on a business trip, you can probably guess what happened next. No sooner had I received an email from At.mosphere confirming the registration than I received another one from Stéphane informing me that the date of his one free evening had been changed. Oh, the trials and tribulations of being on vacation while your partner is working. I was back to square one.

The second best option, according to what I had read online, was to book advance tickets for the "At the Top" observation deck for an hour before sunset. That way it's possible to enjoy both the daytime and nighttime views of Dubai and the Arabian Gulf. Evidently, lots of other people must have read the same advice because all of the advance tickets for the time slots between 3:30 and 8:00 pm were already booked.

Being too frugal to shell out AED 400 ($109) for immediate entry tickets and too impatient to wait in a long line to purchase tickets at the ticket office on the lower ground level of The Dubai Mall, I thought I had found the perfect solution when I saw that "At the Top" offers sunrise viewing from 5:30 am on Friday and Saturday. Oddly enough, when I told Stéphane of my brilliant plan, he was less than enthusiastic to exchange the one morning the he could sleep late for a fleeting view of the sunrise.

As you may have been able to guess from the photos, Stéphane finally agreed to join my expedition to the top of Burj Khalifa, an architectural and engineering marvel, at the crack of dawn. While I'm by no means an expert on Dubai, I'm going to declare that the best time of day to go to the observation deck is early in the morning. There weren't any of the crowds experienced by the other tourists with whom I spoke. We got in and out elevator without waiting in any lines, which is pretty remarkable considering there is only one elevator taking visitors to the 124th floor. 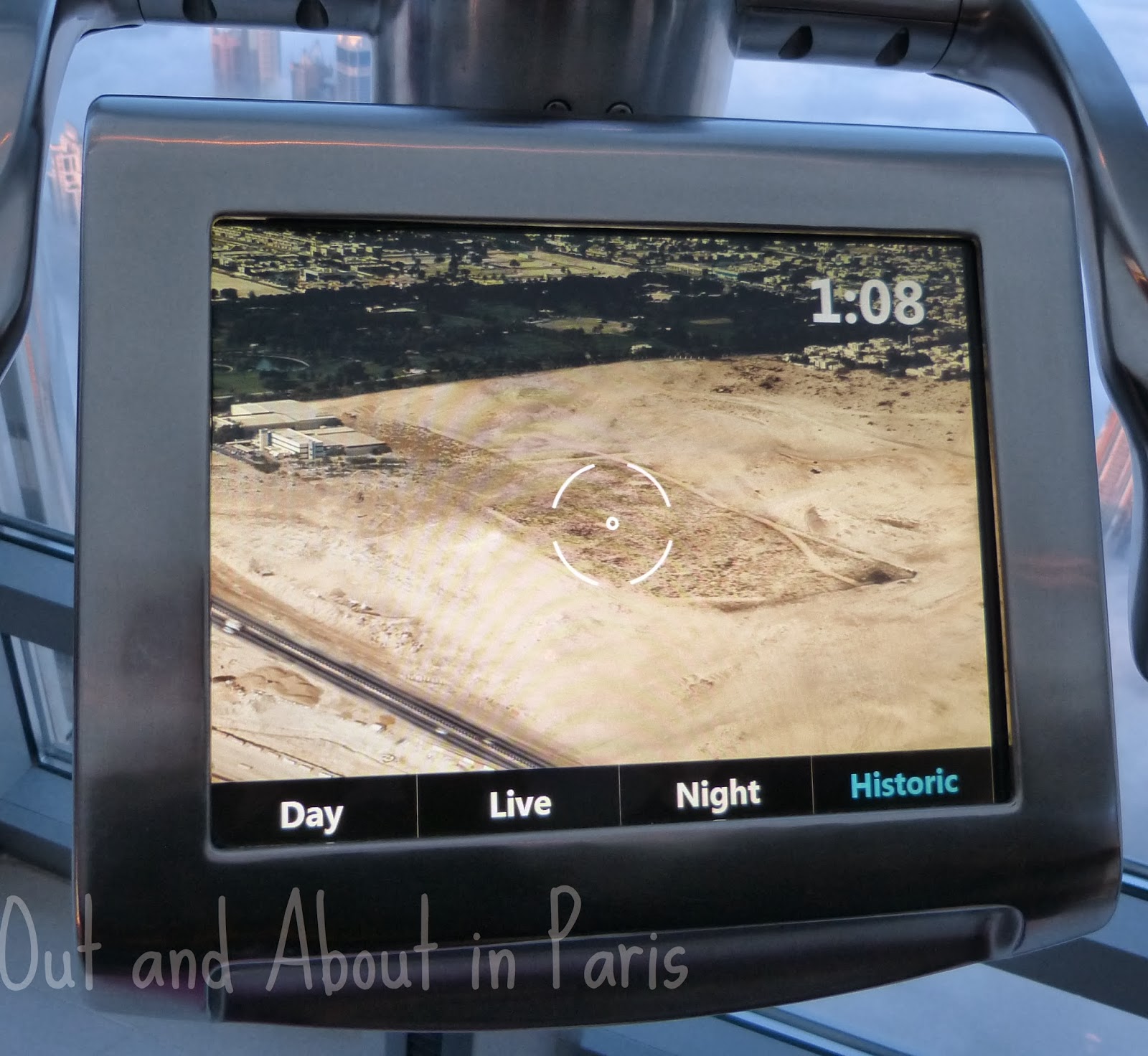 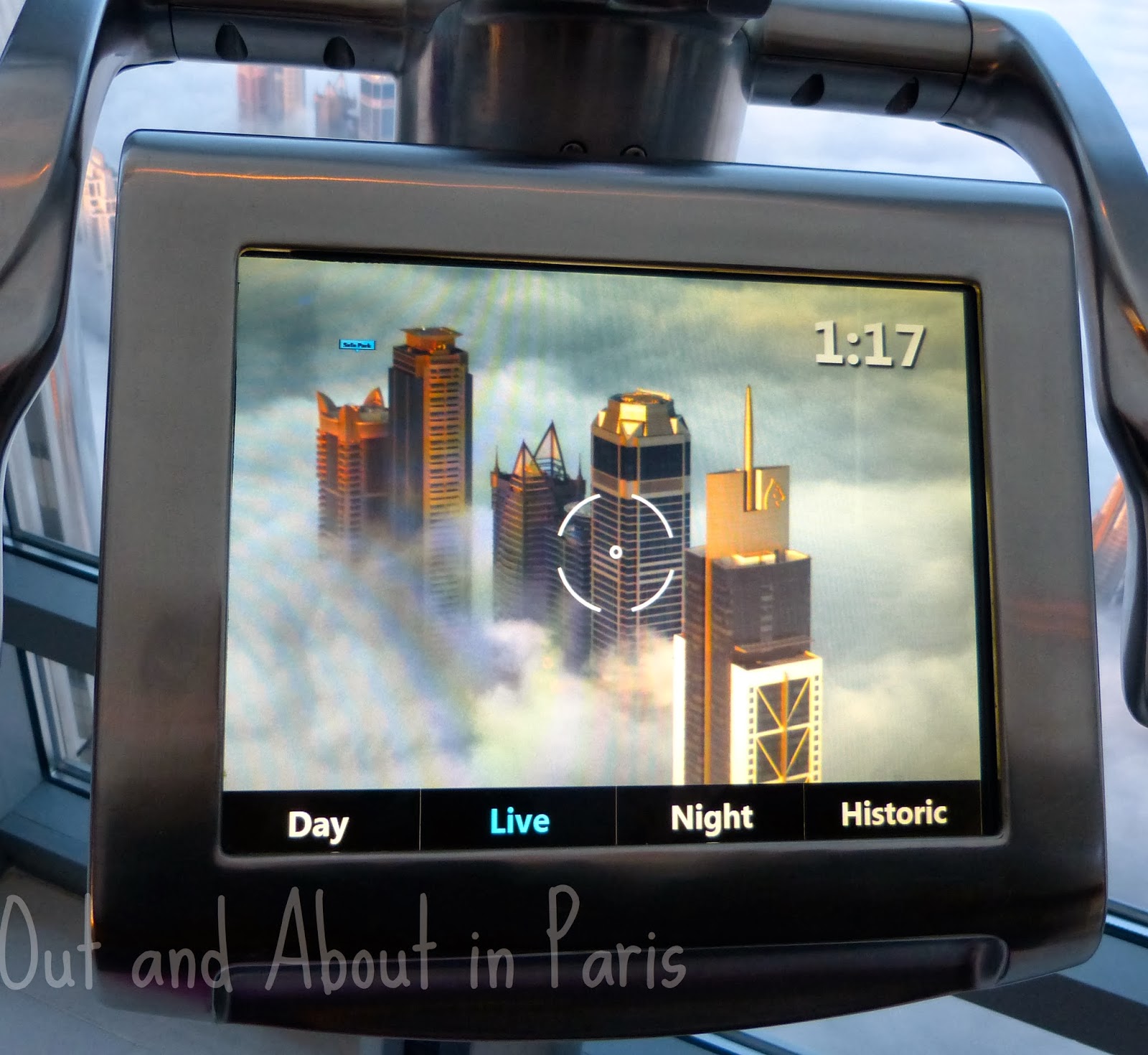 Telescopes with before and after views of Dubai. Please click to enlarge.

We had easy access to the special telescopes that showed "then" and "now" views of Dubai. And, best of all, we were standing side by side as we marveled at the sunrise. If overt displays of affection between men and women were more culturally acceptable in Dubai, I'm sure that we would have been holding hands.

Once you're back on the ground floor, be sure to look at the exhibition tracing the conception, design and construction of Burj Khalifa. After visiting Eiffel's wind tunnel, it was particularly interesting to see the modifications made to the world's tallest building after wind-tunnel testing studies. As the skyscraper grew taller, it became both more slender and more stable. And, believe me, stability is something you think about when you're standing on top of the world looking down!