"Paris on the Potomac"

(Via Travel and Leisure News) The brainchild of Paris-trained architectural photographer E. David Luria, this photo safari trains amateur photographers in travel photography technique at several sites in Washington, D.C. that have their counterparts in Paris, such as:


This photography training workshop is offered by DC-based Washington Photo Safari on Sunday August 25, from 2:30 to 5:00 pm. 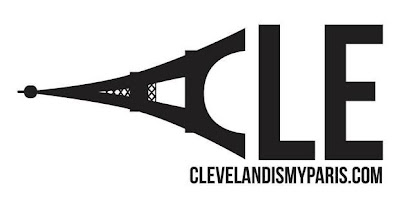 "Cleveland is my Paris" T-shirts

(Via The Plain Dealer) "At first people thought the slogan was kind of a joke," he says. "But then my friends started asking for them, and it's been growing ever since." - Luke Neubecker, T-shirt designer

After the New York Times mentioned Neubecker's "Cleveland is my Paris" T-shirts in a laudatory article, "Culture Blooms in Cleveland", the young designer's stock was quickly depleted.

(Via Business Insider) If you visit Tianducheng, a day trip from Shanghai in China’s Zhejiang province, you will be confronted by a 354-foot replica of the Eiffel tower.

Development on this Paris replica in China began in 2007, but local media say it is a ghost town now.

Everyone points to China’s ghost towns as proof of a malaise in China’s property sector.

But some, like Stephen Roach, former chairman of Morgan Stanley Asia have argued that these cities will become “thriving metropolitan areas” as China continues to urbanize.

What’s truly quirky about these ghost towns though is that some of them have been designed as replicas of Italian, German, English, and French towns.

With special thanks to Janet de AcevedoMac​donald, Bob Clancy and Amy Watson for calling my attention to the above articles.

And to Linda Stumpner for sharing her photos of the Eiffel Tower in Las Vegas.
Labels: China Cleveland Cleveland is my Paris Las Vegas Paris Paris on the Potomac Washington DC