If I lived in Boston ... I would be a member of the French Cultural Center 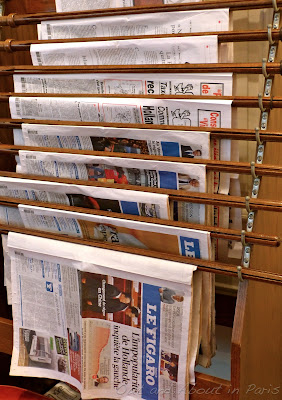 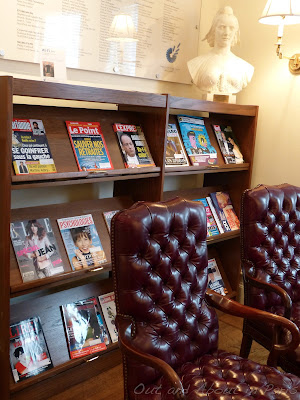 When you visit a city, do you find yourself imagining what it would be like to live there? It's what I do whenever I'm in Boston. I daydream about early morning breakfasts of pancakes smothered with maple syrup and eggs nestled next to strips of crispy bacon at Trident Booksellers and Cafe. I'd sit on a barstool at the counter and my meal would magically appear. The eggs would be sunny side up because the waitress knows that's exactly how I like them. We would chat about the latest happenings on Newbury Street and local politics while she refills my mug with steaming hot coffee. Other customers would chime in with a joke or a contentious comment because Bostonians relish lively discussions. My days would be full of museum visits, shopping at the nearby farmers' market and auditing courses at the local universities. Just as the sun starts to set, I would stroll through the Boston Common to listen to the soulful songs of the street musicians.

When I feel homesick for Paris, I would go to Boston's thriving French Cultural Center. Visitors are assured of a welcoming "Bonjour!" as soon as they step through the front door of the stately Victorian mansion. After practicing my French with the receptionist, I would settle into a leather chair underneath the bust of Marianne, the national emblem of France, to catch up on the current news in Le Figaro or the witty political satire in Le Canard enchaîné. Afterwards, I would wander upstairs to the largest private French library in New England to peruse the stacks laden with fiction and non-fiction books. If it was a rainy day and I needed something to pass the time indoors, I would check out some of the latest French movies or CDs.


Musings about my imaginary life in Boston intensified after "liking" the French Cultural Center's Facebook page last year. Scrolling through my newsfeed, I'll find myself getting excited about an upcoming event, such as Le Bal de Saint Germain des Prés or the French Wine Scholar Program, only to be disappointed when I realize that it's happening in Boston and not Paris. Perhaps one of these years, I'll join the thousands of other Francophiles who gather on Marlborough Street on July 14 for a huge block party that is reputed to be one of the largest Bastille Day celebrations in the United States. With live music, dancing in the street, food and wine, it's the ideal way to exalt liberty, equality and fraternity.

If I lived in Boston ... I would definitely be a member of the French Cultural Center. Many thanks to my friend Carolyn for first taking me there in August 2012 and to Stefanie, one of the receptionists, for answering my questions about the center during my last visit.

With branches in the USA and 137 countries around the world, there's a good chance that there's an an Alliance Française near you. Please click here for additional information.