For Sale - 3,500 Objects from the Hôtel de Crillon in Paris!


Are you in the market for a new couch, some silverware, a grand piano or a marble fireplace? Do you like to regal your guests with fascinating stories about how you acquired your home furnishings? Would you like to own a piece of Parisian history?

If you answered "yes" to the above questions, stop reading this post and make haste to the Hôtel de Crillon. From April 12-16, this historic Parisian hotel has opened its doors to the public to preview the 3,500 pieces of furniture, fine wine and hotel linens that will be auctioned by Artcurial from April 18-22. 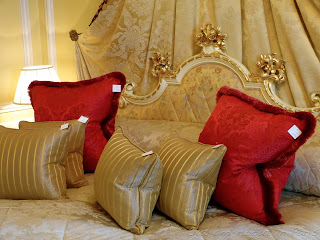 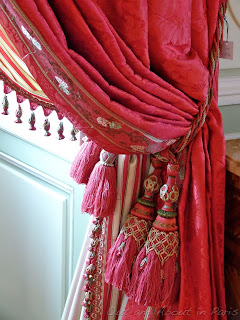 After a short five-minute wait in line yesterday afternoon, I followed the signs directing the flow of curious people from the Marie-Antoinette Salon, where Marie-Antoinette took piano lessons, to the Presidential Suite, the Leonard Bernstein Suite and back down five flights of stairs to Les Ambassadeurs restaurant. In between, I admired the spectacular view of the Place de la Concorde and imagined what it would have been like to have spent a couple of nights in this palatial hotel, like Madonna, President Bill Clinton and Michael Jackson did in the past. The elderly French people around me must have had other "guests" on their minds because I overheard several references to the German forces, who occupied the hotel during World War II, and to General Eisenhower, who moved the Supreme Headquarters Allied Expeditionary Forces into the Hôtel de Crillon until 1945.

Having worked up a thirst while admiring the fine wines for sale, I ordered a glass of champagne (half of all the proceeds go to the Foyer de la Madeleine) in the Cesar Bar and asked the barman what he will do while the hotel is transformed to include a swimming pool, a spa and larger rooms. Carefully considering the tulip shaped champagne flute in his hand, he explained that he'll be on stand-by until asked to return. The hotel, which was recently purchased by a member of the Saudi royal family, may also ask him to do a short assignment at one of their other properties. Curious to know what my French companions thought of the hotel being owned by a foreigner, I asked the woman seated next to me. As Parisians are pragmatists, her response wasn't surprising: "Given the poor economic situation, it doesn't matter who owns the hotel as long as it provides jobs in France." The Hôtel de Crillon plans to re-open in 2015 with 125 instead of 147 rooms.