For the past couple of weeks, I've been feeling really stressed. What with trying to work out the logistics of gathering our scattered family under one roof, preferably in Paris, for part of the holidays and planning a trip to Switzerland, I've been acting more like Scrooge than a jolly, old elf. I may have even muttered, "Christmas. Bah, humbug!" after being jostled by throngs of other shoppers at Printemps department store last Sunday. Shopping is my worst nightmare at any time of the year, but it's even more scary during the weeks building up to Christmas. To escape the crowds, Stéphane and I sought momentary refuge on the outdoor terrace before reluctantly returning to the trenches.

But something magical happened yesterday evening. It started with the sudden impulse to hop off the bus when I noticed hundreds of brightly colored kites blowing in the breeze at the base of the Trocadéro fountain. The sensible side of my brain told the other side not to be ridiculous. "What," it demanded, "will you do with all the bags that you're carrying?" Since my deliberations lasted for more than two stops, I had plenty of time to wonder if I had made the right decision as I trudged back to the Christmas market in the biting cold. My doubts disappeared when I was confronted by all the smiley Santa Clauses surrounding the fountain. It's impossible, I discovered, to remain grim in the face of such holiday cheer. 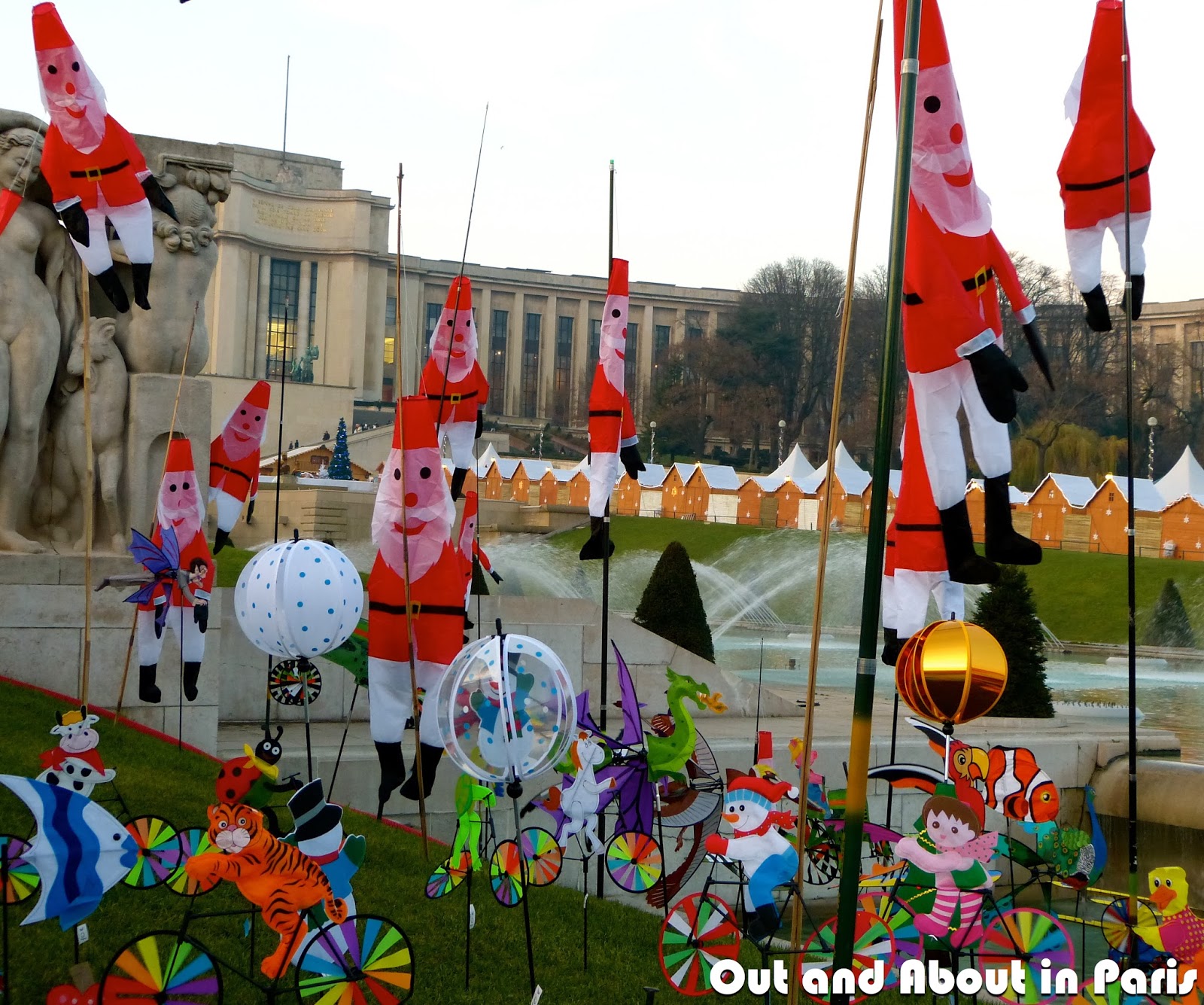 The scent of spiced cookies, crêpes and mulled wine emanating from the wooden chalets decorated with twinkling lights invited me to continue my stroll up the hill. At the peak, I turned around to admire the Eiffel Tower ... and saw Santa instead! There he was, with his arms outstretched to welcome travelers from around the world onto his lap. Young, old and all ages in between. Everyone wanted a chance to whisper their Christmas wishes in old Kris Kringle's ear. The jolly old elf even joined a conference call between a father and his children on Skype. As the man adjusted his iPad so that his children could get a better view of Santa in front of the Eiffel Tower, I felt my heart expanding, kind of like the Grinch's did when he realized the true meaning of Christmas:

If you're looking for some Christmas cheer, I encourage you to go to the Christmas Market at Trocadéro one evening. On December 17, the full moon will cast its glow on the Eiffel Tower and the ice skating rink. It can't get much more magical than that. Remember to dress warmly!

To see more photos of the Christmas market and the ice skating rink, please click here.