There are times when my mouth gets ahead of my brain. Way ahead of it. And that's when I blurt out things that are totally inappropriate. Case in point, I managed to singlehandedly alienate an entire group of expats last Friday when I declared that I couldn't stop thinking about the amazing carpaccio that I had eaten for lunch at an Italian restaurant the day before. As I described the dish in great detail - thinly sliced beef, shaved Parmesan and peppery rocket salad covered with a tart lemon and olive oil vinaigrette - a hush fell over the room. Baffled by the horrified expressions on the faces of the people seated next to me, I suddenly remembered why we were all gathered together. It was for a course entitled, "Vegetarian Living in Paris". Oops. Open mouth and insert foot.

But here's the thing, I don't usually eat meat. I'm much more of a veggies, grains and fruit kind of person, which is why I enrolled in the class in the first place. I wanted to learn where vegetarians dine in Paris, a city known for steak frites and confit de canard.

Fortunately, Aurelia d'Andrea, a journalist and the author of Moon Living Abroad in France, had lots of useful tips, addresses and advice to impart during the three hour class. If you would like to learn more, please visit Aurelia's blog, My Vegan Parisian Adventure. It's a wonderful source of information and inspiration. Additionally, Aurelia has written "Vegan Wine and Cheese, Parisian Style" and "French Twist", an article with advice on how to host a vegetarian Thanksgiving dinner à la française.

During our group discussion, Cafe Pinson, Marcovaldo and Nanishi were mentioned as being vegetarian or veggie-friendly restaurants. Aurelia also told us that the French guidebook, Paris Vegetarian, features approximately 100 restaurants where vegetables reign supreme over meat. Interestingly enough, there's even a vegetarian restaurant in a beauty salon and another one in a clothing boutique! Be sure to check out Aurelia's blog post, "Bibliophilia", for additional information.

In a rather surreal switch from one world to another, after attending the "Vegetarian Living in Paris" course last Thursday, I invited Stéphane to the International Agricultural Show on Friday. Seeing all of the sheep, pigs and cows reminded me that meat is big business, which shouldn't have come as a surprise considering that my paternal grandfather was a cattle buyer in Iowa. According to a recent article in The Economist, meat consumption has grown from 22 kg  per person in 1961 to 40 kg in 2007. Which country eats the most meat? Luxembourg (136.5 kg per person) followed by the United States (125.4 kg). At number 19, people in France consume 88.7 kg of meat per year compared to the 3.2 kg eaten in India, which is at the very bottom of the list of 177 countries.

If you would like to reduce the amount of meat that you eat, try adding kale to your diet. It's currently being touted as the new beef. The Kale Project website provides lots of information about this healthy green vegetable, including updates about where it's available in Paris.

Many thanks to WICE and Aurelia d'Andrea for offering the "Vegetarian Living in Paris" course. With horse meat being sold as beef in some European countries and the recently released Harvard Medical School study showing that eating red meat can shorten a person's life expectancy, it's good to know that there are plenty of alternatives to steak frites and carpaccio in Paris! 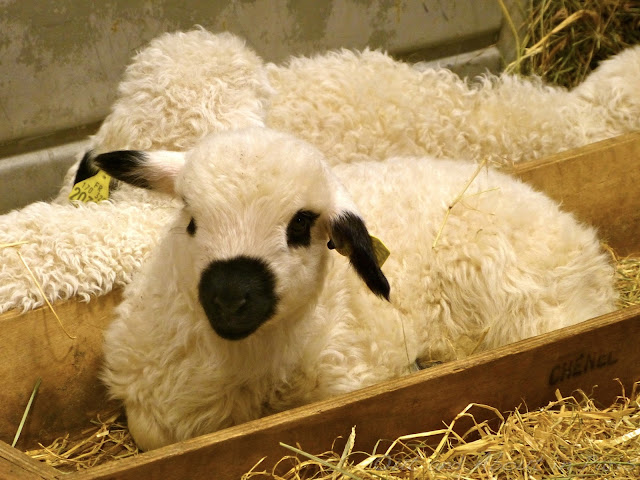