Where in the world is Czechia? And whatever happened to Czechoslovakia?


One of the ways I like to distract my mind during takeoff is by playing "Name that Country". As the plane taxis into position, I flip open the airline magazine to the flight map of Europe and mentally point to Switzerland, France, Italy and Spain. Like reciting a mantra to the god of travel, I find myself silently rattling off a couple more easily identifiable countries while the planes barrels down the runway. By the time we begin our ascent, I've moved on to the more difficult Nordic countries. My brain is occupied with the location of Denmark, Norway, Sweden, and Finland while the earth recedes in the distance. When the plane levels off, my eyes settle momentarily on the cluster of countries to the east and northeast of Italy. Thankful that we're now too high for a bird strike (Have you seen Sully, Tom Hank's latest movie?!), I promise myself that I'll tackle the more difficult countries during my next flight. Now, it's time to relax and wait for the beverage service.

During recent flights from Prague to Paris and London, I've found that my routine has changed. Instead of focusing on Western Europe, my eyes immediately zoom in on the salmon-colored country smack dab in the middle of Europe. That's the Czech Republic! And despite having lived in this remarkable country for nine months, I'm still baffled by it's placement. How can Prague be further west than Vienna when Czechoslovakia was referred to as an Eastern Bloc country during the Communist Era?

As it turns out, many of our visitors this summer were also confused. "Why?", they asked, "Do you keep calling Czechoslovakia the Czech Republic and saying that it's in Central Europe?".

To answer those questions, I have to back up a bit and explain that this region was previously part of the Austro-Hungarian Empire. At the end of World War I, Czechoslovakia was created by cobbling together the present day territories of Bohemia, Moravia, Slovakia and Carpathian Ruthenia in 1918.

Let's fast forward past World War II and the Communist Era to November 1989 when democracy was restored to Czechoslovakia as a result of the bloodless Velvet Revolution. In 1992, the Czechs and Slovaks decided to part ways. Unlike the hoopla that accompanied Brangelina's recent split, the dissolution of Czechoslovakia into the Czech Republic and Slovakia, which is known as the Velvet Divorce, happened so amicably that it wasn't splashed across the world's headlines.

Judging by an official letter I received last summer from the Comptroller of a certain US state that shall remain nameless, the Czech Republic needs to do a better job making its name change more widely known because the letter was addressed to me in Czechoslovakia, a country that hasn't existed for 24 years.

To make things even more complicated, the Czech Republic decided to rebrand itself in April 2016. Henceforth, the government asks that English speakers refer to the country as Czechia, which is hard to pronounce and will probably be confused with Chechnya. It will also be known as Tschechien in German and Tchequie in French. All are direct translations of Cesko, which is how the Czechs refer to their homeland.

And what about Czechia's location in Central Europe? That's another complicated post for another day! 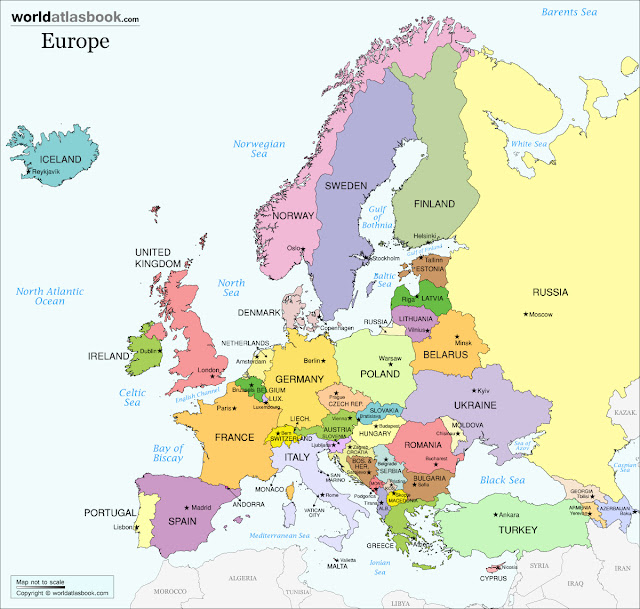