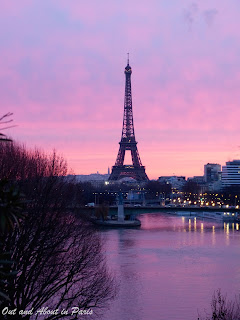 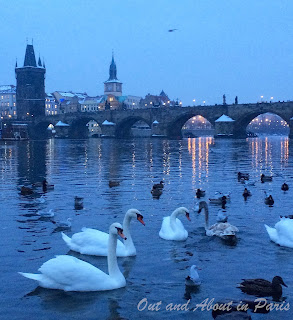 For the past seven years, European Best Destinations, a European organization developed to promote culture and tourism in Europe, has asked people to "click and vote" for their favorite European destination. While the 2016 list includes many of the usual suspects, such as London, Rome, Athens and Berlin, it also includes some previously unknown-to-me destinations, like Plovdiv, Novi Sad, Kotor and Zadar. But the two that have me stumped are Paris and Prague. Should I vote for the city that I fell in love with at the age of 18 and which I continue to cherish, regardless of her faults, or should I vote for the city which is working its way deeper into my heart on a daily basis?

So, what has transpired between today and my January 4 post in which I implored Stéphane to take me home, meaning back to Paris?


A lot! For starters, we found an apartment that we're going to take possession of later this afternoon. It not the one located in the incredible "Three Musketeers" building on Siroka Street or the loft apartment conveniently situated on the same street as a bakery and one of the best cocktail bars in Prague, but it's the one that felt like home when Stéphane and I walked through the front door. It's where we could imagine building a new life together in Prague.

Before our new life could start, however, I had to return to Paris to supervise the movers who were packing our belongings in mid-January. It's a job that always depresses me because no matter how many sweaters I give to friends who are collecting winter clothes for refugees or knickknacks I donate to charity, the sheer volume of items to be packed always makes me realize that we have accumulated way too much stuff ... stuff that I'll need to find a place for in our new apartment.

The physical experience of moving from one country to another is always an interesting cross-cultural exchange and this move didn't disappoint. The team of Czech movers charmed me from the first moment I looked out the window and saw them taking selfies with the Eiffel Tower in the background. Since I completely understand the urge to capture your first glimpse of the Iron Lady, I managed to forget that they were an hour late. They more than made up for it during the next couple of days when they worked long hours that would have incited a French moving crew to strike.

And speaking of strikes, thank goodness that Stéphane and I had taken photos to record our move to Paris because they came in handy when the French operator of the exterior lift adamantly refused to let the Czech movers use his lift because the angle to our fifth floor apartment was too steep. Rather than waste an hour futilely debating with a Frenchman, I told the operator that I had photographic evidence showing that we had used a lift to move into the apartment. Evidence which I could get if he would wait for me to go to my hotel in the 6th arrondissement (our apartment was in the 16th), pick up my laptop with the photos and return as quickly as possible. He signaled his agreement with a Gallic shrug of his shoulders and told us that he was going to wait in the neighborhood café.

In order to keep this post relatively short, I'll spare you the details of all the ensuing telephone calls between Paris and Prague. Suffice it to say that approximately two and half hours later, a different lift with a more obliging operator appeared on the scene. No sooner had he secured the exterior lift to our balcony than the youngest member of the Czech moving team, in an effort to be helpful, leaped onto the lift platform. "Get off," I shouted fearing for the young man's life. "Are you crazy?" yelled the lift operator in French. "I'll be fined if a policeman sees you. Where are you people from? Don't you know anything?" With two people shouting at him in incomprehensible English and French, the Czech mover remained frozen on the lift like a deer caught in the headlights of a car until his supervisor translated my panicked explanations that the lift wasn't stable and strictly off-limits to people.


My explanations that the movers were from Prague, where they don't normally use exterior lifts, thankfully seemed to soothe the ruffled feathers of the Frenchman. I certainly hoped so because it was nearing lunchtime at which point we wouldn't have any luck finding another lift operator in Paris.

With me translating his instructions into English for the Czech supervisor, the Frenchman told the Czech movers how to load the lift. "The heavy boxes go in the middle, the lighter ones on the side." "The couches should be placed on their back near the arm of the lift." And then, the Frenchman decided to show that he had forgiven the Czech movers by making a joke. "Tell them," he directed, "that the tables must go on their backs with their legs in the air ... like a woman." The expression on my face must have revealed that I had no intention of translating the last bit because he tried to convince me with a smile and another "tell them".

"Ahh, the French. You've gotta love 'em." That's what I told Stéphane when he called that evening from Hungary to ask how the move had gone.