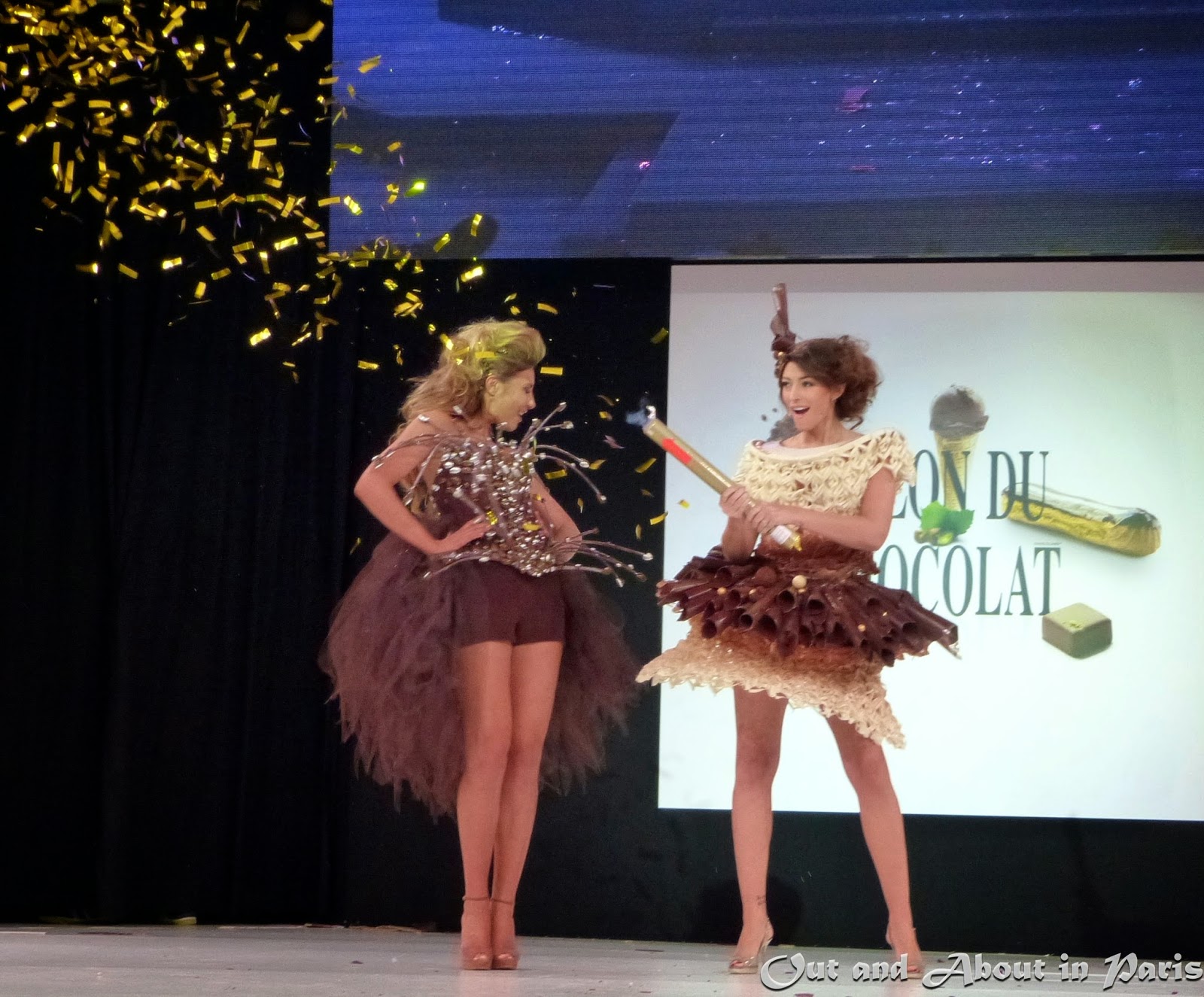 I spotted quite a few of my favorite gowns from previous years: a mythological looking garment with diaphanous wings, a dress with four white doves enclosed in a delicate chocolatey flounce at the back and a Hindu goddess style costume with an ornate headdress. 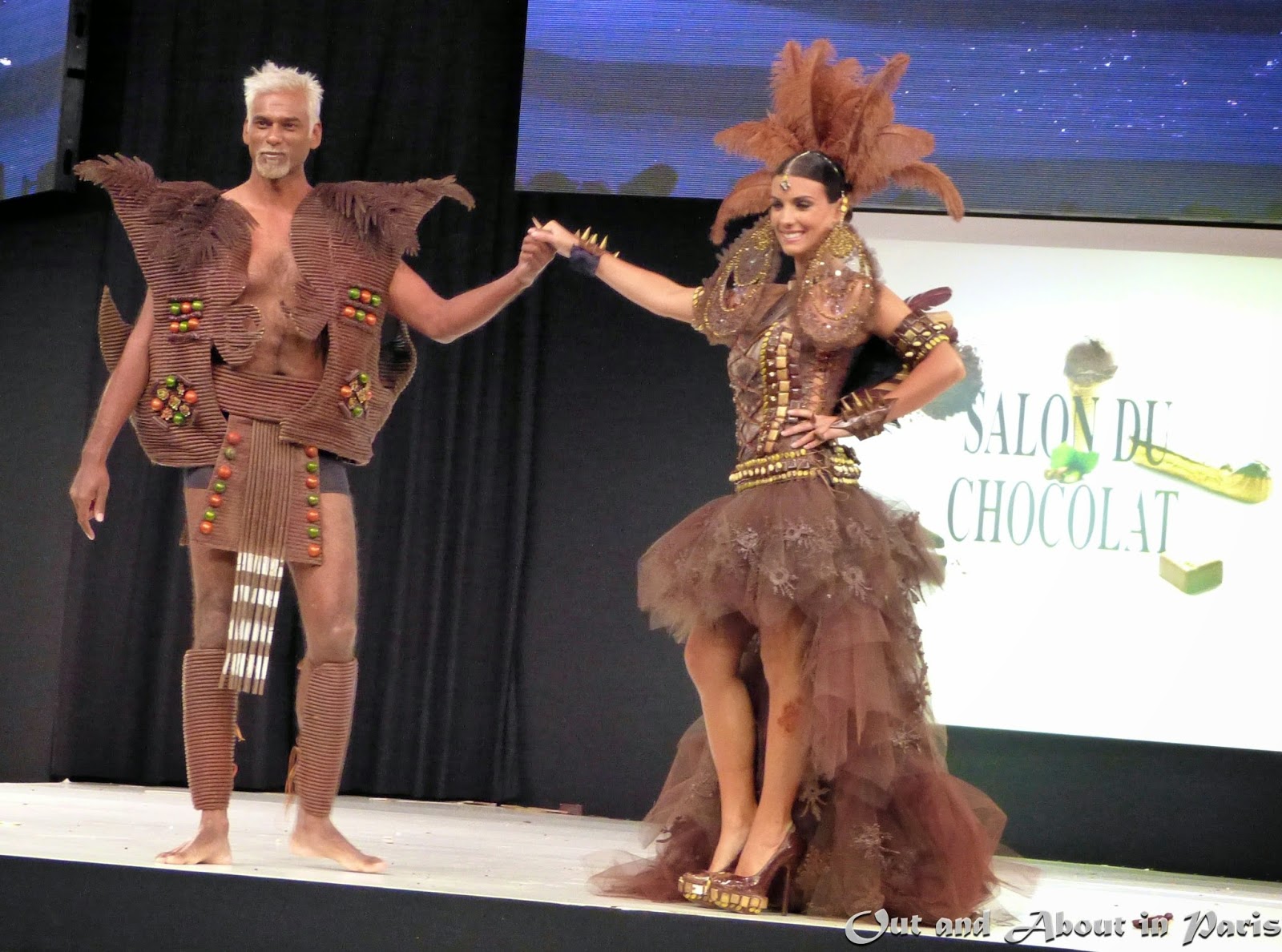 Crowd favorites included French actress Marie-Sophie L. in a nude bodysuit wrestling with the temptations of a chocolate serpent and male model carrying a massive crocodile made out of chocolate. When I posted the photo on Facebook, Donna Kerridge's comment, "Wow, what's not to like... cute guy, half undressed and carrying 10 kilos of chocolate..." perfectly expressed the sentiments of all the women in the audience.

Crazy Horse cabaret dancers clad only in chocolate created a stir during the grand finale of the show’s inaugural anniversary evening. Thanks to the joint talents of the cabaret’s costume department and star master chocolatier Patrice Chapon, the famous troupe performed a chocolaty version of its emblematic number “God Save Our Bareskin” which has opened all Crazy Horse’s performances since 1989.