Five differences between dining in Paris and Prague 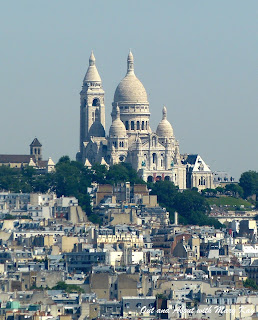 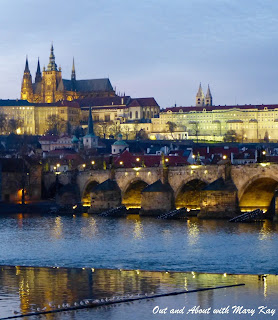 With all of their similarities, Paris and Prague go together like café crème with croissants and goulash with beer. Both of these destinations have cobblestone streets perfect for romantic strolls, meandering rivers and excellent public transportation systems. The short flight time between the two cities make them the perfect pairing for a "best of Europe" vacation.

If you're more accustomed to traveling in France, here are some of the differences I've noted between dining in Paris and Prague:

Smoking is still allowed in restaurants. If you would have asked me a decade ago which country I thought would be the last one in Europe to change its smoking laws, I would have answered "France, without a doubt!" But the French, who are the champions of liberty, have restricted smoking to their terraces while it's still permitted inside Czech restaurants. One of the first questions you may be asked upon entering an eating establishment is if you prefer a smoking or non-smoking table. Interestingly enough, some of the pubs obviously cater to smokers by allocating a surprisingly small number of tables for non-smokers. An anti-smoking bill recently advanced in the Lower House of Parliament but it remains to be seen if it will become a law. The Czech Republic is the last EU member to allow unrestricted smoking in restaurants.

Reservations for restaurants and wine bars are highly recommended. "Do you have a reservation?" Even if it's completely empty, this is the very first question that you'll invariably be asked upon entering a restaurant in Prague. If you have a reservation, the host(ess) will smile benevolently before escorting you to your table. A look of consternation will usually pass over their face if you respond in the negative. This is usually because a restaurant will start holding a table for someone hours before the time at which they've actually reserved  it. For example, if you book a table for 9:00pm, the restaurant will place a "reserved" sign on it well before 7:00pm. While the person who reserves knows that they are assured of having a table, this custom has led to some harsh criticism of restaurants on TripAdvisor by tourists who are upset that they aren't given a table in a seemingly empty restaurant. The old adage of "When in Rome" really applies to reservations in Prague. But should you find yourself at a restaurant without reservations, you'll occasionally be given a table after explaining that you won't stay longer than an hour. That way the restaurant is assured that they won't have to be rude by rushing you out the door and that the table will be available at the correct time for the guest who reserved. Because restaurants in Prague don't usually close between lunch and dinner, we've found that it's easier to get a table without reservations during off-peak times.

Bread isn't always free. If you're used to pouncing on the bread basket as soon as it's delivered to your table in Paris, you may want to ask if there's a charge for the bread or other snacks served before your meal in Prague. We've occasionally been surprised by the additional charge, as much as 90CZK ($3.70) per basket in an upscale restaurant.

Tipping in restaurants is customary. Some restaurants include a discretionary tip. If it's not already added to your bill, it's customary to tip 10% in Prague. Rather than leave the tip on the table, which isn't polite in the Czech Republic, ask your waiter to add the tip to your bill when paying by card. If you're paying with cash, tell the waiter the amount that you would like added to the total.

Beer is cheaper than water. It's almost five years later and I'm still reeling from shock at the 12 euros that I paid for my son's beer in the Latin Quarter in Paris. Even though I wasn't much of a beer drinker when we lived in France, the excellent Czech beers have proven to be seductive -- both for their taste and price. Surprised when a French restaurant in Prague charged 39Kč ($1.50) for a pitcher of tap water, I told the waiter that beer really is cheaper than water in the Czech Republic. He agreed. The going rate for a .3L glass of Pilsner Urquell is 29Kč ($1.20). According to French law, a restaurant must provide a carafe d'eau (pitcher of water) free of charge if a customer requests it to accompany his meal.

If you want a truly special non-alcoholic drink, try one of the homemade lemonades. Most restaurants offer some combination of fresh lemon, mint, cucumber, lime and ginger. They're thirst-quenchingly delicious!

One difference that you won't find between Paris and Prague is in the quality of the meals. Stéphane and I have had some truly remarkable dining experiences in Prague, all at a fraction of the cost that we would have paid in Paris. Bon appétit and dobrou chuť!

Edit: Here's another difference that I noted after publishing this article:

Don't be offended when a server in Prague removes someone's empty plate before the other people at the table have finished eating. They're not trying to rush you out the door. They just don't seem to like it when empty plates clutter the table.