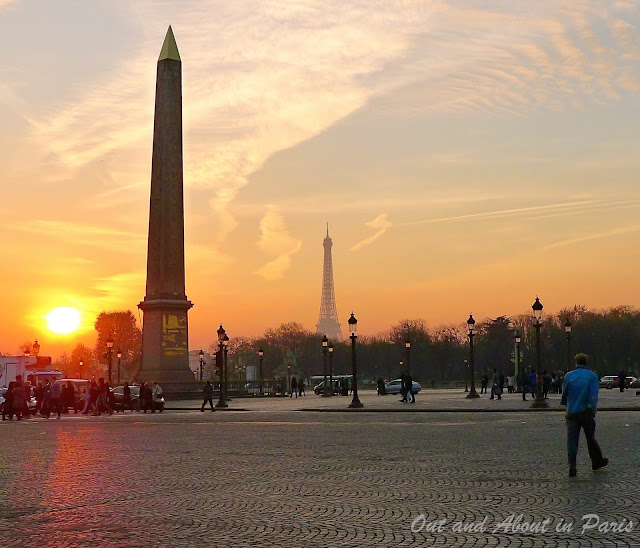 Things have been kind of quiet on my blog lately. I've been in countdown mode, a naturally occurring phenomenon that manifests itself around year two or three, at the very latest year four, of every expat posting. That's when it also becomes more difficult to answer the questions "How much longer will you be in ______?" and "Where do you think you'll go next?". For anyone who isn't a career expat, it probably seems inconceivable that I rarely have a clue as to when I'll be packing up my life and moving on. For me, it's part of the territory. The stability of waking up in the same city for five consecutive years is what Stéphane and I long ago agreed to exchange for the experience of living in other countries.

But, I'm not going to lie. Even though I've been a trailing spouse for a long time, the uncertainties of the past year were starting to take their toll. Whenever I opened my laptop to write a blog post, I found myself studying Google maps instead. Where, I wondered, would we end up next? Africa, Asia, back in Switzerland? Rather than feeling excited at the prospect of starting a new adventure, it seemed that we were playing Russian roulette. I was happy in Paris. Would I be as happy someplace else?

About the time I finally convinced myself to stop worrying about things that were out of my control and enjoy my visit with family in the United States, Stéphane called with the news that we're moving to Prague.

Now that I've returned to Paris and have had several weeks to adjust to the idea, I've started to enter the "leaving" phase of the expat life cycle. My time orientation has shifted from the present to the future. Before I've even wiped the sleep from my eyes in the morning, my brain is flitting from question to question: "Where will we live?", "How will I communicate with people when I don't know any words in Czech?", "Will I find new friends?".

I'm excited, scared, tired and unsure about how it's all going to come together. Returning to blogging seems like a good idea. It's what helped me through the first months in France. Perhaps it will be a welcome distraction as life in Paris becomes another memory.

Let the countdown to Prague begin! I'll get my very first glimpse of the city on December 31, 2015.